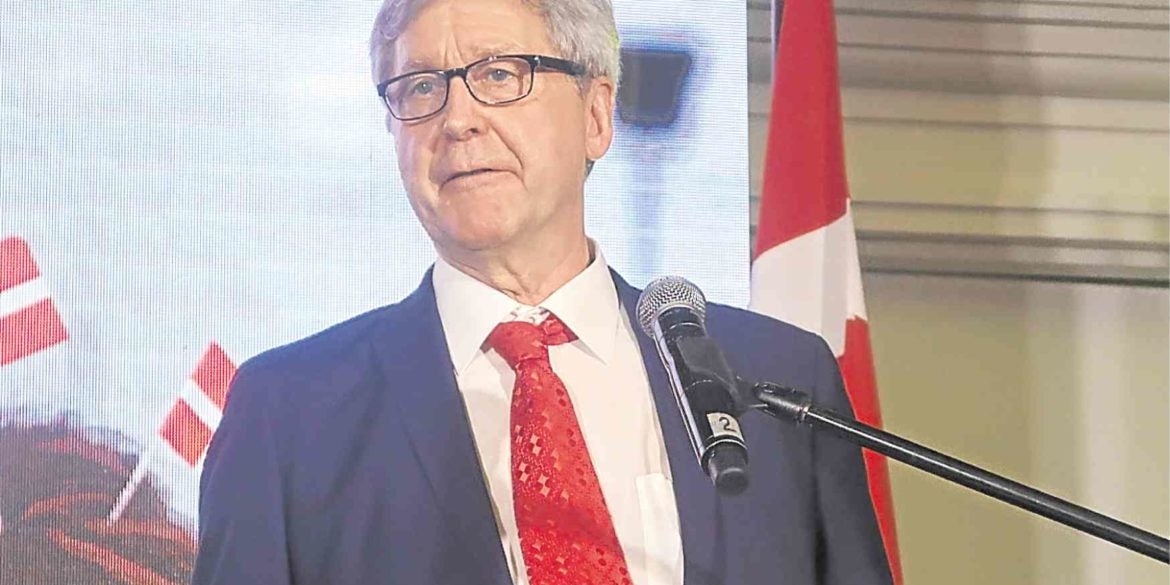 Denmark celebrated its Constitution Day in Manila at Enderun College’s Atrium and Courtyard in McKinley Hill, Fort Bonifacio. An enormous Danish flag hanging from the venue’s roof signaled the commemoration of its first democratic Constitution, signed 170 years ago, in 1849.

In his speech, Ambassador Jan Top Christensen recalled how he had to reopen the Danish embassy, which had been closed for 12 years, and shared the highlights of the last five years: increased trade between Denmark and the Philippines, growing tourism that has led to the opening of a Philippine embassy in Copenhagen, and rich cultural exchanges and artistic collaborations. One of the most notable achievements is the publication of a book that features José Rizal’s translation of five of the fairy tales of Hans Christian Andersen into Tagalog.

Ambassador Christensen reiterated his government’s support for the efforts of the current administration, such as the Bangsamoro process in Mindanao, the executive order on freedom of information, the executive order on reproductive health, the initiative to make state universities tuition-free, and introduction to universal health care. He also praised the government’s huge infrastructure program, and had high hopes for the positive effects of the recently passed “ease of doing business” reform package. —CONTRIBUTED