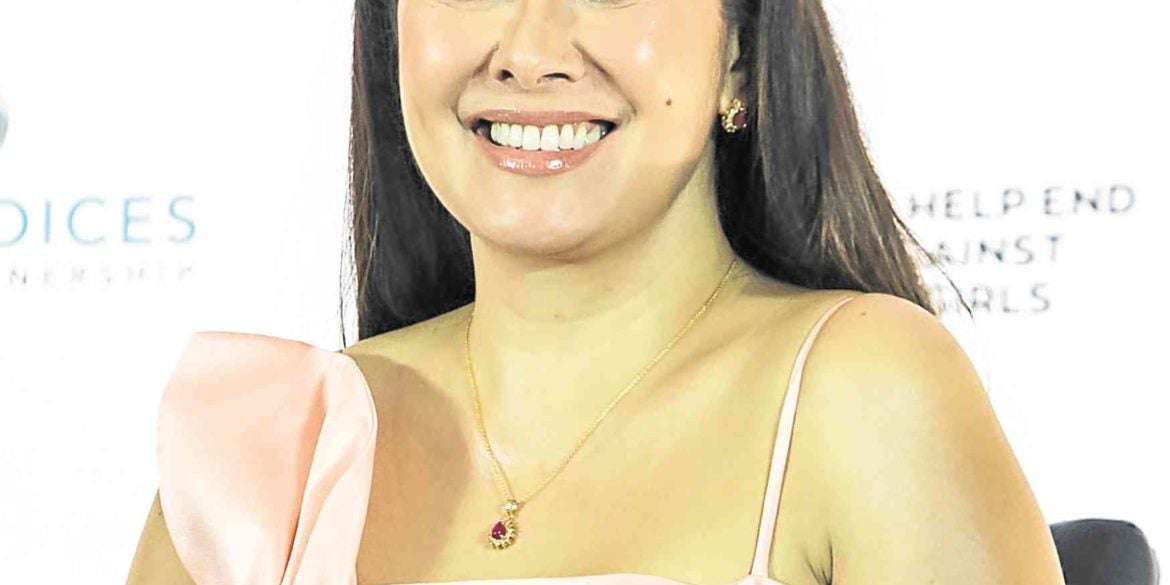 Ruffa Gutierrez, 12 years after the abuse

Though it’s been 12 years since Ruffa Gutierrez announced her separation from her Turkish businessman husband Yilmaz Bektas, she remembers the physical and emotional abuse like it was yesterday. (The actress had cited “cultural differences” as reason for the split, when, in fact, she was a victim of domestic violence.)

“Would you believe that until now I’m still afraid of my ex?” she says. “I live in the Philippines and he lives in Istanbul, and even if we’re okay and talking and he’s invited me to come back many times, I don’t want to go back because I have this notion in my head that he’s going to kill me.”

Diagnosed with post-traumatic stress disorder, she cannot speak about how she worked around the abuse—hiding her scars and bruises with makeup, wearing extensions after her husband cut her hair— without getting emotional. “I guess you’ll never really forget what those experiences brought you. But you just learn and move on,” she says.

Indeed, Gutierrez has come a long way from years of quiet suffering. On her 45th birthday last June 24, she bravely retold her story in a forum for “Voices Against Violence.” Organized by Avon Foundation for Women, with support from Avon Philippines and in partnership with global NGO Vital Voices, the international training program tackles the issues surrounding gender-based violence in the country.

The statistics on domestic violence in the Philippines are staggering. In a 2017 national demographic and health survey provided by the Philippine Statistics Authority, 17 percent of women between the ages of 15 to 49 have experienced physical violence since age 15. Almost one in four women of the same age group experienced some form of abuse (physical, sexual, emotional) by their current or recent partner. Sadly, 41 percent have never sought help or told anyone about the abuse.

Fear—of their husband’s rage, of breaking up the family, of being alone—stops women from speaking up. “It’s psychological,” says Gutierrez, a longtime Avon brand ambassador. “Sometimes the husband isn’t even running after you, but you think that he is.”

Not knowing who to turn to when it happened to her (“I didn’t call the police right away and didn’t know if there was a hotline”), the actress took her story to media, a privilege not many women have, she says.

Today, victims of domestic abuse can now seek help through numerous channels. According to Gen. William S. Macavinta, police chief superintendent of the Philippine National Police Women and Children Protection Center, women can report incidents of spousal abuse through a hotline (7230401 local 5444 or 3697) or any of the 1,900 women’s desks in police stations nationwide.

Centers for rescuing and rehabilitating victims of violence and abuse have also been established. The Development Action for Women Network (Dawn), founded in 1996, provides

victims of sex trafficking in Japan—many of them young single mothers abandoned by their Japanese partners—with counseling, skills training and theater therapy to help them overcome their traumatic experiences.

Dawn’s survivors have even started selling Avon products. “When women earn their own income, they can make decisions for themselves,” says Carmelita Nuqui, Dawn executive director.

While financial independence emboldens women to walk away from their abusive partners, speaking up is still the first step to freeing themselves from the secret and shame of domestic violence—and ensuring it ends with them.

Gutierrez, whose two daughters with Bektas are now in their teens (Lorin is 15 and Venice, 14), told her girls the truth about her marriage when they were 8 and 7, respectively. “They understood and they cried a lot. But as a mom I feel I have to set a good example for them to be strong, independent women who don’t need a man to survive.”

The actress has also started accepting commercial endorsements being offered to her girls, making sure they are financially stable even at a young age.

“It’s always difficult,” she admits of being in, and leaving, an abusive relationship. “I’m just grateful I surrounded myself with family and good people, empowered women who helped me through my journey.”—CONTRIBUTED