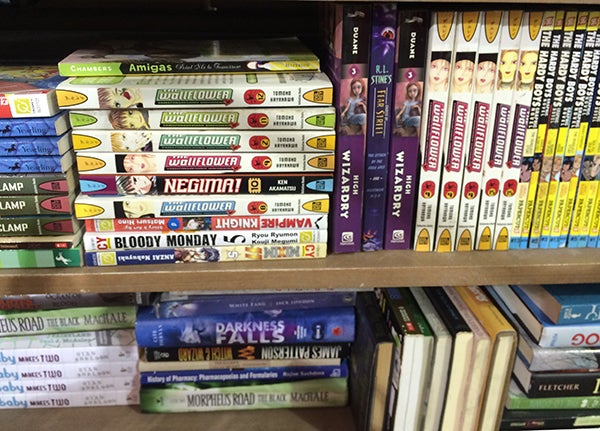 Manga adopted in Indonesia as tool for teaching Japanese

SUMEDANG, Indonesia — “Astroboy” and other manga works have been incorporated into Japanese classes that began in Indonesia last month for university students hoping to work in Japan.

In a class in June at the Indonesia University of Education in Sumedang, Western Java, about 50 students sketched characters from manga series such as “Astroboy,” “Chibi Maruko-chan” and “Captain Tsubasa,” while writing the titles of the manga in Japanese next to their illustrations.

Andi Aripin, 21, drew a portrait of the main character from “Yowamushi Pedal,” a popular manga series about bicycle racing, before writing the title in Japanese.

“I wrote the Japanese word ‘yowamushi’ for the first time. I found it difficult to write the kanji,” Aripin said, smiling wryly.

The idea for the class was proposed by the International Foundation of Educational and Cultural Exchange, a Kyoto-based general incorporated foundation that promotes the acceptance of foreign workers, for students planning one-year internships at nursing homes in Japan. The proposal was then adopted by the university.

The class is held irregularly when a Japanese lecturer visits the college.

The Economy, Trade and Industry Ministry lobbied copyright management organizations to allow using some of the manga illustrations for the classes.

After completing their internships, the students aim to find jobs in Japan as laborers with specific skills — a new residence status created as part of the framework for accepting more foreign workers into Japan.

“[Using manga as class material], I was able to attract students’ attention,” said Hiroshi Okochi, 52, an adviser to the foundation and lecturer for the class. Other inquiries have also been made about starting the class.

Japanese is considered a difficult language for foreigners to learn due to the vast number of kanji and complexity of the grammar. In the Japanese-Language Proficiency Test held last December, only 35 percent of test-takers passed the exam for the N4 level, which requires the ability to understand basic Japanese and is considered necessary for those who work in Japan.

Amid such challenges, manga is expected to be used worldwide to help students learn Japanese.

The ministry is backing the initiative with a view to further boosting the popularity of Japanese manga, which already enjoys a fan base overseas.

“This will be a new approach for broadening the base of manga readers,” said Junichiro Mimaki, director of the Cool Japan Policy Division.