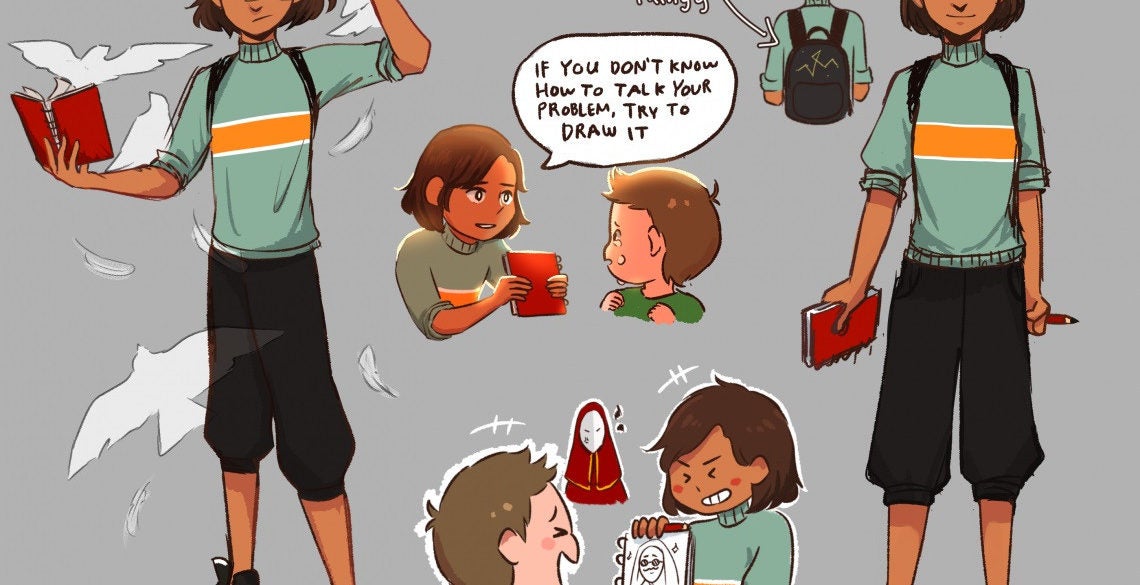 The launch event took place under Child and Youth Art, Advocacy and Action to be Safe to Learn, one of the events held during the 2019 High-Level Political Forum (HLPF) on Sustainable Development.

Known as Cipta, the comic encourages children and youths to speak up and fight against bullying. Cipta, the comic’s main protagonist, has the ability to bring her drawings to life to defeat evil power and restore peace.

Cipta was the winner of UNICEF’s School Superhero Comic Contest launched in October 2018. Following the announcement in January, Rizka has collaborated with a team of writers and illustrators in the US to develop the comic’s concept. Cipta will be distributed to students in more than 100,000 schools worldwide, including Indonesia.

“I wish Cipta could inspire people to take action, especially those who are afraid to speak up,” Rizka said in an official statement. “By creating a comic, I’d like to help the youth to ease their fear and use their own superpower to stop intimidation and violence, including through art and expression, such as drawing, writing, [getting involved in] activities or acting.”

Women’s Empowerment and Child Protection Minister Yohana Yembise, who was present during the event, said youths were agents of change who could make school a safe place to learn. “One of the examples is Rizka’s comic book which won the 2019 UNICEF School Superhero Comic Contest,” said Yohana. “[…] We have to be more active in supporting young people such as Rizka to speak about violence at school.”

At the same time, UNICEF executive director Henrietta Fore said Cipta was a strong metaphor for young superheroes worldwide in facing violence and intimidation at and around school. “In conjunction with the 30th anniversary of adopting the Convention on the Rights of the Child, I have no doubt that the youth around the world, including Rizka, will inspire world leaders to take action for children’s rights,” Fore said.