The miseducation of fashion design students (or before you enroll, read this) | Inquirer Lifestyle ❮ ❯ 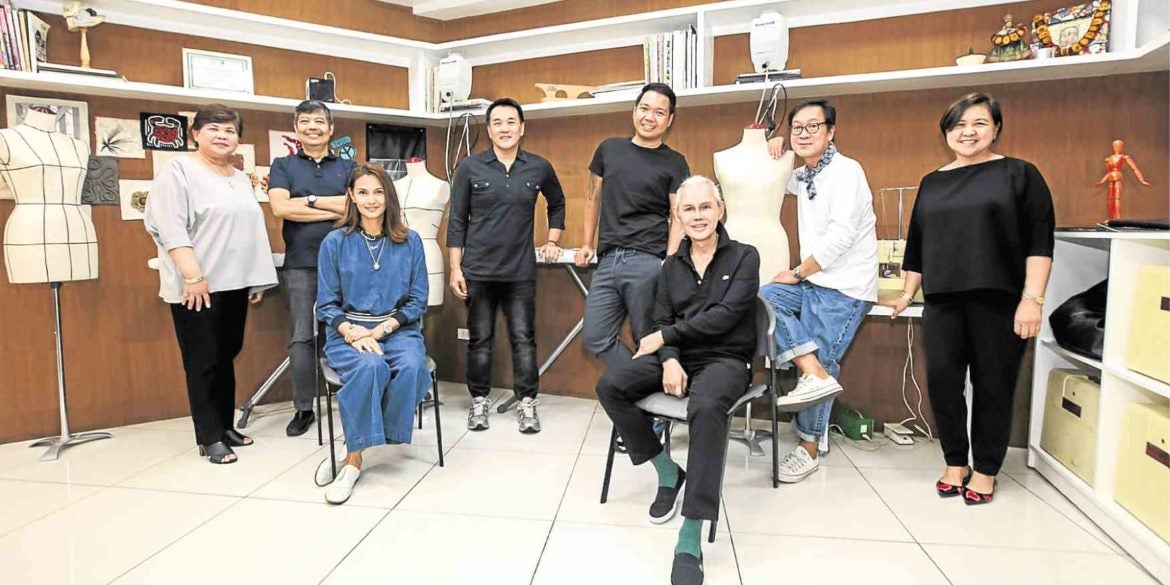 The miseducation of fashion design students (or before you enroll, read this)

‘There was a generation inspired by Alexander McQueen, now all inspired by Michael Cinco. Their works all look the same. If you don’t read the captions, you can’t tell them apart’

Inno Sotto makes no attempt to hide his exasperation, as he says the number of fashion schools in the country has become somewhat problematic and detrimental to Philippine fashion design.

It’s Tuesday morning and the eminent fashion designer is with his co-mentors at Fashion + Arts + Business (FAB) Creatives on Pasay Road, Makati, to discuss with Inquirer Lifestyle the scholarship FAB is offering in a comprehensive one-year fashion course that will start in October.

FAB was put up in late 2017 by another foremost fashion designer, Jojie Lloren, with several friends, all either academics or fashion industry professionals. Lloren, like Sotto, has taught in at least one local fashion school at one time or another.

“It has become a trend. There are so many!” says Sotto. “I don’t know the actual intention of the people behind them. I think the problem is that they no longer screen students.” He recalls his life as a fashion student in the US (first, at San Francisco School of Fashion Design and later at Parsons in New York), where his class was whittled down as the course progressed.

“What you teach has to be tailor-made to the aptitude of the person you’re teaching,” Sotto adds.

“When I judge contests, the model can’t sit in the dress. It’s overdesigned. There was a generation inspired by Alexander McQueen, now all inspired by Michael Cinco. Their works all look the same. If you don’t read the captions in the magazines, you can’t tell them apart. But how can you blame them? It works for Michael Cinco because, of course, that’s his market! Is it the fault of the designers or the women who buy them?”

Adds Tweetie Gonzalez, who will teach Fashion Accessory Design with Maco Custodio, “The way I see it, it’s very much like wardrobe design. Each creator must have a point of view, something that sets you apart, to be recognizable to consumers.”

“If one is skilled in cutting but has no knack for design, set up a shop to do patterns, that’s how it is in New York! There’s money there. It’s a skill. Not everybody can do it,” says Sotto.

Lloren, himself a graduate of the University of the Philippines’ Clothing Technology program and a scholar of the Ecole de la Chambre Syndicale de la Couture Parisienne in Paris, France, set up FAB not primarily as a moneymaking venture.

“It may sound clichéd, but the reason was to give back,” Lloren says. “My vision is to see Philippine fashion practitioners be better—even better than our generation.”

It was because of this that the FAB team thought of offering a scholarship. “We’re still afloat,” Lloren says with a laugh. “Getting more students is a struggle. A lot of those who are inquiring, they say the cost is beyond their budget. We thought, maybe one or two of these are super-talented, so let’s start a scholarship program.” (To apply, visit http://fabcreatives.com/scholarship/ or @fabcreativesmanila on Instagram for the mechanics. Deadline is Aug. 15.)

Lloren will teach Flat Pattern Drafting and Fashion Draping, while Sotto will handle Designing A Collection toward the end of the curriculum.

“Instead of studying for so many years, after one year you can get your ROI because you can start working. Since mentors are people in the industry, the students will have easy referrals,” says art gallery owner Albert Avellana, one of FAB’s directors.

Lloren was determined to get respected industry professionals as FAB mentors who would be willing to impart their knowledge and experiences. Outside of the one-year program, there are various workshops in other fashion-related disciplines—Fashion Show Production by Jackie Aquino, Ariel Lozada and Robby Carmona; Fashion Photography by Jun de Leon, Jo Ann Bitagcol, Sara Black and Benjie Jacinto. Fashion designer Cherry Veric will teach about beadwork; Dong Omaga Diaz will share what he learned at Lesage in Paris.

Some workshops are electives in the one-year program.

The goal is to show that “we are not the exceptions. In Manila, in the Philippines, that’s the standard for designers,” Sotto says. “What they teach here comes from experience. It’s not easy. I can tell which school a student comes from by the way they work on the seams alone! Now when they design a terno, they put long sleeves, like gloves!—‘It’s my new take on the terno,’ they’d say. Which part of that is the design?”

Sotto says the internet has been a boon and bane to the current generation who wants to get into fashion. “They’re all millennials, ‘present perfect,’ meaning perfect in the present. They have no reference to the past. They don’t care… That’s why the level of sophistication in Philippine design is like this,” he says.

“It’s most difficult to teach taste. You have to be aware of things other than the technical stuff. You have to be knowledgeable in the arts, and be appreciative of other things, to raise your taste level. It’s hard to teach color. And you have to teach fabrication. You don’t design a fully beaded dress for the Sona in black velvet that will be worn at 3 p.m. That’s only for a carroza during the summer! There are fabrics you use only during certain seasons.”

Lloren and company don’t see FAB as competing with other schools but as complementary to what others offer. FAB’s workshops fill the gaps, he says.

Asked if they have difficulty retraining students from other schools, Lloren says, “They just realize, why didn’t they teach us this?”

“It makes you wonder how they’ve reached that level, after two years in school,” says Avellana. “And the school isn’t letting them go.”

Pidge Reyes, a director and administrative head of FAB, says his goal as mentor is to steer his student in the direction where s/he has most potential. “You give them direction. I have a student, because she’s large she wants to do plus-size clothing. Okay, but what are your designs, your strengths, your production, your suppliers? How do you maximize your fabrics? What are your ratios? That’s why it’s important to keep the classes small so the instruction is personalized.”

Each class at FAB has a maximum of eight students to enable the mentors to gauge the strengths of the students. They’re given hands-on exercises.

Ultimately, mentoring a new breed of fashion professionals will uplift the industry, says Sotto. “It’s important that if people say ‘fashion designer,’ it’s a business, a skill, a profession, just like an architect. There is respect. It’s not ‘they’re just designers.’ Generations after us should be even better, because these instructions are available to them now.”