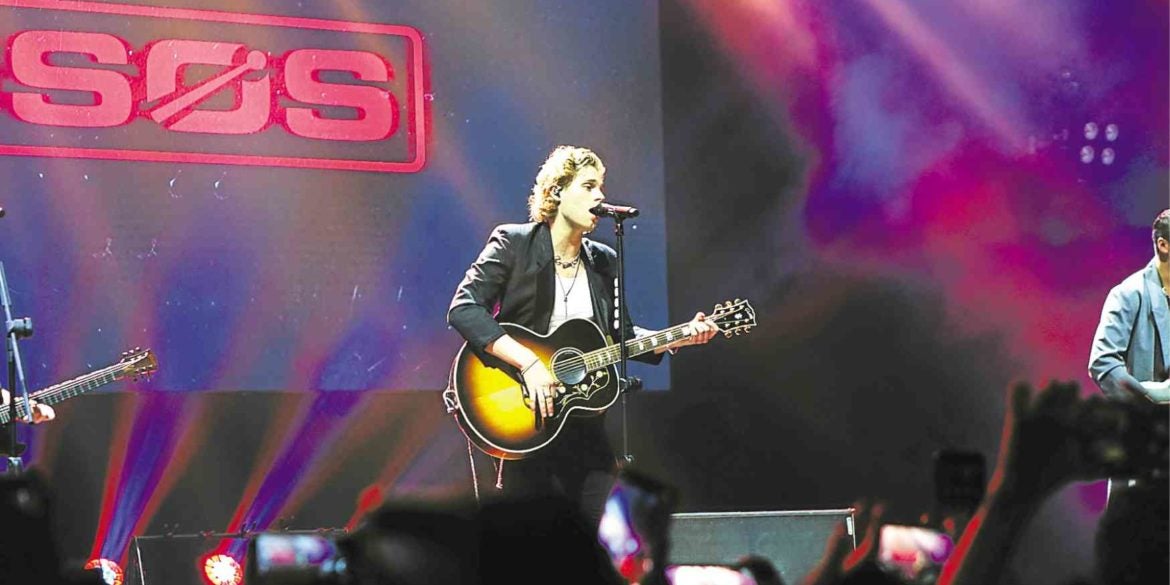 This is the first time 5SOS (5 Seconds of Summer) has visited the Philippines for more than two days, and the guys made the most of the trip.

They explored Manila (even braving the heat in Intramuros), rode a jeepney, ate Filipino food (sisig and adobo for the win!) and tried to find Jollibee (which we hope they did before flying out).

To be You sat down with Luke Hemmings (vocals/guitar), Michael Clifford (vocals/guitar), Calum Hood (vocals/bass) and Ashton Irwin (vocals/drums) to get the details on their Manila trip and their highly anticipated fourth studio album, a few hours before their intimate acoustic show July 11 with select Filipino fans at the New Frontier Theater. (Thank you, MCA Music.)

“After we released the (third) album ‘Youngblood,’ we really knew the direction we wanted to take, especially after touring for so long. We knew the areas that we wanted to fulfill creatively but hadn’t,” Calum said.

Coming from its previous pop-punk release, 5SOS has a noticeable change in its tone and visuals, especially with “Easier,” the first single off its new record.

5SOS’ music video evokes a similar vibe—dark, gothic and cool, where the band also introduced four icons that represent each member. Of course, we had to ask what each sigil (an inscribed or painted symbol considered to have magical powers) means.

“The icons are actually ever expansive,” Ashton said. “They’re not really pigeon-holed to one event in our career. It’s more philosophical and each band member over time, I’m sure, will evolve with that icon. It’s a symbol of liberation for each artist in the group.”

The band noted Depeche Mode and Echo & the Bunnymen as two of its main influences (there are too many to mention) on the album, which is evident from the sound of the first single. The consistency of 5SOS to stick to its vision and to adjust it to the modern pop landscape is fairly on point.

“I’m glad that people are understanding those influences and where the soul of the music lies, even though it’s modernized and often totally different to that music,” Ashton said. “Cal has really evolved in his synthesizer and keyboards, and Michael’s really interested in electronic music, so I think that’s when you get something really special. We have a cocktail of different influences and motivations behind the music.”

“Yeah, it almost feels like a mixture of sincere singer-songwriter stuff like Johnny Cash, with everything mixed into one,” Luke added. “But it’s always like a sincere, top-of-the-line product.”

When asked about the upcoming record’s album title, track list, favorite track and release date, all the band members could say was, “it’s to be discussed.”

“The way albums work these days is different from how it used to be. It’s not so strategic,” Ashton said. “We still make albums, obviously, and that’s one of our priorities, but we kind of just wait to see what songs our fans gravitate to the most and what singles actually do the band justice. And then we make moves and decide what’s best for the album. So we’re kind of a little far off from that chat yet.”

He added: “It’s also dependent on how the music industry shifts and evolves. What other artists do will affect what we think we should do with our music.”

There’s one thing 5SOS is sure of: The Philippines will be part of its next world tour. (And we’re definitely excited for that!)

“I think Filipino fans should really respect their own presence in the world music stage. I think you [do every artist] so much justice in this country,” said Ashton. “You have such an incredible live following for music here, which not every country has, and I think that’s one of the greatest qualities, from an entertainer’s perspective.

“You seem to really value coming together as fans of groups and artists and you really motivate, make or break careers for people. So, yeah, that’s one thing that should be noted.” —CONTRIBUTED