Getting real with ‘The Lion King’ | Lifestyle.INQ ❮ ❯ 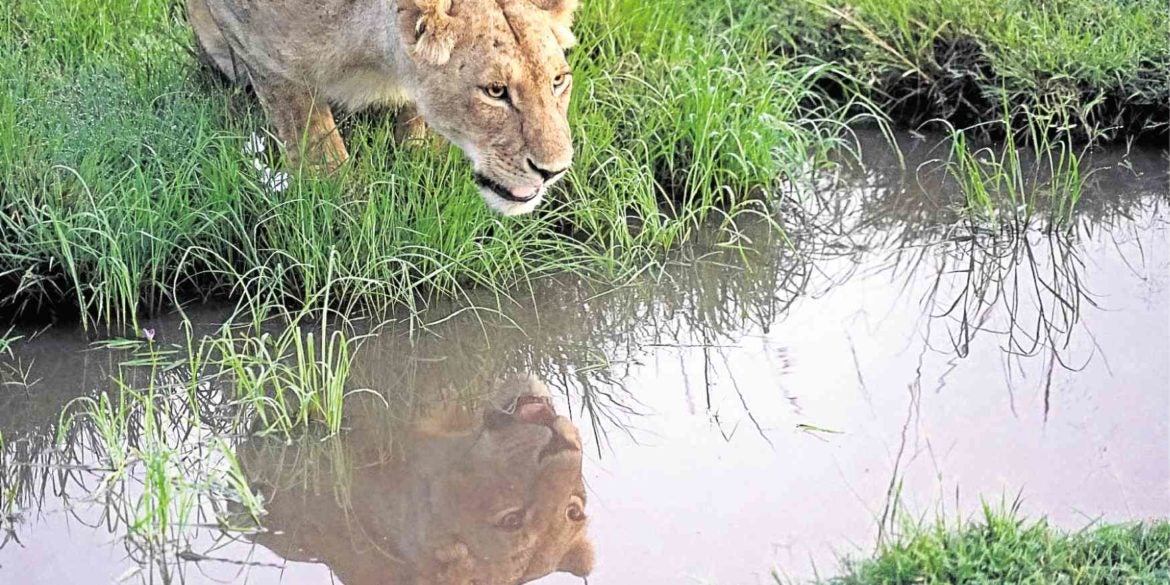 Getting real with ‘The Lion King’

Among all the Disney animated movies, “The Lion King” presented a unique and daunting challenge in becoming the latest of its live-action adaptations for a very simple reason: There were no human characters in it. Every one of the 1994 classic’s characters is an animal and while you can indeed render all of them in stylized form in the animated film, you cannot do that for the 2019 live-action version.

When the original “The Lion King” stampeded into cinemas in 1994, it mixed its “Hamlet”-meets-animals epic with music from Elton John, Tim Rice and Hans Zimmer. It introduced us to Simba, Mufasa, Scar, Timon and Pumbaa. It taught us about the “Circle of Life” and how to live “Hakuna Matata.” It conquered the screen—and soon the stage as well, as Broadway saw the coming of Julie Taymor’s jaw-dropping stage show.

Now you can ask, is it really live-action, considering the characters in the new film are indeed CGI-rendered? How do make it real? How much did the creative forces behind the film have to bring to life? How do you make a new film distinctive from its iconic original film and the world-wowing Tony Award-winning stage production?

Remember what Mufasa said: “Everything the light touches is our kingdom.”

You make it all real. You build the world.

This is actually an area that Disney has been experimenting in. Notably, director Jon Favreau already possessed experience in this area. “The Lion King” is not even his first live-action take on a Disney animated film.

In 2016, Favreau directed “The Jungle Book,” in itself a live-action reinterpretation of the 1967 animated film, which is in turn an adaptation of the Rudyard Kipling adventure novel. In that film, Favreau and the creative team based the animals’ movements on the movement of real animals. Several members of “The Lion King’s” creative complement actually won an Academy Award for the effects in “The Jungle Book.” So you can say Baloo and Bagheera begat Simba and Scar. You can also say they were off in the right direction from the very beginning.

“The Lion King” takes the requirements of “The Jungle Book” and multiplies it exponentially. It also began much earlier. Long before the script was finished, Disney embarked on an ambitious and quite frankly groundbreaking research process.

It began close to home. At Disney’s Animal Kingdom in Orlando, Florida, Disney set up a complex system of cameras to record the natural movements of the majority of the animals appearing in the movie. They also recorded the sounds made by the animals. All this would become creative fodder for the animators and sound artists. They went all the way to Magdeburg Zoo in Germany to record the little roars of lion cubs.

Of course, you have to journey to Africa if you want to recreate the savanna. Favreau had actually been in Africa on safari half a year before starting “The Lion King” and essentially required Disney to send their people there. After loading up on hours of nature documentaries, a 13-man Disney team embarked on a two-week safari in Kenya to set the stage for creating the film’s setting, the Pride Lands. By land cruiser and helicopter, from Amboseli National Park to Samburu to Masai Mara, the team recorded exemplars of all the animals in the 1994 film with cutting-edge camera equipment. A good example of this is the team’s footage of an actual baby lion, a cub that would inspire how the young Simba appears in the new film. Even the sky became a subject as the team realized how the African sky changed constantly through the day and was seen differently from different ways. The crewmembers went out at all hours—dawn to dusk, pursuing predator and prey alike—to capture all the data they needed. Terabytes of data returned from the continent to roost in the servers of Disney.

They literally went the extra mile. The team scouted different locations for different scenes. The majestic Pride Lands were inspired by Masai Mara, Chyulu Hills, Borana and Challenge Beach in Kenya. The spooky Elephant Graveyard was formed from Mono Lake in California, Yellowstone National Park in Wyoming and Dallol, Ethiopia. The pulse-pounding wildebeest stampede was taken from the Sesriem Canyon in Namibia. Simba’s later journey was taken from the Namib Desert’s sand dunes, Mount Kenya’s environs and the Aberdares waterfalls. Think about the audacity of that African exploration: Everything in the film’s iconography and visual dictionary—the creatures, the locations, the action—came from this expedition. The trip informed every strand of fur, every facial expression and the elegance of every stride.

Africa and authenticity: These two elements became an animated alchemy for the Disney team, which included director of photography Caleb Deschanel, animation supervisor Andy Jones, effects supervisor Robert Legato and production designer James Chinlund. They each took a little bit of the savanna and turned it into a puzzle piece of the whole.

Every Disney animated film transformed into live-action faces the challenge of keeping the magic of the original and yet infusing newfound vibrancy into it. For “The Lion King,” the freshness also came from the research. This attempt to make everything as realistic as possible may be the one thing that is truly winningly distinctive about this take on “The Lion King.”

Visually, “The Lion King” reflected the search for detail and the progressive creative journey of Favreau and the Disney crew. Viewers will see Africa as seen through the creative artists’ eyes, from one part of the world to another, from one hour of the day to the next, from one resilient species to the rest. By the time the magnificent voice vast of James Earl Jones, Beyoncé, Donald Glover and Chiwetel Ejiofor applied their vocal legerdemain to the film, “The Lion King” already had its look right. By the time the old and new songs were set to the film’s time, “The Lion King” already built its onscreen kingdom.

So when you stamp your ticket to the Pride Lands and experience “The Lion King,” remember all the effort into bringing it all to bright, visual life, as Rafiki sang: “There’s more to see than can ever be seen, more to do than can ever be done.”

Disney’s “The Lion King” is now showing in cinemas.