From Audrey Zubiri to Loren Legarda: Terno top with pants was hottest look at the Sona | Lifestyle.INQ ❮ ❯ 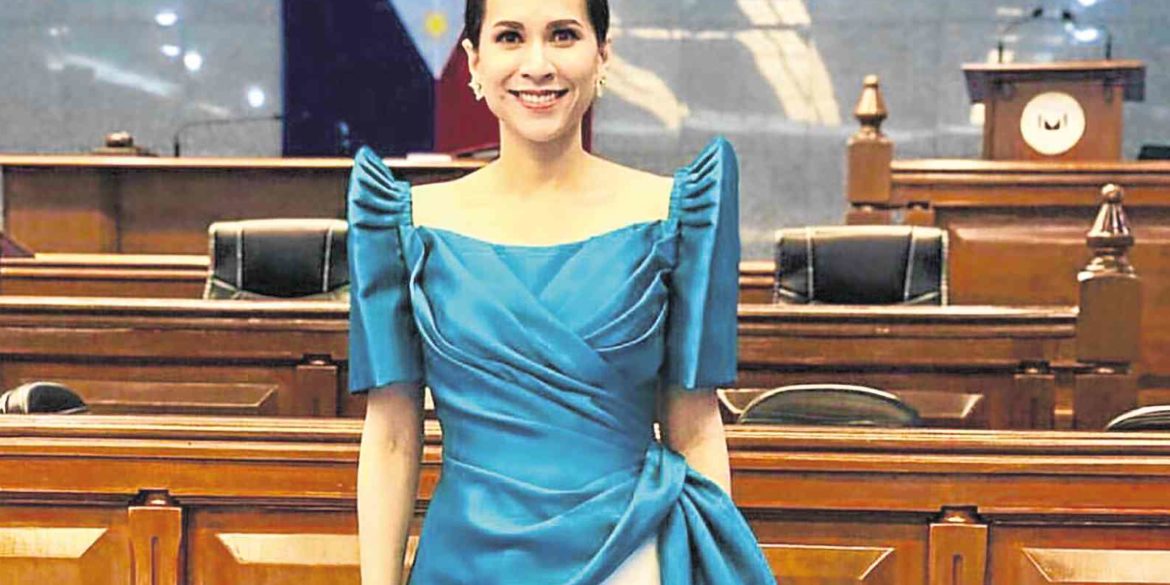 From Audrey Zubiri to Loren Legarda: Terno top with pants was hottest look at the Sona

Guests at the President’s fourth State of the Nation Address (Sona) Monday stuck to Filipiniana, mainly terno for the women and barong Tagalog for the men. The women, however, still  managed to make a statement and show a bit of personality in their sartorial choices.

A few butterfly sleeves quivered with feathers or beaded fringe, and several tops had tiered flounces that added unneeded volume.

Embellishments came in the form of floral or metallic appliqués, lace inserts or topstitching. While many women opted for skirts, others chose a more contemporary combination of terno top and fitted or wide-leg pants.

Christina Frasco, mayor of Liloan in Cebu and wife of Rep. Duke Frasco, wore a white terno with matching pants by Len Cabili of Filip+Inna. Her front-closing tulip top was embroidered with monochromatic blue crosses “to ward off evil.”

“I wanted to wear something that had a meaningful connection to Liloan and Cebu, while also paying tribute to our country’s rich culture and talented artisans,” Frasco wrote on Instagram.

She worked with Cabili, whose father Camilo Pepito Cabili is from Liloan, and carried a white box clutch with gold detail by Cebu designer Neil Felipp.

JC Buendia, one of the designers at last year’s TernoCon, told Lifestyle that this pairing is a “common request because the tops can later be mixed and matched with pants or a different skirt.”

He created the terno worn by Rep. Lani Cayetano, wife of House Speaker Alan Peter Cayetano, as well as those worn by Justice Undersecretary Em Aglipay-Villar (two-piece white silk gazar) and Charlotte Benitez (navy blue noodle strap gown with a terno top that fastened at the nape with a bow).

Rep. Yedda Romualdez wore two gowns by designer Cary Santiago, a gray brocade maria clara in the morning and a terno at the Sona later that day. “I created my own wooden molder to achieve the wider and broader sleeves,” Santiago said.

Sen. Risa Hontiveros also wore a knee-grazing dress by Joel Acebuche that drew a lot of attention. Made with piña woven in Kalibo and embroidered in Lumban, it was patterned after the baro’t saya.

On Instagram, Hontiveros wrote, “I used my old pair of shoes made in Marikina—matibay!”