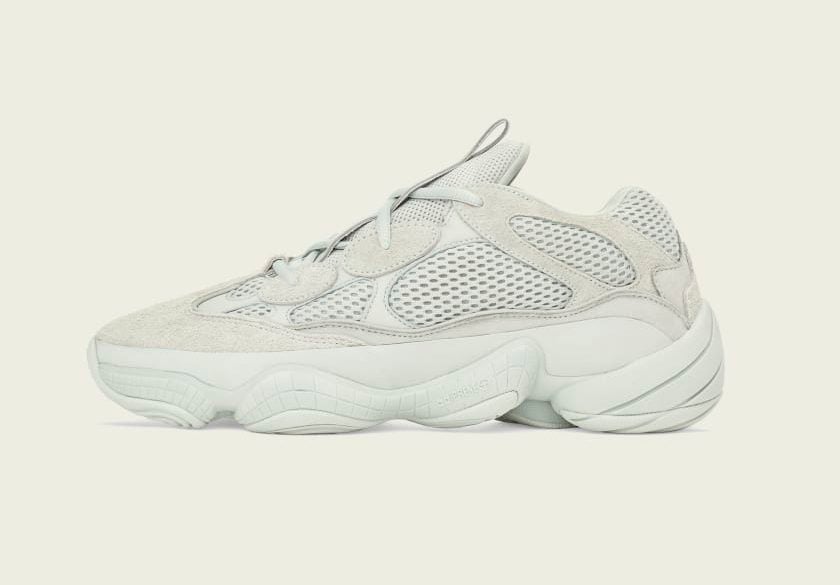 Kanye West and Adidas continue to craft newer designs of the Adidas Yeezy 500 and Yeezy Boot 700.

According to the Yeezy Mafia, they’re set for another Yeezy release.

Since the release of the first Nike Air Max 180 in 2005, Kanye West has been a forefront leader in the footwear industry.

West has gone on to partner up with the Three Stripes for the Adidas Yeezy Boost Line. 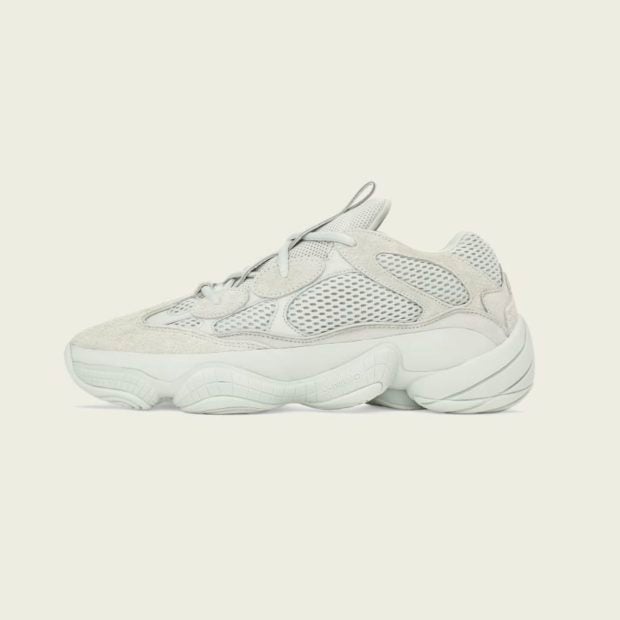 The Adidas Yeezy 750 Boost “Grey” was the first sneaker to launch from this collaboration in February 2015.

To date, the Yeezys are a solid influence in the high fashion industry as well as the streetwear sphere.

Kanye West’s Yeezys has solidified its place even more among the people as the multi-million footwear company has been reinforced by the 350, 700 and 500 members of the footwear family.

The newest 500 to extend the Yeezy line is the Yeezy 500 Bone White.

The first colorway from the Yeezy 500 was the Desert Rat colorway.

It dropped in December of 2017, as a pre-order sneak scheduled to be delivered on March 2018.

This colorway was later renamed to ‘Blush’ and only available in a bundle that had to see shorts and a hoodie as well.

Since then, the sneaker has gone through loads of design switch-ups and changes.

Still, it seems to have maintained the particularly unique and different look that caught our eye from the start.

Some sneakerheads have dubbed it the ‘Blush 2.0‘ with a dash of ‘Salt’.

It is indeed quite hard to differentiate between those two sneaker colorways and the 500 Bone White.

After two years of waiting, the Yeezy Mafia finally announced the release date of the “Bone White” Adidas Yeezy 500.

This Yeezy launch announcement dropped just a day after sneakerheads got an early peek at the new Yeezy.

Every Pair of Yeezy Sneakers Kanye West Has Designed

The Best Adidas Superstar Shoes You Can Buy Right Now

The “Bone White” look is a display of tonal white upper fused with breathable mesh at the base as well as slick cow leather and shaggy suede overlays.

This new Yeezy 500 does not come with the usual Boost cushioning. It features rather an adiPrene-cushioned midsole for a sturdier platform.

The anticipated date for the Adidas Yeezy Boot 700  and Yeezy 500 “Bone White” release is August 24th.

You can cop a pair from Adidas.com/Yeezy, Yeezy Supply, and select retailers worldwide.

There is also talk of more colorways being released for this Yeezy 500 model in October.