US is PH’s ‘one true friend’ | Inquirer Lifestyle 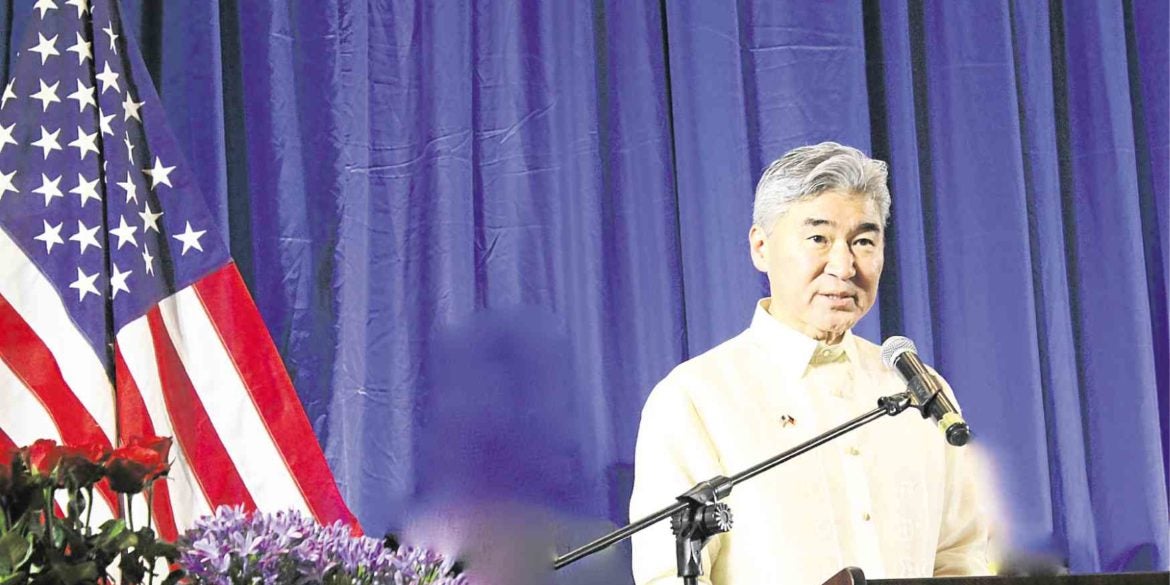 US is PH’s ‘one true friend’

It was all red, white and blue for America’s Independence Day

Rizal Ballroom in Makati Shangri-La came alive with the colors red, white and blue and the sound of clinking glasses, as guests from the Philippine government, officers of the Armed Forces of the Philippines, members of the diplomatic and consular corps, business community and other friends of the Embassy of the United States gathered to celebrate the United States’ 243rd year of independence as a nation.

Guests were entertained throughout the night with tidbits from the rich culture of America, highlighting the selection of American food and iconic brands, as well as its pop culture through Marvel superheroes.

Hosted by US Ambassador Sung Kim together with Foreign Secretary Teodoro Locsin Jr. and Archbishop Gabriele Giordano Caccia, the event commemorated not only the independence of the United States from Britain in 1776, but also the Philippine-American Friendship Day.

“We also honor the Philippine-American Friendship Day, a unique and symbolic expression of the strong and historic bonds between us,” the American envoy said. “From the Philippines’ chairmanship of the Asean Summit in 2017 to the return of Balangiga Bells last December to our shared commitment to regional peace and security, our two countries worked together for the benefit of our people.”

Locsin also highlighted the strong bilateral relationship between the two countries, and said America is a natural ally of the Philippines.

“It’s like a spouse; can’t live without them but sometimes you wish you could. But really you can’t,” Locsin said. “It is not fear of alimony, but of being alone—of missing a dependable presence in a world that shows only three consistent aspects: nastiness, brutishness and brevity.”

Locsin added, “In the end, it is what makes us love America. She is the larger image of ourselves as we are her smaller image, and we care for her as we hope she cares for us. Some of us may wish for variety, but we know, and history shows it, there can only be one true friendship.”

Founded on shared values, both countries have an enduring alliance built on people-to-people ties, forged through education, exchanges, family connections, and travel. —CONTRIBUTED