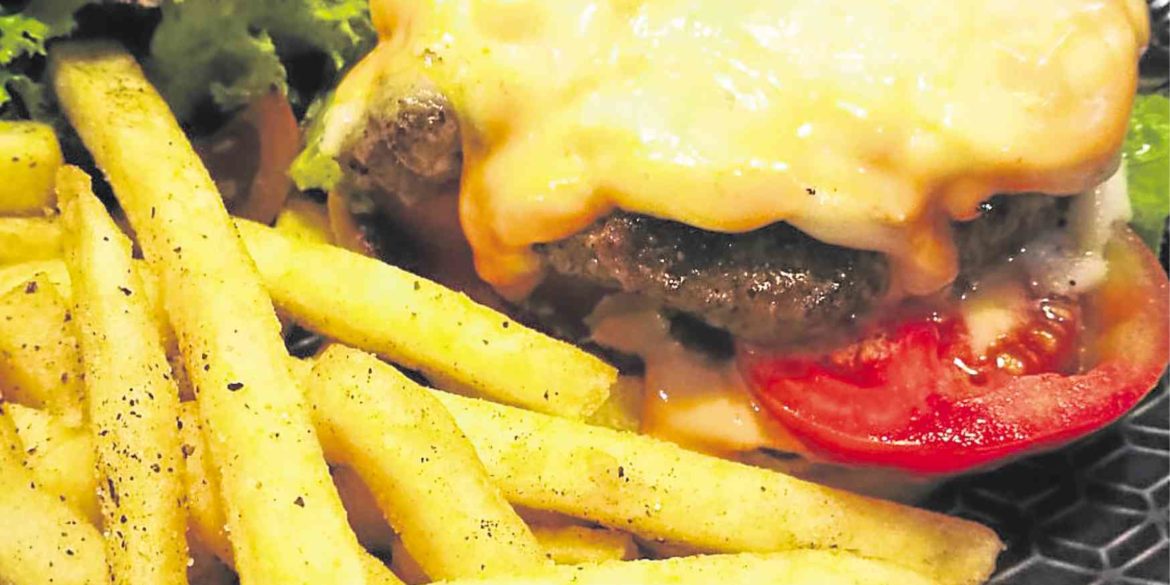 This month, Davao City is celebrating Kadayawan Festival in thanksgiving for a bountiful harvest. The moveable feast used to be held on the third week of August but this year, it’s a monthlong event punctuated by parades and street dancing on two consecutive weekends.

The “Indak-Indak sa Kadalana” street dancing competition is set on Aug. 17, while the “Pamulak Kayawan” floral float parade will be on Aug. 24. Both will pass through set parade routes. Last week, Davao City Vice Mayor Sebastian Duterte said that they were anticipating a rise in tourist arrivals because Kadayawan is already a monthlong celebration.

Food, especially fresh fruit like pomelo, mangosteen and durian, will be on grand display at fruit stands near Magsaysay Park in downtown Davao City and at numerous other locations.

Tourists can have their fill of grilled tuna jaw (panga), belly and tail at many restaurants but if they want to try something else, the city does not disappoint.

Olive Bistro (Phoenix Compound, JP Laurel Avenue corner Arroyo Street, Lanang, Davao City) is one of the newest restaurants to open in the city. The two-

story bistro that opened June 26 features food that chef-patron Anton Abad likes to eat. Abad has worked at several properties including the Mandarin Oriental Manila and Discovery Suites. Until he decided to strike out on his own, the chef was in charge the Vikings buffet chain in Davao.

He and his wife Melanie took over the space vacated by another restaurant a few months ago, made it homier and more welcoming with the addition of plants and wood accents, and came up with a one-page menu listing breakfast items (Beef Tapa, Bonoan Bangus, Spam and Bacon, and a Chorizo plate with a choice of pork link sausages from Vigan, Lucban, Tuguegarao, Cabanatuan or Alaminos), small plates, soups, salads, pastas and entrées.

“He maintained contact with his suppliers from before so now he doesn’t have a hard time sourcing ingredients,” Melanie said. Vegetables come from the local market.

His ceviche is a melting pot of flavors that surprisingly works: there’s Japanese soy sauce and bonito flakes, fresh tuna from GenSan, black vinegar from Ilocos and crumbled longganisa from Cabanatuan. Cheeses from Malagos Farm go into his croquetas while the massive Olive Burger uses fresh ground beef (80 percent chuck, 20 percent short rib) seasoned only with salt and pepper.

“It’s not a complicated menu, basically a mix of what we love,” Anton said. One item that is getting much love from customers is the Rosemary Pork Chops, 300 g of grilled pork with brown parsley rice.

“There was one day we had 13 orders of the pork chop. It’s good for two,” said head chef Dale Yulo Sy.

Who knew Davao had a brunch crowd? Bramble (115 P. Pelayo St., Poblacion District, Davao City), owned by the people behind Bondi & Burke, opens at 6 a.m. daily and offers eggy dishes and a counter full of fresh pastries that have won locals over. The bright and sunny dining area is a favorite of millennials who pose by the decorative swing with its vertical garden, against the tropical leaf print wallpaper or next to the groovy two-story mural outside.

Owner Patrick McCarthy admitted that he wanted to attract “the IG kids,” adding that he thought of coming up with a brunch place because “there was nothing yet like it in Davao.”

“In the past, if people wanted to have a nice breakfast or brunch, they had to go to a hotel or to Swiss Deli. We have good quality baked goods made with imported flour from Europe and Australia,” McCarthy said.

Bramble also offers heartier fare like steak hand pies made with US Prime chuck, and a duck salad with ducks raised in Bukidnon.

Lotus Court, the Chinese restaurant at Marco Polo Davao (CM Recto Street, Davao City), serves some of the best Cantonese food in the city. For a late lunch last month, we sampled some of their dishes including Hainanese Chicken with Jellyfish Salad, flavorful and meaty Prawn Salted Egg, stir-fried US Beef Shortribs with XO, and Garlic Broccoli with Egg White.

Marco Polo Davao has retained its five-star rating and, according to its new general manager Colin Healy, they intend to hold on to it by continuing what they do best: providing top-notch service, comfortable guest rooms, and a selection of F&B outlets offering a wide range of menu options.

Café Marco, the hotel’s all-day dining outlet, is marking Kadayawan by including traditional delicacies like spicy beef rendang in the lunch and dinner buffets. “A Taste of Davao” will be available the entire month of August.