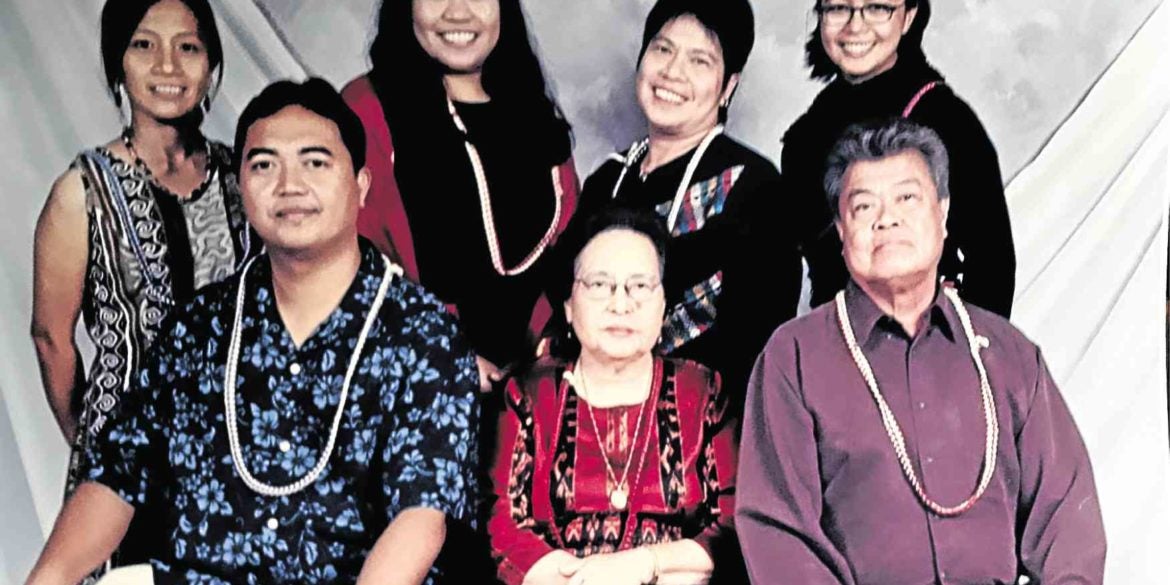 Championing Filipino as a global language

Teresita V. Ramos, who receives the Dangal ng Wika award at the CCP this month, pioneered the Philippine language program at the University of Hawaii Manoa

The University of Hawaii (UH) Manoa, the flagship campus of the UH System, offers a BA degree in Filipino and Philippine Literature, an in-depth study of the languages and literatures in the Philippines. The public coeducational research university has so far graduated at least 50 students since the course opened in 2003.

Filipino is a global language, and the scholarship surrounding it outside the Philippines was pioneered by Teresita V. Ramos. It took decades for this lady from Pampanga to develop the program from the time she joined the UH faculty in 1970.

She returned to the Philippines and taught English at Quezon City High School. When the Philippine Center for Language Study, with support from the Rockefeller Foundation, asked her to develop a teachers’ guide, she took a leave of absence from teaching. After the project, she served as supervisor and language coordinator in the Department of Education.

While at the UH, Ramos served as language training coordinator for Peace Corps volunteers learning Tagalog, Kapampangan, Pangasinan, Cebuano, Waray and Ilokano. The UH later offered her a position to start a Philippine language program that included Filipino and Ilokano—Filipino the emerging national language and Ilokano the language of the earliest Filipino immigrants in Hawaii.

The professor worked hard, and passionately, to write basic texts for beginning and intermediate Filipino. She also wrote around 20 books on teaching and analyses of Filipino.

She established the Advanced Filipino Abroad Program, an outstanding contribution to the propagation of Filipino, if I may add. Funded by the US Department of Education, the program gave advanced Filipino language training to Americans and Filipino-Americans who passed the proficiency interview and academic assessment requirements.

The grantees stayed six to eight weeks in the Philippines for free and were provided with airfare, tuition, books, board and lodging, and interisland travels. Formal classes were given in the morning, while afternoons were spent in community immersion. The program was funded for 20 years and trained 500 students.

In 2005, Ramos was conferred the title professor emeritus by the UH for her “dynamic and productive leadership in the field of Southeast Asian languages as well as her development and promotion of the study and use of Filipino, an important symbol of her ethnic heritage.”

As founder and president of the Consortium for the Advancement of Filipino, she organized US teachers of Filipino to offer Filipino classes in the UH Manoa, the UH Hilo, and four other community colleges in America.

Even retirement—counting an impressive 60 years of formally serving the cause of education, particularly language teaching—could not stop her from promoting the growth and spread of Filipino as a global language.

In 2016, Ramos returned to the Philippines for good. At 90, she is now bedridden. A UH colleague, Palanca Hall of Famer and poet Ruth Elynia Mabanglo, takes good care of her.

Ramos mentored Mabanglo on teaching Filipino as a second language. And when Mabanglo suffered a brain aneurysm that almost cost her life and led to amnesia that lasted for three months, Ramos took care of her like the mother she never had, her mother having died when she was little.

Mabanglo, who also retired as UH professor and Ramos’ coauthor of the 1999 book, “Language Learning Framework for Teachers of Filipino,” says of Ramos: “She is a warm and conscientious teacher who loves her students and even acted as matchmaker to them, even if she herself never got married.”

Of Ramos’ teaching career, Mabanglo says: “She got her UH tenure at a time when most academics were male and white. But she just worked hard and looked up to her colleagues as career models.”

She is happiest for the highest award, Dangal ng Wika, that the Komisyon sa Wikang Filipino, chaired by National Artist Virgilio S. Almario, is conferring on Ramos at “Pammadayaw 2019: Araw ng Gawad” at the Cultural Center of the Philippines (CCP) on Aug. 27 during this month’s “Buwan ng Wika.”

Mabanglo says: “She has been a steward of the Filipino language overseas. It is the crowning glory of all her work in the US—from being a teacher to being a role model of Filipinos overseas, and from being a student to championing Filipino as a global language.”

The author is president of the Maningning Miclat Art Foundation Inc. which is holding the 2019 Maningning Poetry Awards and concert in September in collaboration with Aliww, the Ateneo Library of Women’s Writings.