In Canada, one woman takes on stereotypes as a drag king | Inquirer Lifestyle ❮ ❯ 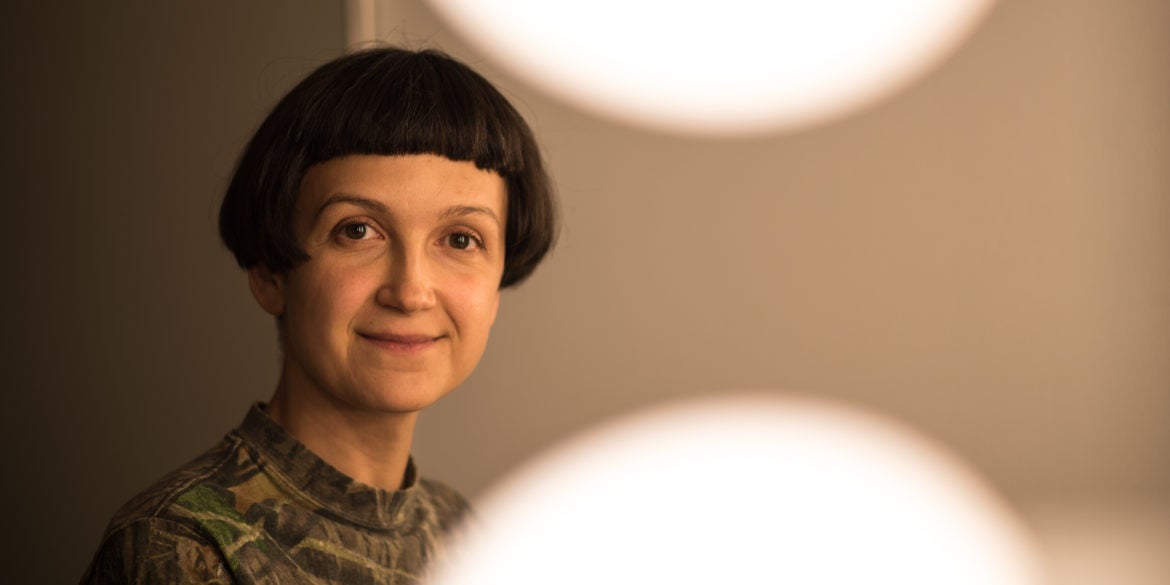 (FILES) In this file photo taken on July 12, 2019 Melodie Rousseau poses before applying makeup for her Drag King performance in Montreal, Canada. - Rousseau is an actress by day, but at night, the 33-year-old Canadian makes herself up as a man -- and takes the stage at Montreal's cabaret halls as a drag king. (Photo by MARTIN OUELLET-DIOTTE / AFP)

In Canada, one woman takes on stereotypes as a drag king

Melodie Rousseau is an actress by day, but at night, the 33-year-old Canadian makes herself up as a man — and takes the stage at Montreal’s cabaret halls as a drag king.

Performing in drag is not only a means of artistic expression — it’s a political statement by Rousseau and others looking to step out of the formidable shadow of the better-known drag queens.

Rousseau, who performs as Rock Biere, needs two and a half hours for her transformation.

On her slender face, she uses a make-up brush to draw the eyebrows and contours that define her alter ego.

“It’s about erasing the woman to create this virile male,” she says with a laugh.

While drag queens have entered the mainstream thanks to shows like “RuPaul’s Drag Race,” drag kings are still under the radar.

In Quebec province, they can be counted on one hand, according to veteran Canadian drag king Charli Deville.

Deville says only four drag kings are featured on a regular basis at Montreal’s bars, as opposed to about 80 drag queens.

Rousseau was running a cafe and working as an actress in her own theater company when Rock Biere became part of her life last year.

At first, she was not interested in performing, but her girlfriend “forced” her, she says with a smile.

“There is of course a political side to it all, for a woman to take on a male persona,” the actress says. “It’s a bit dangerous for a woman to dare to adopt the physique of the dominant sex.”

For sociologist David Risse, the director of the Center for Diversity Research and Cultural Activities in Montreal, the act of being a drag king is a “statement — it’s empowerment.”

The women involved are “reappropriating an entire gender (…) and they are doing it on their own terms.”

“I really work on a critique, even parody, of men,” says Rousseau.

At one point, her Rock Biere character takes the stage with drag queen Crystal Slippers for a duet.

Rock tries to pick up Crystal in the crassest of ways, and she rejects him repeatedly, eliciting uproarious laughter from the audience.

Rousseau admits she had to overcome her own fears to enter the world of drag. She worried about how the audience and her loved ones would judge her, and also was concerned about “being a girl in a man’s world.”

Drag kings sometimes feature male characters who are fragile or lacking in self-worth, and that can grate with a primarily gay audience, says Risse.

“I feel like when one plays with the concept of masculinity, it’s a delicate balance to strike, even though we see drag queens act out caricatures of women, of femininity with abandon,” he said.

That said, attitudes are shifting, if slowly, says Rita Baga, a drag queen who headlines the show at the famed Cabaret Mado in Montreal’s gay neighborhood, the Village.

“It’s an environment that is becoming more and more inclusive,” she says.

Coming out of the shadows

Little by little, drag kings are carving out a bigger space for themselves in the wider LGBT community.

“As far as I know, it is the first and biggest drag king show that Montreal Pride has had,” says Deville, who is organizing the performance, which has a monthly spot at a burlesque club in Montreal.

Rock Biere will also take part in ManSpread on Friday.

“You could say that playing this super-masculine, macho man gives me confidence in my daily life as a woman,” says Rousseau, adding that it even helps her embrace her femininity.