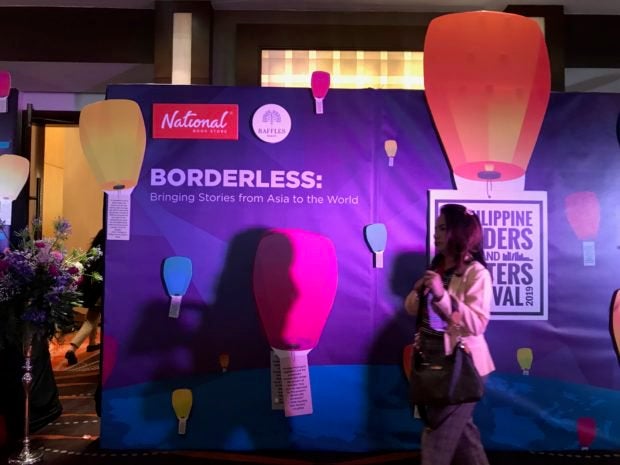 Tips on writing well from the Young Blood gatekeepers

When you want to write something, you need to remove all of the obstacles, which is fear.”

These were the words of advice from Ruel De Vera, Inquirer Books editor, to a hodgepodge class composed of children, writers, mothers, teachers and students. It was a stormy morning in the metro, the traffic was bad and the roads were flooded with murky water. But at a ballroom in Raffles Makati, the Young Blood class was in session.

It was Day 2 of the Philippine Readers and Writers Festival, and an aspiring writer had asked De Vera: How does one cure the proverbial writer’s block?

“Writer’s block is really a function of our fear of failure. We’re afraid to begin because we’re afraid we’re gonna end up in a bad place,” De Vera replied. “Think as if you don’t have to publish what you’re writing, like no one needs to see it.”

Young Blood, the Inquirer’s youth column, runs stories by people age 29 and under. The essays appear on the right hand side on the Opinion section three times a week. It’s considered a rite of passage, for an aspiring writer’s essay to appear on the column before he/she turns 30. (Director Antoinette Jadaone, spoken word artist Juan Miguel Severo and opinion writer Gideon Lasco are just some of the Young Blood alumni.)

But every year, during the Young Blood workshop, the desk is open for people of all ages. There was a father of a 9-year-old “potential Young Blood contributor” asking advice on reading materials, there was a mom who brought her four children along, a high school student writer, even a young marketing officer.

The Young Blood workshop was all about writing good essays—from hooking the readers with a good beginning, using proper punctuation and correct grammar, communicating one’s emotions and concluding with a satisfying ending.

Twenty essays—about love, soul searching, feminism, colors, even lessons from a kasambahay—were critiqued and evaluated by De Vera and Opinion editor Gibbs Cadiz. Most comments were harsh, but were all constructive criticism.

Here are some tips on writing well, according to the Young Blood gatekeepers:

“First, and this is the most important thing, you must have a story to tell. Second, you have to write well. Third is you need to have a good beginning,” said De Vera.

The Super associate editor said that yes, a good hook is a must. The writer’s piece is up against different stories on a news page—or even a news website.

“You have to make the reader want to read you,” De Vera said.

His pro tip: “I would begin an essay by either defining what I’m talking about, describing something or someone or quoting someone. These are narrative devices used in fiction that you can use in nonfiction as long as it actually happened.”

De Vera warned that it’s impossible to recover from a bad beginning, so it is important to work on a good beginning.

Undo the idea of writing.

The Ateneo professor said that in school, students were taught to write chronologically. This is not necessary, he added.

“My recommendation is for you to just write and then use the Microsoft Word cut and paste function and move the paragraphs because sometimes you wrote your best paragraph in the middle,” said De Vera.

One of the common observations during the workshop was that many essays were written in a very formal way, like the writer was addressing a big crowd, not communicating to the reader.

“It’s not very fun to read. No one really talks like that. And when you are writing, you need to write more like how you talk than someone who is reading a poem aloud. You need to sound like you’re talking to people and not like you’re trying to deliver a poem or you’re reading Shakespeare.”

Cadiz, the editor who selects which essays get published on the Young Blood column, cited promising stories but were problematic because of the inconsistency of tenses.

In one of the pieces, Cadiz said: “the tenses are all over the place, which tends to makes it [essay] sound like a sloppy, dashed out piece written just to beat the deadline. More careful writing should’ve enhanced the writer’s thoughts, which in fact are quite interesting.”

A simple rule should do the trick, said De Vera. All tenses should be the same inside a paragraph.

“It’s quicksand and when something falls into quicksand you can’t pull it out anymore. That’s what happens to good ideas in bad articles,” said De Vera.

Cadiz added: “A jumbled piece, from thoughts to grammar, would not earn a second look from a harried editor… [but] engaging in perfect grammar makes any editor happy.”

“Your vocabulary is your toolbox.” De Vera said: “This is very important. What makes good writers different from just mediocre writers is a good vocabulary, and I don’t mean you checking the dictionary. As you progress you need to learn more complex and accurate adjectives so keep getting better, learn better words.”

However, the editor cautioned that stringing big words together could be exhausting for the reader.

“It’s as if the writer is showing off rather than authentically exploring his thoughts and sentiments. Convoluted writing inevitably leads to confusing sentences,” De Vera added.

Oddity is a compelling story. “Being an outsider is something you can really write about. Unique life experiences, what are the things in your life that are different from other people? These are things people want to know about,” said De Vera.

He encouraged the listeners to write about the elements in their lives that are different from a normal person. He added that these things are what people want to read about.

By the end of the 90-minute workshop, De Vera reminded the audience to start writing, even if the story feels stupid or dumb.

“I hope we triggered in you the wanting to write because writing is a wonderful experience,” he said.