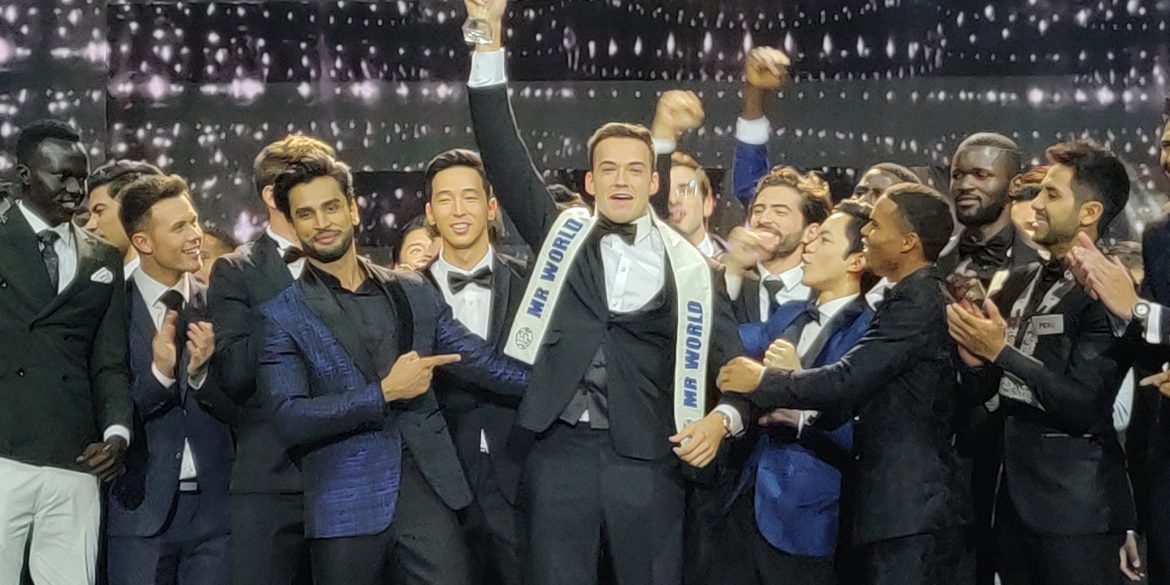 QUEZON CITY- The “most desirable man in the world” has been proclaimed, and he is an aerospace engineer from England.

Besting 71 other aspirants from around the world in ceremonies staged at the Smart Araneta Coliseum in Quezon City on Friday night, Jack Heslewood inherited the Mister World title from India’s Rohit Khandelwal, the winner in the global tilt’s previous edition held in 2016.

This is the first time that the Philippines has hosted the London-based International contest, the counterpart of the Miss World pageant.

Miss World Organization (MWO) President and CEO Julia Morley came to the country to witness the affair, and to participate in the charity events with the delegates in Manila for the 10th edition of the Mister World contest.

The four ladies sat in the judging panel, along with broadcaster Korina Sanchez-Roxas.

In an earlier interview with the Inquirer, Morley confirmed that the Philippines’ staging of the Mister World contest attracted the most number of participants in the contest’s history.

She also said that the previously biennial event will now be staged annually after the 2019 edition.

As Mister World, Heslewood will join the reigning Miss World in MWO’s “Beauty with a Purpose” projects in different countries.

Jody Baines Saliba from the Philippines finished in the Top 12, and was proclaimed Mister World-Asia and Oceania.

Andrew Wolfe’s first runner-up finish in 2012 is so far the Philippines’ highest placement in the Mister World contest.