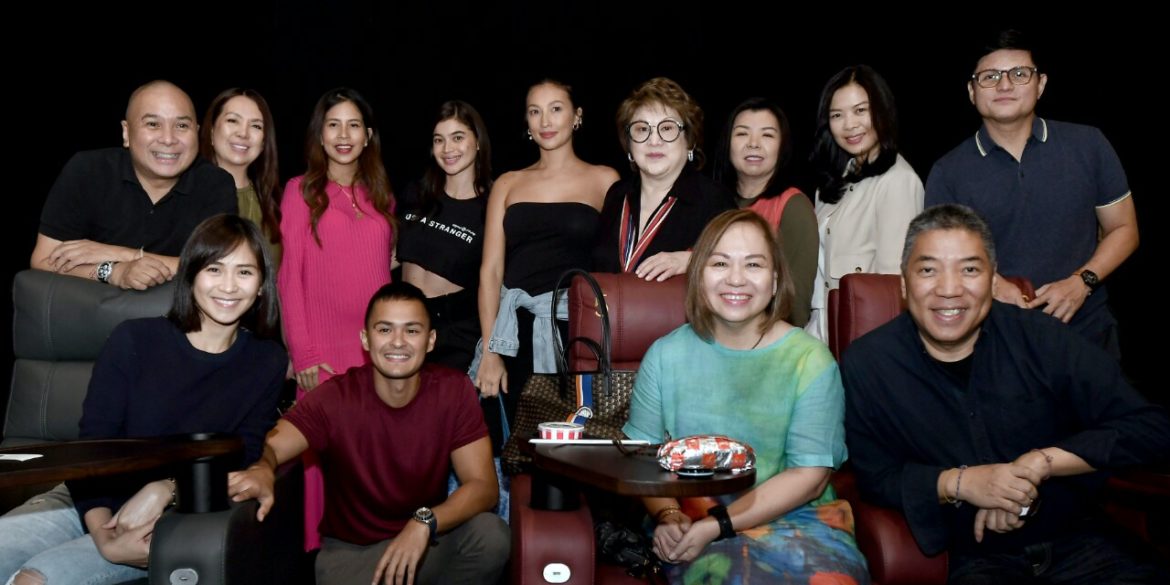 Last Thursday was movie marathon night, but guests invited to this private showing by Swatch lasted the entire time, from late afternoon to close to midnight, primarily because “Mina-Anud” and “Just a Stranger” were worth it.

It was Virgie Ramos’ endearing way of supporting two artists she admires, Matteo Guidicelli and Anne Curtis. Ramos, the maverick entrepreneur behind the Swiss brand in the Philippines, wanted friends and colleagues to see these movies at the Director’s Lounge at The Podium, not only because of Matteo and Anne, but also because of their interesting stories.

“Mina-Anud,” directed by Kerwin Go, stars Dennis Trillo, Jerald Napoles and Guidicelli in a special role. When bricks of unknown material—rat poison, detergent, the folk initially thought—wash up on the shore of Mina-Anud in Borongan, eastern Samar, the humble lives of the folk living in the area change irreversibly. It’s cocaine—the accidental upload of Chinese vessels on Philippine shores.

The movie swiftly and briefly tells you what you suspected all along—the breathtaking beauty that is our coastline could be deceiving.

Just as breathtaking are Trillo’s and Napoles’ performances. Guidicelli, in quite literally a “beefy” role, is so convincing as a semi-bad guy you almost forget that, like the good boy that he’s always been, he was so courteously leading us and the “titas” of Manila into the cinema just a while ago, oh, and while being so sweet to girlfriend Sarah Geronimo.

What was interesting was that the top brass of the Philippine Army attended the private screening, in support of Guidicelli. And you wondered how they found the portrayal of the Philippine Drug Enforcement Agency in the movie. Watch out for “Officer Julian,” played so powerfully by Alvin Anson.

“Mina-Anud” is no celluloid reality; it is reality.

Viva’s “Just a Stranger” could be Curtis’ best performance yet. She plays the mature woman lover to Marco Gumabao’s 19-year-old, and the young hunk is able to hold his ground in those steamy, intense moments. This 22-year-old son of former model Lollie Imperial and actor Dennis Roldan is good—and can underact.

The moment when Curtis curls up in a corner after witnessing a scene from her balcony is unforgettable.

And watch out for Edu Manzano as the gentleman-slash-jerk.

You have the weekend to catch these must-see flicks. —Thelma San Juan