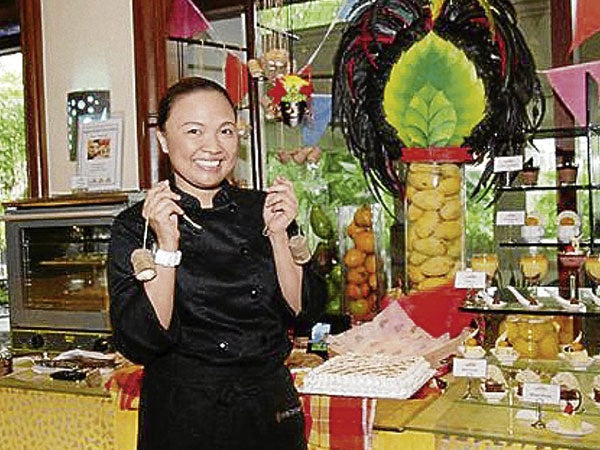 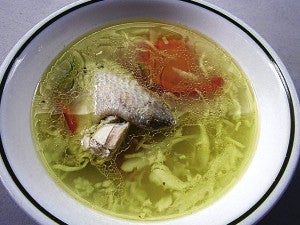 Until June 26, Café Jeepney in Hotel InterContinental is serving many of these Ilonggo dishes in its lunch and dinner buffet. Supervising their preparation is Chef Pauline Gorriceta-Banusing, an Iloilo native who has studied in the best cooking schools in the US.

“They’re mostly heirloom recipes that have been with Ilonggo families for years,” she says of the tempting parade of dishes on the buffet table. And, indeed, Iloilo cuisine has the taste of Old World cooking—hearty and rich, with the flavors skillfully coaxed and harmonized through long hours of marination, or slow, patient simmering, or with the diligent use of the freshest ingredients.

According to Pauline, Ilonggos tend to be clannish, not just in terms of family heritage but also when it comes to home cooking.

“Each clan thinks their dishes are the best,” she says. Moreover, she adds, Ilonggos prefer provincial home cooking over other, more sophisticated food. Their idea of a festive spread, for instance, is simple everyday fare prepared by the family cook.

Iloilo being a coastal province, it’s also known for its seafood. On the buffet during the press lunch was a special kind of clams which Ilonggos have named centennial shells because they first showed up in the seawaters during the celebration of the Philippines’ centennial year. With rough shells and a strange appearance, they looked like a cross-breed of scallops and oysters, and were just as delicious as both bivalves. To make sure they would be served fresh for lunch that day, “someone swam in the sea this morning to gather them,” says Pauline.

Because sugar is a major crop in their province, Ilonggos also love baking sweet delicacies. Truly a novelty is pulot, a thick, dark-brown liquid that’s a combination of muscovado sugar and coconut milk. It can be spooned directly from bamboo barrels and eaten as is, or one can use it to sweeten coffee. Even more enticing is yema cake, with an egg-yolk base as thick and gooey as the candy, topped with swirls of frothy white icing.

Here’s Pauline’s recipe for one of Iloilo’s famous soups, chicken binakol. While it’s traditionally cooked in bamboo segments, Pauline says it can be cooked in a casserole as well. (Iloilo cuisine is served as part of the lunch and dinner buffet at Café Jeepney until June 26. For reservations, call 7937000.) 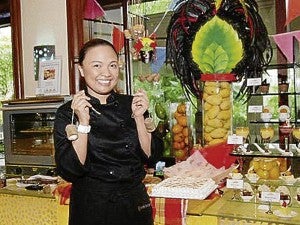 The base of coconut juice makes this an unusual soup, being rather sweet instead of savory. Once the soup is fully cooked, the strips of coconut flesh will resemble short noodles, adding richness and texture to the dish.

Pour the juice from the coconuts into a large bowl and measure enough to make 6 cups. Scrape out the flesh from 3 of the coconut shells. Set aside.

Cook the chicken:
In a large casserole, put the chicken, onion, lemongrass and chicken broth cube. Pour in the prepared 6 cups of coconut juice and the coconut meat. Bring to a boil and simmer until chicken is tender, around 20-25 minutes.

Season to taste with salt and pepper. If using carrots and bell pepper, add them during the last 5 minutes of cooking. Transfer to a soup tureen or ladle into individual soup bowls and serve immediately.

Whole young coconuts are available in the wet markets and in Landmark, Rustan’s and SM supermarkets.

When scraping the coconut flesh from the shells, do not scrape too deeply so as not to include the brown husk.

If desired, reserve the empty coconut shells and serve the soup in the shells.

Cut the lemongrass stems into shorter pieces if they’re too long. Since these are used only to add flavor and fragrance and are not to be eaten, you can remove them from the soup before serving.

Instead of a whole chicken, you can also use your favorite chicken parts such as drumsticks and wings.