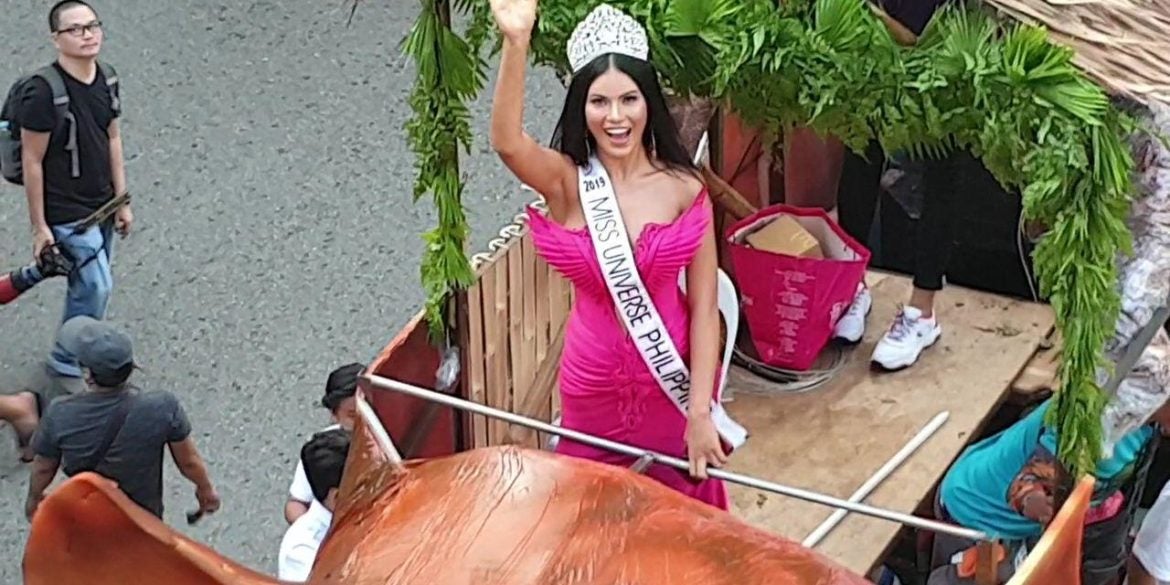 Miss Universe Philippines Gazini Ganados sashayed through Cebu City streets on Sunday at the Pasigarbo sa Sugbo (Pride of Cebu) festival of festivals, the biggest parade organized in the province in terms of the number of dancing contingents. INQUIRER PHOTO/DALE ISRAEL

CEBU CITY—Miss Universe Philippines Gazini Ganados shared the spotlight with the float she rode on made to resemble a giant roast pig on Sunday (Aug. 25) at the Pasigarbo sa Sugbo (Pride of Cebu) festival.

Organizers claimed it was the biggest parade in terms of street dancing contestants.

Ganados, a native of Talisay City, rode on her city’s float resembling a roast pig, the product that made Talisay famous. 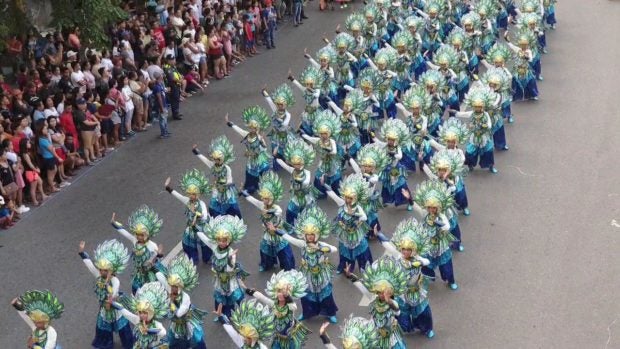 The parade route stretched 2.5 kilometers which gave her a homecoming months after winning the beauty tilt.

She wore the same red gown she was wearing when she won the crown./TSB