Can South Korea have its own Napa Valley, Bordeaux? | Inquirer Lifestyle ❮ ❯ 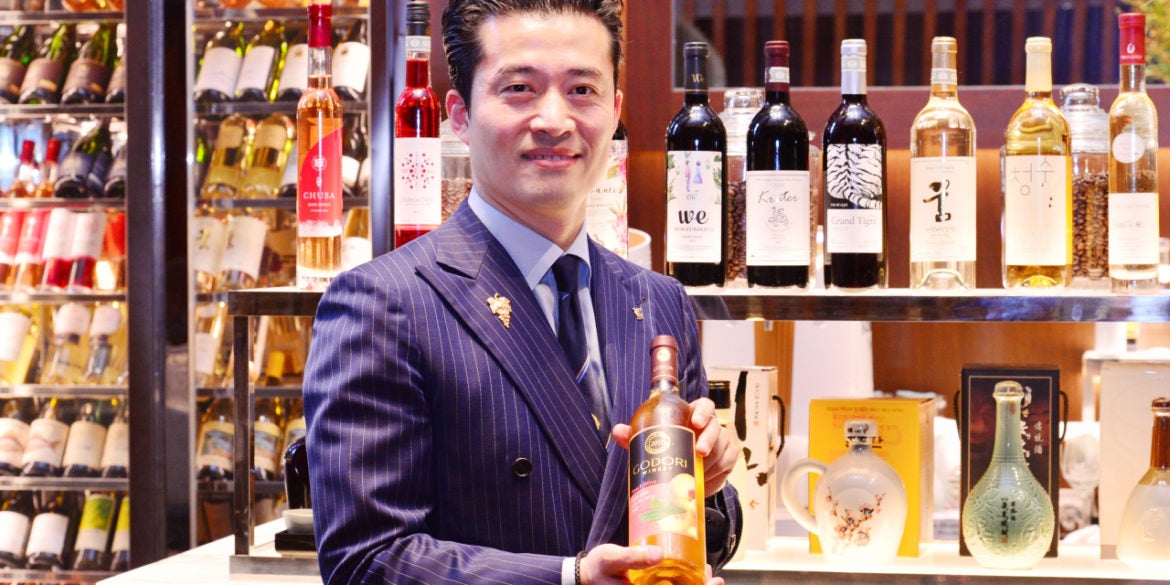 Can South Korea have its own Napa Valley, Bordeaux?

Enter sommelier Jung Ha-bong, the director of wine at JW Marriott Seoul, who hopes to give Korean wines a competitive edge. Also known as Lucas Jung, he is vice president of the Korea International Sommelier Association.

The hotel’s buffet restaurant Flavors drew up a new list of Korean wines in August, in addition to the usual list of imported wines. In addition, every last Thursday of the month, one of the winemakers on the list visits the restaurant to connect with diners and introduce wines.

“Matching wines with food is the most basic wine pairing formula. Pasta, an Italian dish, goes well with Toscana wine. Dakbokkeumtang, spicy braised chicken, can go well with Korean red wine, because they share the terroir,” Jung told The Korea Herald in a recent interview at the hotel.

Having worked as a sommelier for more than 30 years, Jung often met foreign guests asking for recommendations on Korean wines. It used to be difficult to come up with an answer, but this has changed.

“It was about 10 years ago when I started to evaluate Korean wines at contests. The first Korean wine was actually produced in 1969,” Jung said. “But Korean wines were not of high quality. They were unfit to be included on hotels’ wine lists. In recent years, however, Korean wines have made a big leap. They are ready.”

According to Jung, wines made with fruits other than grapes are also acknowledged as Korean wine here. For example, Chusa Rose is made using Red Love, a hybrid apple farmed in Yesan, South Chungcheong Province. The fruit is red on the inside, giving the wine a redder-than-usual color.

There are around 100 wineries in Korea, most of them located in Chungcheong provinces. According to Jung, Korean wines are characterized by their fruity flavor and high acidity.

“Most wineries do not farm grape varieties designated for distillation. They make wines with edible grapes such as Campbell or Muscat Bailey-A. They are fruity, semi-sweet — actually very approachable for wine novices,” Jung said.

After the interview, Jung led a seminar for sommeliers working at fine dining restaurants in Seoul, where Choi Bong-hak, the owner of Godori Winery, introduced his wines.

Godori Winery, located in Yeongcheon, North Gyeongsang Province, produces white, rose, and red wines, along with its signature Peach Wine. In July, its 2016 vintage of white wine won the silver medal at the Berlin Wein Trophy, one of the four major wine contests in the world.

“There are prejudices against Korean wines because not many people have actually tasted them. We hope to lower the barrier and get more people to taste Korean wines. It is also a good opportunity for winemakers, as they can learn from consumers and experts.”

“By having Korean wines and alcohol beverages as signature drinks, we may be able to deliver better value to our guests,” Jung said. “We are not saying that Korean wine is the best wine in the world. There are wines of quality in Korea, so you might want to taste them, and be surprised by their quality.”