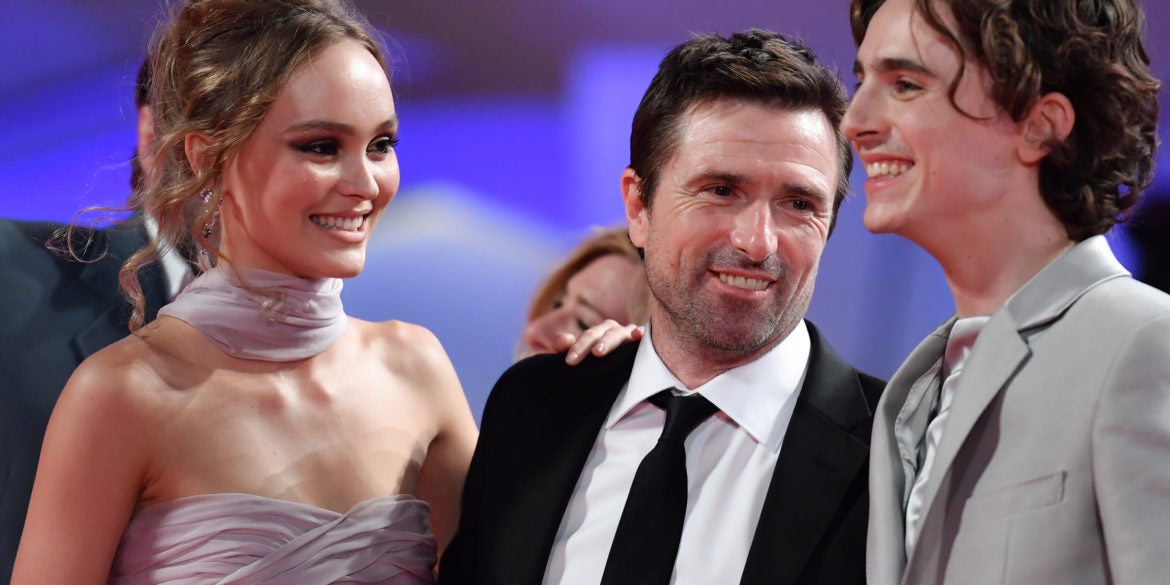 (FromL) French US actress Lily-Rose Depp, Australian director David Michod and French US actor Timothee Chalamet arrive for the screening of the film "The King" presented out of competition on September 2, 2019 during the 76th Venice Film Festival at Venice Lido. (Photo by Alberto PIZZOLI / AFP)

Hollywood heartthrob Timothee Chalamet said Monday he was “terrified” about playing Henry V in an epic new Shakespeare movie for the millennial generation.

The Oscar-nominated 23-year-old takes on the Bard’s most swashbuckling character, Prince Hal, opposite his real-life girlfriend Lily-Rose Depp as Catherine of Valois in “The King,” which is premiering at the Venice film festival.

Confessing that he was more used to “light sabres than swords,” the American star said it was “terrifying for me” to take on the 15th-century English monarch who triumphs over the French in the mud and blood of the Battle of Agincourt.

“It was entirely new for me to do stunt work. It was mediaeval,” said the star of “Call Me By Your Name” of fierce battle scenes shot over a fortnight in 40-degree Centigrade heat in Hungary.

The film combines Shakespeare’s Henry plays into one extended tale of the rogue carousing prince who never wanted to be king but is thrust into power at a time of terrible turmoil.

Australian director David Michod admitted that he took extreme liberties with the text, one of the founding myths of English nationalism.

“We made a whole bunch of stuff up, I can’t remember what was real, what was Shakespeare and what was us,” he told reporters.

Chalamet said the story had much to say to young people, not least because most of the key characters were his age and “still shopping for their personality.”

And he hinted that the youthful North Korean leader Kim Jong-un was on his mind as he limbered up for the role.

“At the time power was wielded by unusually young people…and there is something almost disturbing in that,” the actor added.

“There are modern allegories in the world. I am not going to shout them out but there are people today who came into power by lineage — who have virtues perhaps, though we don’t know — but wield (power) in scary ways often.”

British heartbreaker Robert Pattinson has a showstealing turn as the long-haired decadent French Dauphin, who gets his tail roundly spanked at Agincourt, with director Michod saying he had given the character a certain “razzle dazzle.”

Depp, 20, whose father Johnny is starring in Ciro Guerra’s “Waiting for the Barbarians” at Venice later this week, said the Netflix film “speaks a lot to power.”

“It was a time when women were given no power and had no choice over their own lives. The way in which Catherine harnesses her power and uses it in a very calm way with a lot of conviction and strength resonates with this period” of empowerment, she added.