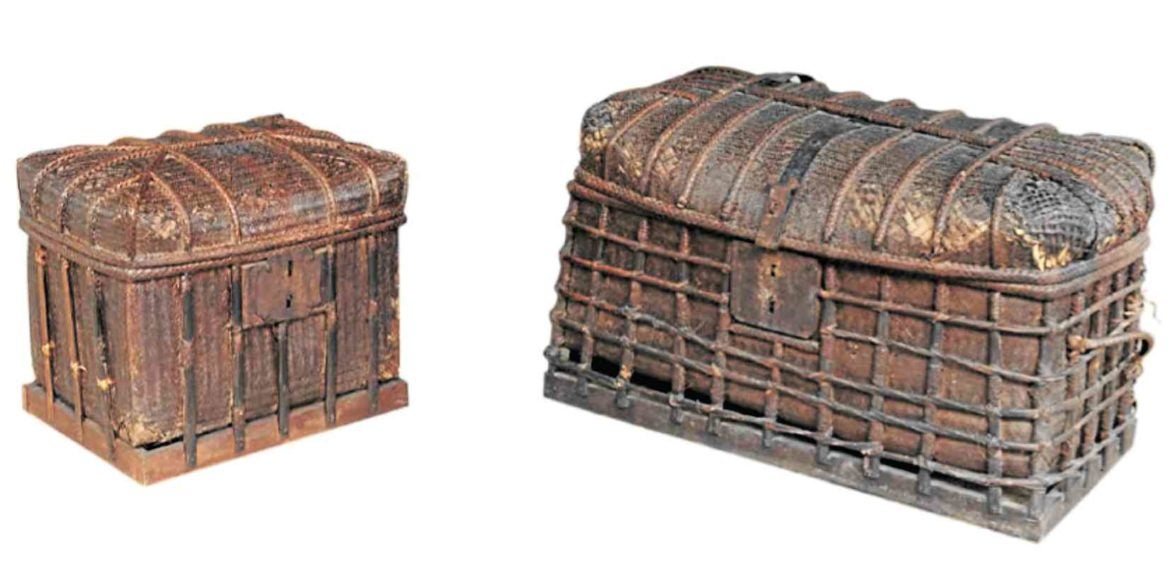 Among the curious Rizaliana items that will be bid out during León Gallery’s Magnificent September Auction Sept. 14 is the tampipi or woven-palm container in which his family kept smuggled copies of his subversive novel “Noli Me Tangere.”

The container was kept in a larger rattan-and-cane baul or chest.

Both tampipi and baul will be bid out by León starting at P1 million.

According to Jaime Ponce de León of León Gallery, provenance of the native chest is “from the family of Narcisa Rizal (1852-1939),” the patriot’s older and most devoted sister, and “from thence to her son, Leóncio Lopez Rizal, and then to his daughter, Asuncion Lopez-Rizal, married to Antonio Bantug.”

The “Noli,” according to the auction catalog, “was considered so dangerous that mere possession of it could lead to arrest… Thus the ‘Noli’ was secreted in this tampipi (or a container woven of palm leaves), which was in turn hidden in a larger rattan and cane baul or chest.

“According to Rizal family lore, a maid sat on it, calmly sewing, while the guardia civil, searched the premises to no avail, during an unexpected raid.

“This sacred Rizal tampipi (is) a symbol of our hero’s defiant spirit and our people’s thirst for freedom no matter the cost.”

Also up for auction are “extraordinarily important and exceedingly rare medallions” of the Katipunan Supreme Council, from the collection of the prewar numismatist Dr. Jesus Celis.

The medallions and heraldry from the Katipunan movement that led the Philippine revolution against Spain, according to León consultant Lizza Guerrero Nakpil, “reflect our common vision as a people for freedom and self-rule. (They) may be seen as the very first emblems of our aspirations to have our own, truly Filipino, government.” —CONTRIBUTED