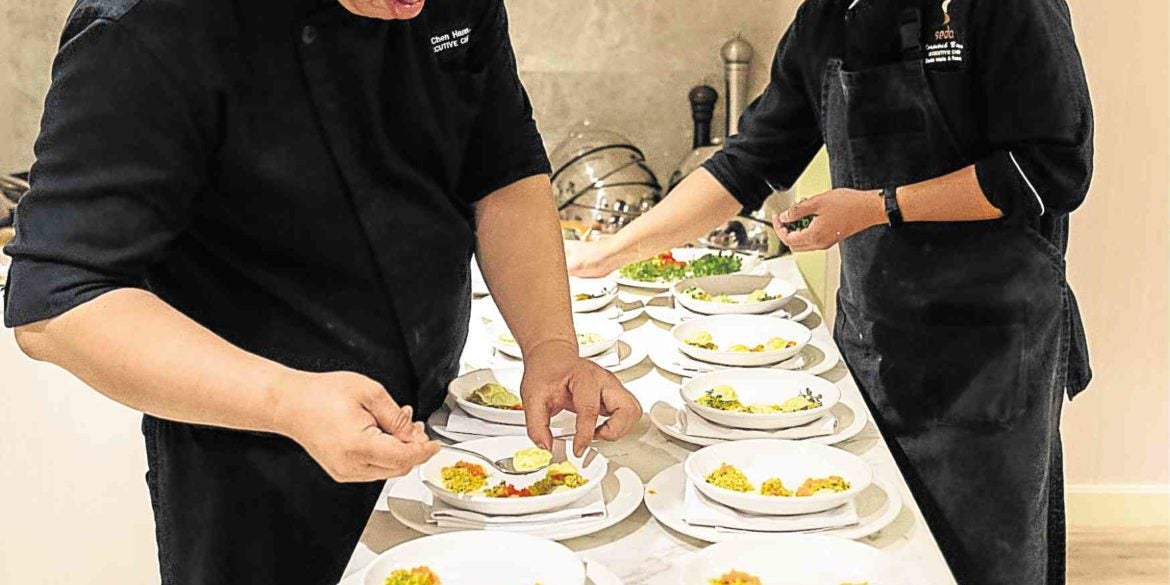 When the Chinese restaurant at Seda Vertis North opens by November, fans of Cantonese cuisine might see a familiar face in the kitchen.

Executive Chinese chef Hann Furn Chen used to work at Tin Hau, the well-loved Chinese restaurant at Mandarin Oriental Manila before the hotel was torn down several years ago.

Chen went on to work in Indonesia, Dubai and Doha before he was contacted by Seda Vertis North group general manager Brett Patrick Hickey.

“There was a market for good Chinese food in this area of Quezon City but it wasn’t being serviced,” Hickey told Lifestyle. “Seda Vertis North has a large space on the second floor that we’ve set aside for the restaurant.”

The restaurant will seat 120  and will be larger than Tin Hau. “It’s still boarded up, but I can tell you it has a high ceiling. We’ve already chosen a name for the restaurant—a Chinese word for  ‘taste’—but we can’t announce it until we’re sure no one else is using it.”

Meantime, special dinners are held at the Seda’s presidential suite to give diners a foretaste of the new resto cuisine.

His combination of slick garlicky lettuce and crisp battered mushrooms (instead of croutons) was a tumble of flavors and textures. I ended up asking for another serving.

Chen then prepared Braised Seafood Soup with Pastry Puff (Old Beijing Style) that arrived with a pastry lid of phyllo pastry. This kind of soup was served the ancient emperors.

“The dry ones are for intense flavor, while the fresh scallops are for sweetness,” he said.

“Instead of crab, which is the traditional way of preparing this dish, I used lobster meat,” Chen said.

Dessert was a playful Mango Sago Collision served over dry ice, whose “smoke” swirled and snaked across the entire table.

One can only imagine what Chen will come up with, once the restaurant opens in a few months.