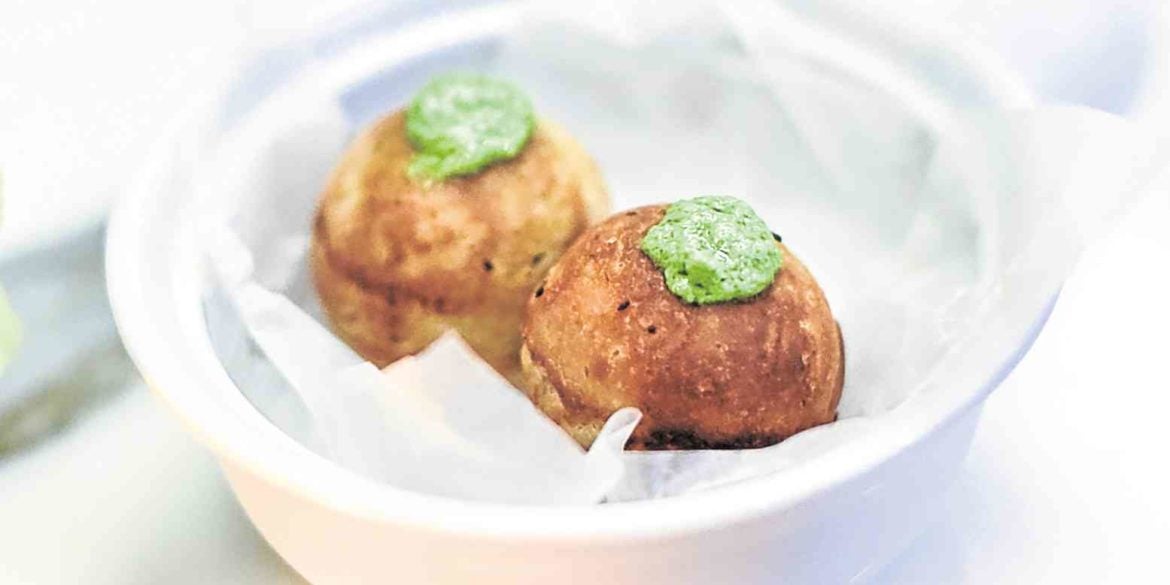 On her second visit, she discovers our market’s seafood and range of vinegars

It was her second visit to Metro Manila. But unlike four years ago when she barely saw places (she was still assisting chef Gaggan Anand then), this time, she got a taste of what the city had to offer and be acquainted with the local produce.

A day before the dinner, she was up early to hit the Farmer’s Market in Quezon City. While doing the rounds, she came across so many items that piqued her curiosity.

“I discovered so many different things,” she said. “But what amazed me most was how fresh and amazing the seafood was. It was almost pristine clean. It was really beautiful. We don’t get seafood like that in Bangkok because the water is warmer there than here, I think.”

She also took pleasure from our range of vinegars.

“You know how Thai food is sweet, sour, umami—everything together? Here, you have sour; not citrus-sour but vinegar-sour. That and the seafood are the standouts for me.”

The original menu which she had in mind included Manila clams and mussels. But after the market tour, Arora and her team tweaked some of the dishes and incorporated newly discovered ingredients.

She topped her khakra, an Indian flatbread, with local crab fat that was simmered in coconut milk, red onion salad and slivers of kamias.

In another dish, she stuffed a soft taco shell in the form of  seaweed bread with fried soft shell crab, nata de coco, a paste of cashew and atis or custard apple, then crowned it with a mound of edible marigold flowers.

Her food was received with sighs of contentment and approval by guests. The soup of local pink guava, dusted with fermented mulberries, was a delicious way to cool the palate before a spicy meal.

The duck came in three forms: betel leaf was cooked in duck stock then dehydrated to a crisp, the tongue was glazed in tamarind then sprinkled with sev, and a doughnut was filled with duck keema curry.

The marriage of frozen chicken liver shavings and chilled longan was a hit, and so was Gaa’s iconic dish, inspired by a street food in Mumbai called bhutta. It was baby corn with black salt, red chili powder and lime, dipped in corn milk butter.

The fork-tender pork belly capped with green chilli, onion and tamarind had potent  flavor even without sauce.

The meal was paired with a good selection of Veuve Clicquot champagnes and Cloudy Bay wines.—CONTRIBUTED