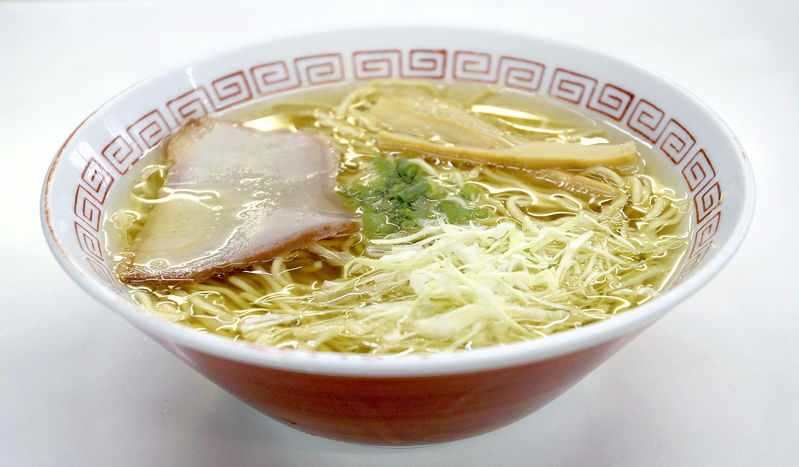 SAKAIDE, Japan — A large sign with the kanji character “cha” (tea) is seen at the entrance of Shinsui-en, established in 1887. Inside, a wide variety of tea leaves are on the shelves, including the shop’s proprietary blend of green tea and those mixed with brown rice that is carefully roasted using traditional techniques.

In a corner of the shop, a customer doesn’t ask for a hot cup of tea. Instead, the order is for a piping hot bowl of noodles, which Yasunori Takamiya, the shop’s 45-year-old sixth-generation owner, brings a few minutes later.

The shop has an eat-in area with six tables and four seats at the counter. During lunchtime, many regulars come for the shop’s chukasoba Chinese-style noodles.

It was Takamiya’s grandfather who started the eat-in area about 60 years ago because he wanted to serve customers more than just tea. In the early days, the shop also served spaghetti and curry with rice, but chukasoba has become the signature item, with a small serving for ¥460 and a large serving for ¥620.

Shinsui-en’s version of the noodle includes kombucha dried kelp tea in its bonito-based soup to add a distinctive flavor.

“That probably makes it relevant to a tea shop,” Takamiya said.

The shop custom-orders the medium-fine noodles. The toppings are a slice of pork, menma bamboo shoots, shredded cabbage and scallions. The gentle flavor, unchanged for decades, is a key trait of this chukasoba.

Junior high and high school students who used to dine at the shop following after-school activities now bring their children and even grandchildren with them. Those who used to live in Sakaide but have since moved also visit the shop when they return home during the Bon and New Year holidays. It brings great pleasure to Takamiya when he hears people say that the flavor remains unchanged and is still delicious.

Customers from outside Kagawa Prefecture sometimes encourage him to open a branch in Osaka or Tokyo, saying the shop’s chukasoba is so good that it can be a hit anywhere. But Takamiya, who took over the shop after quitting a job at a TV station, is happy to simply keep the shop and flavor as they are loved by locals.

“If I can add a little excitement to Sakaide by doing so,” Takamiya said, “I’m very happy.”