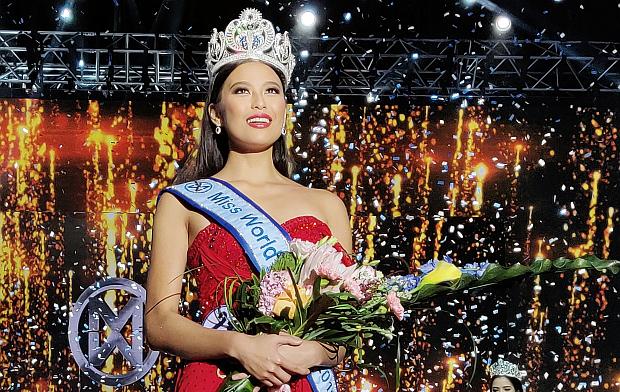 Dee bested 39 other aspirants for the top plum, receiving the Miss World Philippines crown from her predecessor Katarina Rodriguez in ceremonies staged at the Smart Araneta Coliseum in Quezon City on Sunday night.

In last year’s edition of the London-based international tilt, the Philippines missed the first cut for the first time after seven consecutive years of moving to the next round of the competition.

Two new titles were added in this year’s edition of the national pageant.

She was the winner of the Miss Teen Earth Philippines pageant in 2014.

The Miss Philippines Tourism crown went to Glyssa Perez, who will fulfill her duties as a tourism ambassador of the country.

This is the first time in the Miss World Philippines pageant’s eight-year history that its coronation night was staged at the Big Dome, which is known as the home of the rival Binibining Pilipinas pageant.

They were joined by Victor Basa and Edgar Allan Guzman.