It’s been 10 years since his life-changing win at Inquirer Lifestyle’s first Look of Style Awards in 2009 but Pablo Cabahug still feels grateful.

His collection of space-age, body-hugging mesh dresses got the nod of the judges which led to his eventual win and a two-week course in London’s Central Saint Martins as the prize.

For his 10th anniversary show scheduled at the PICC Forum in the Cultural Center of the Philippines Complex in Pasay City on Nov. 4, he will present a 50-piece collection of his greatest hits—sleek silhouettes and bodycon dresses he is now known for.

“It opened so many doors for me,” Cabahug said of his historic win. “The international exposure gave me the chance to meet young designers from all over the world. It also put my name out there and helped build up my client list.”

Mel Cuevas, then editor in chief of LOOK Magazine which held the contest with Lifestyle, said that she approached five young designers for the invitational competition, presented in partnership with the British Council.

“Pablo had potential and a good work ethic. It also helped that his work was cleanly constructed,” Cuevas told Lifestyle.

“Some designers don’t deliver. I remember one of the five backing out at the last minute.”

“I wanted to work with a designer after a few years with Jackie but when I approached designer Randy Ortiz, he told me I wasn’t ready yet.”

But eventually, Ortiz got Cabahug as apprentice, guiding him for seven years until Ortiz said he was ready to strike out on his own.

Cabahug remains thankful for his training with Aquino and Ortiz, and thinks nothing of assisting either of them should the need arise.

“I don’t mind getting on my knees to fix hems or wipe shoes in their shows,” he said. “That was my job for so many years so I see no shame in it. In a way, they keep me grounded.”

This genuine humility has endeared Cabahug to friends, clients and suppliers.

When plans were firming up for his milestone anniversary, he was able to ask for—and be granted large discounts—for stage construction and lighting design. Even the show’s publicist, Susan Joven of Visions & Expressions, cut her professional fee because “he’s a very good designer and he deserves it.” 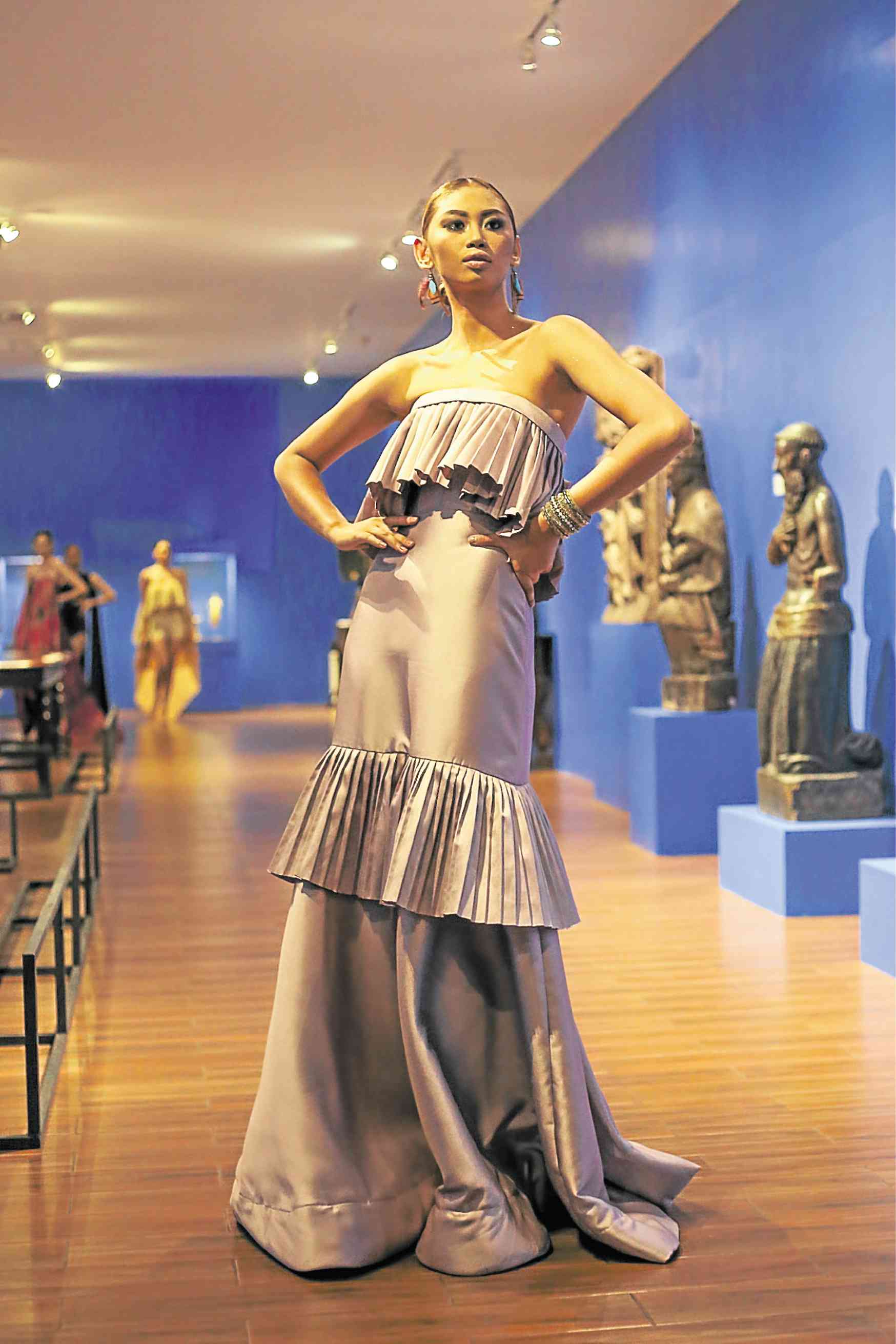 “I really am a sweet person even if I look maldita,” Cabahug said with a wink.

He described his collection, “Rayons du Soleil” (Rays of the Sun), as a revisiting of his memorable looks and silhouettes: backless gowns, body-hugging pieces, mesh, low necklines and cutouts. It will start with gold dresses and end with over a dozen black gowns.

“I wanted to revisit my most memorable collections, and reimagine them with a romantic feel … from sunrise to sunset. To fall and rise again, to live another day and start anew,” the designer said in a statement.

The dinner and show will benefit his alma mater, Colegio de San Juan de Letran. Funds raised will also go into the construction of the Letran Quadricentennial Building to commemorate 400 years of pursuing academic excellence. 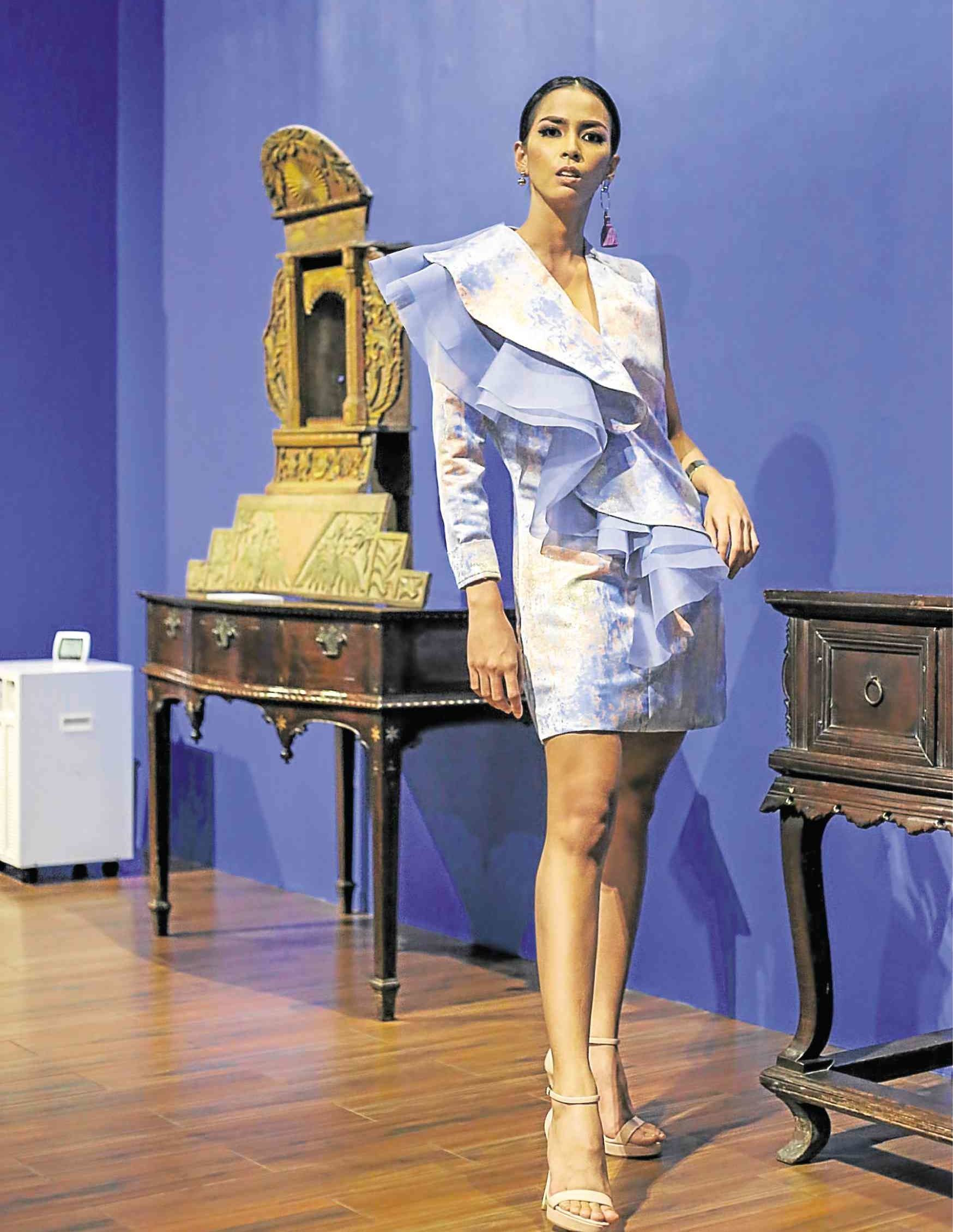 “A portion of the collection sales will be donated to the Letran scholarship so we can continue to give back even after the show is over,” Cabahug said.

“Rayons du Soleil” is presented in partnership with Intramuros Administration and Museo de Intramuros, and copresented by The Zen Institute and AsianCare Health Systems, Inc.

All pieces from the upcoming collection will be made available at pablocabahug.com, and will also be available in his atelier at 8818 Kamagong St., San Antonio Village, Makati. 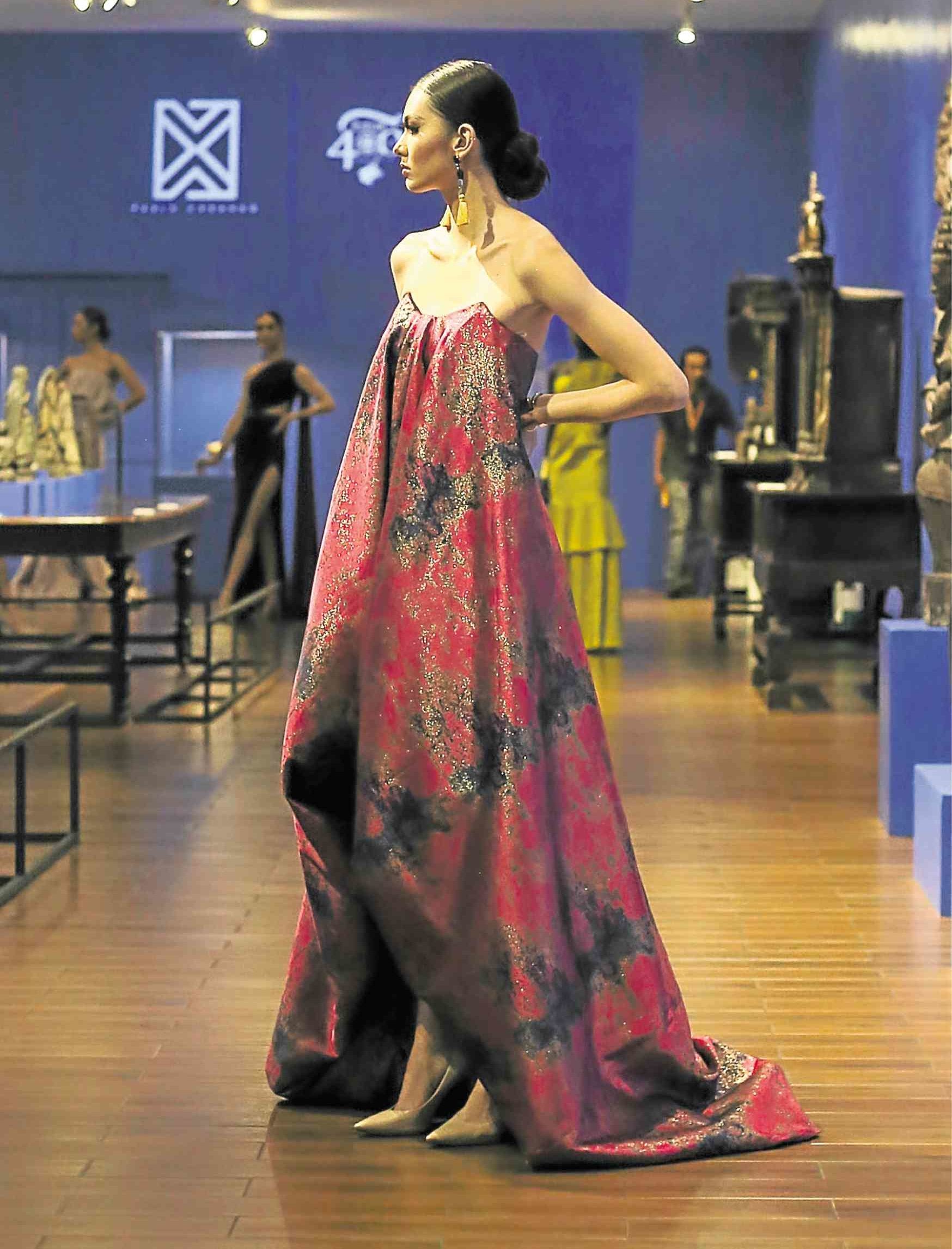