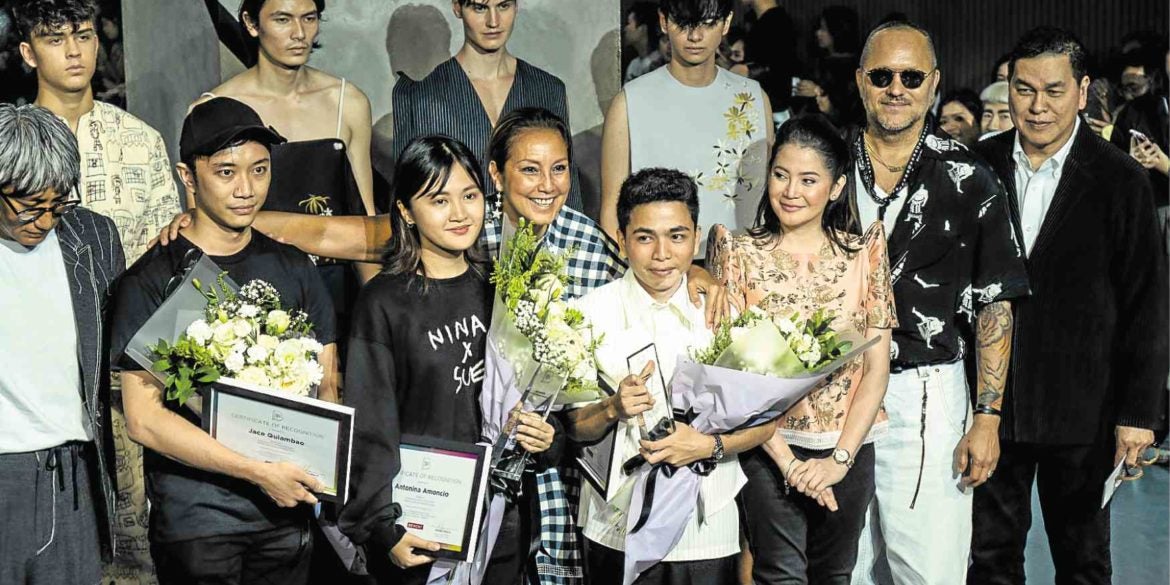 ‘I know the people are really into streetwear and Instagram, but those aren’t the only things a designer has to think about’

Matera had made friends with the organizers of Japan Fashion Week,  who knew that she was passionate about bringing Filipino designers to Japan for Tokyo Fashion Week. Matera grabbed the opportunity for the Philippine participation.

The first year was very challenging and she relied on friends to put the show together. The young designers who attended were given the opportunity to meet with stylists, PR agencies and textile manufacturers in Tokyo.

The following year, Matera presented the concept to Ben Chan. He liked the idea and Bench Design Awards was born.

The Japanese team, of which Matera is now informally a part because she lives in Tokyo, comes to Manila to meet the designers. The designers present their collections and concepts and, “we inspect the clothes,” said Matera.

Kauro Imajo, who represents the Japan Fashion Week Organization, said, “I know the people are really into streetwear and Instagram, but those aren’t the only things that a designer has to think about to move on to the next level. They have to think about everything from production to how they put together the lookbook… So many things!”

Matera added, “One of the things we’d like the young designers to learn is that Japan is a very technical and detail-oriented market. They’re all about the fabric, the finish and all the small details that we tend to forget. We’d really like that to be their takeaway from this experience and exchange.”

The jury is picked by Chan. This year, the Philippine side was represented by Chan and designer Willy Chavarria, who showed Willy Chavarria x Bench collection for Bench Fashion Week.

The winners of the 2019 Bench Design Awards are Jace Quiambao, Bon Reyes of Hansen and Antonina Amoncio.

“From the beginning,” said Matera, “this was really about exchange. I think we are reaching a point where we can see some tangible results from this exchange. Hopefully this will lead to our young designers finally having a voice or leading a footprint in the Japanese retail industry.”—CONTRIBUTED