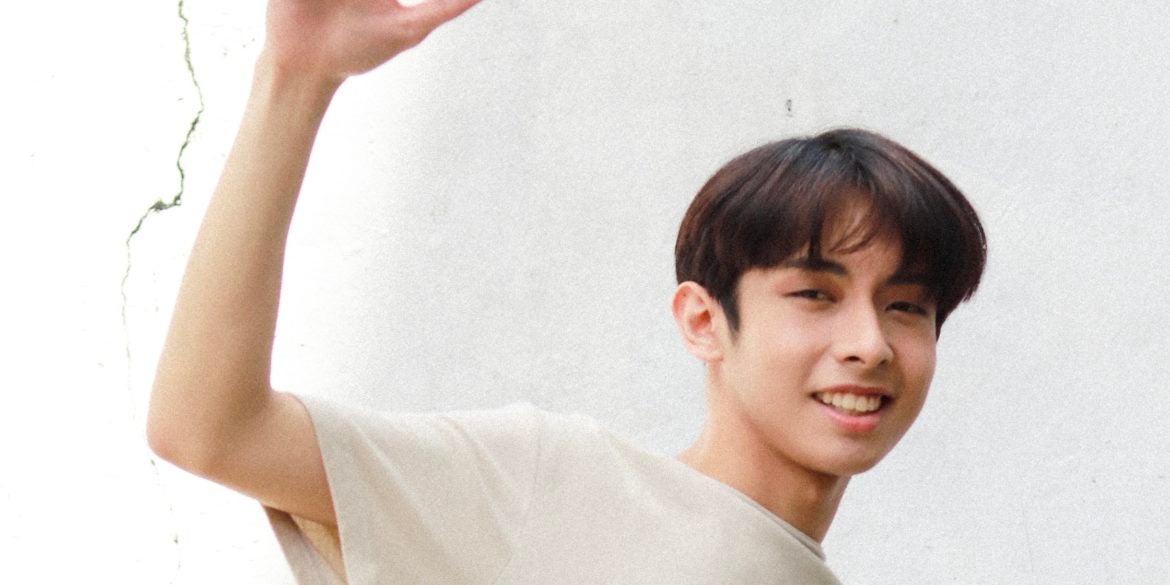 In this To be You exclusive, the boys with the humble beginnings and arduous four-year training finally ‘go up’

All I knew about SB19 before meeting them was that they’re an all-Filipino group with a K-pop sound rapidly building momentum on social media, thanks to their fresh sound, unquestionable talent, and good looks.

I arrived in an empty office of ShowBT Philippines Corp., the events/concerts production company that handles the group. This is where they hold rehearsals. I came a bit earlier than the appointed time and was greeted by a tall guy who immediately apologized, “I’m so sorry, our manager’s not yet here.”

He then asked, “Would you like me to make you some coffee or get you some water?”

He introduced himself as Stell, the main vocalist of SB19. He introduced me to the group’s other members who were very welcoming and even apologetic because they said their studio was messy.

Turned out they came from a gig the previous night and decided to sleep in the studio—on the floor—because they couldn’t commute home due to the horrible traffic. They also didn’t want to be late for our interview and shoot.

Before auditioning for ShowBT, Justin, the youngest member, and Ken, the main dancer, were students. Josh, the lead rapper, and Stell were with an established dance group, and Sejun, the leader, was working as a data analyst. (By the way, all go by stage names.)

While each member had a different back story, all five had one thing in common: the dream to be a performer. With that goal in mind, none of them hesitated to join the audition held by ShowBT to form a pop group.

Stell recalled the tedious process. “It all started with the audition. When we got in, we went through grueling training sessions. Every week had an evaluation, so trainees were scrapped off the team weekly—it would happen spontaneously sometimes. We’d also have weekly tasks to determine who’d stay and who’d go.”

At the end of the “training camp,” there were just five of them. SB19 was born.

Before their debut, members of SB19 had to hone their talent and perfect their craft for four years. The period, according to Josh, saw the group facing many struggles.

“Coming in, we knew we’d have to give up a lot mentally and physically,” Josh recalled. “We had financial problems and family problems—sometimes our own parents couldn’t even support us anymore because four years without a big break was a difficult thing to accept.”

Contrary to popular belief, the group was not trained in Korea. They were trained right here by a combination of Filipino and Korean mentors. When they did go to Korea, it was to record their songs and prove they had what it takes.

In Korea, SB19 performed with the likes of Psy, Up10tion, and GFriend in arenas with crowds of more than 20,000. The reception by the Korean crowds was great—the guys believed they proved their talent.

According to Stell, the group practices singing and dancing each number they composed at least 30 times a day—the aim is to practice each song at least 1,000 times. Only after reaching that 1,000th mark do they release it.

This perfectionist mindset is probably why their online content is full of positivity. I have yet to see online haters/bashers of the group.

“It feels so good that Filipinos appreciate our music. We all know that Filipinos have been so used to rock bands and ballads so we were shocked by the positive response,”said Ken.

This response was apparent during their performance the night before our interview. “Yesterday was the most memorable show we had,” said Sejun. “There were a lot of people and they were really singing along with us. They were singing so loud we couldn’t even hear our music anymore. I wanted to cry onstage. Nakakakilig.”

They also received praise from a renowned Korean producer they worked with when they recorded their single, “Go Up.”

Stell recalled how this producer, who has worked with other famous “idol” groups in Korea, told them, “This is the first time I’ve worked with a Filipino idol group and I never expected Filipinos to be this good.”

Josh revealed an inspiring backstory. “I’ve been through a lot in my life. My childhood was rough—I never got to meet my father, I finished only elementary and I just pursued work for myself. I was really independent—and so I go up for myself.”

Finally, Sejun said, “All my life I felt the need to prove myself to everyone. I’ve always wanted to be an artist, but I never had the chance to take the path because of various responsibilities. I go up for me, myself, my family, and everyone who believes in me.”

For all those who believe in these young men, the guys are beyond thankful. Said Justin, “To all our supporters, to all those who appreciate us, we would like to say thank you. We don’t know how else we can repay you for your support other than by working harder, practicing harder, and giving our all so that we’ll be able to give you a satisfying performance.”

I left the dance studio with the boys on the floor, bundled together, playing Nintendo Switch with pure joy on their faces. They are truly a group of humble and genuine artists. If they keep this up, “going up” won’t be a problem—they will surely reach the top (if they haven’t already) in no time. —CONTRIBUTED