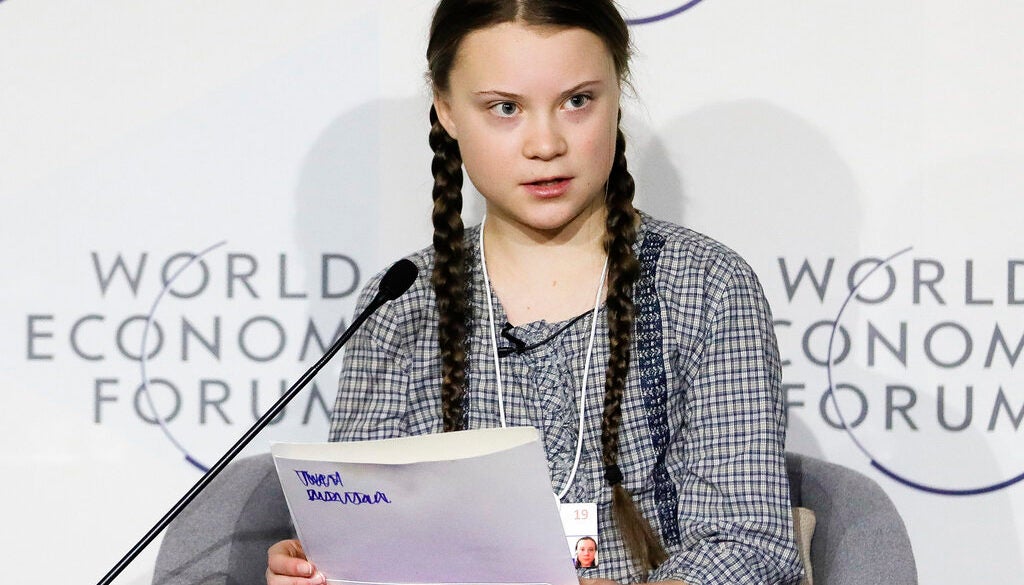 This Jan. 25, 2019 file photo shows climate activist Greta Thunberg during a session of the World Economic Forum in Davos, Switzerland. Thunberg has two books coming out in the United States, including an English-language edition of her memoir. Penguin Press announced Thursday, Sept. 19, that it will release Thunberg’s memoir “Our House Is On Fire” and a collection of her speeches, “No One Is Too Small to Make a Difference,” which will include her upcoming address at the U.N. Climate Action Summit. (AP Photo/Markus Schreiber, File)

2 Greta Thunberg books coming out in the United States

NEW YORK — Swedish climate change activist Greta Thunberg has two books coming out in the United States, including an English-language edition of her memoir.

The 16-year-old Thunberg has quickly become an international force for urgent climate action. She has been in Washington for several days of rallies and lobbying efforts ahead of Friday’s planned global climate strike. NVG