How Habi makes a difference in the lives of Filipino weavers | Lifestyle.INQ ❮ ❯ 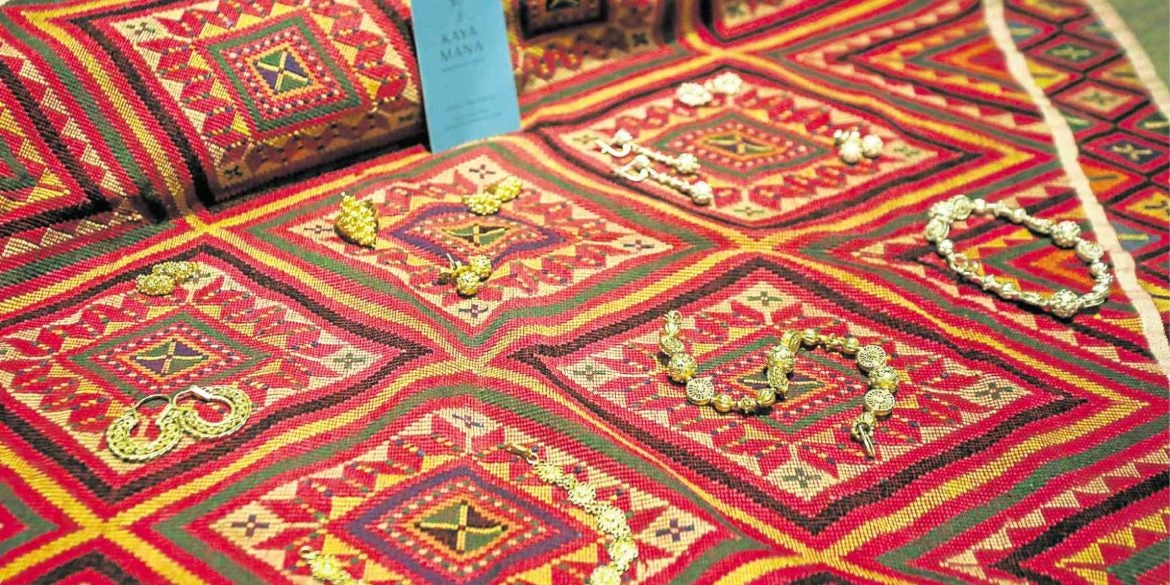 How Habi makes a difference in the lives of Filipino weavers

In 2016, in a meeting with weavers from Kabankalan, Negros Occidental, Negrense entrepreneur Michael Claparols learned about the poor sales of their woven runners, shawls and placemats. The products used polyester threads which, although cheap, paled in comparison to the fine and nubby texture of cotton.

Moreover, none of the weavers knew how to promote their products.

In 2017, Claparols included the weavers in his Creative Definitions General Merchandise to help the weaving community.

An officer of Habi, the Philippine Textile Council, Claparols convinced the weavers to shift from polyester to cotton threads. Since then, sales have gone up, especially when Creative Definitions joins artisan fairs.

In 2017, Habi went around the Visayas to promote cotton as alternative to synthetic threads and to educate weavers on entrepreneurship.

The growing fascination with traditional textiles and with how these lend themselves to innovative designs has turned them into a symbol of national pride.

Habi was founded to sustain and promote indigenous Philippine textiles, wean the weavers from synthetic threads to cotton, and to educate the public on the country’s weaving traditions.

Habi chairperson Maria Isabel Ongpin recalls how, in 2009, the Asean Foundation wanted the Philippines to host the Second Asean Traditional Textile Symposium, but since there was no textile society then, an Indonesian textile association tapped the Museum Foundation of the Philippines Inc. Ongpin was then its president.

Soon after, Ongpin and Adelaida Lim established the Habi Foundation. They observed the weaving practices in Malaysia, Vietnam and Thailand.

Nadres took Ongpin and Lim to Aklan to meet the piña weavers. The weaving community in Aklan became part of the study tour in the Second Asean Traditional Textile Symposium.

“When we visited the other Asean countries, the weavers used natural fibers. Our weavers were using polyester threads because they felt they were getting better return of investment. Weavers of Bangar could get the synthetic thread from the market. They would have to make a long trip to Divisoria to buy cotton threads. Habi has been going around providing weavers with cotton thread,” says Ongpin.

Habi has also been working with the Philippine Fiber Industry Development Authority, an agency under the Department of Agriculture, which handles the research, development and marketing of natural fibers.

Lim, Habi president, says when cotton was planted in Batac, Ilocos Norte, it yielded two tons of cotton. They were spun into threads and were given to weavers.

“Cotton is not easy to work with because it snaps easily, unlike polyester. We insisted that the weavers try it. After using cotton threads, they realized that this was the same material used by their ancestors,” says Lim.

In three weeks, the Batac weavers had produced the fabric.

The 9th Likhang Habi Market Fair, set Oct 11-13 at the Glorietta Activity Center in Makati, will gather the weaving entrepreneurs.

Last year, the fair had some 80 exhibitors. Due to mall renovations, the number has been reduced to 50.

“We have raised public awareness of indigenous fabrics through market fairs and fashion shows. The designers were a major driving force in using these fabrics. That started the ball rolling,” says Ongpin.

“Habi has been going around the country, meeting weavers and seeing their work conditions. Most of them sit on the dirt floor with their loom and spin under poor lighting,” observes Lim.

Habi has been promoting weavers who are gaining popularity themselves. Among them is Raquel Eliserio, an Aklanon who has taught piña weaving, held an exhibit at the National Museum and went to Japan and Thailand to promote piña-seda.

Yakan weaver Evelynda Otong is now a successful entrepreneur, with stores in Zamboanga and Basilan. She did a weaving demonstration recently at the Pause Fashion Hub during London Fashion Week.

Corazon Agosto from Santiago Cove, Ilocos Sur, is a mentor in the making of inabel patterns.

Irene Bawer-Bimuyag from Kalinga is known for intricate embroideries that can fetch six-figure sums. “Weavers should earn well so weaving becomes a viable livelihood. There’s no middle man when Irene does business. She wants to build a textile museum,” says Lim.

Aside from providing cotton threads to weavers, Habi has been helping promote their livelihood. For example, it has connected a weaver from Santiago Cove, Ilocos Sur, with New York-based designer Alessandra Perez-Rubio, co-founder of the evening wear brand Mestiza.

Lim, a Baguio resident, is one of the organizers of ENTA-cool, Baguio’s Creative Festival that showcases weaving, woodcarving and silversmithing. Baguio is one of the 64 cities selected by Unesco Creative Cities for cultivating craftsmanship and innovation—one of the main components for a sustainable urban growth.

Through Habi, Lim is organizing a contest among weavers under age 30. “The youth would rather hold cell phones. We are holding a weaving contest to encourage them,” she says.

“We feel that Habi helped improve the lives of weavers,” says Ongpin.

Next year, Habi is publishing a book, “Way of Weaving,” by Norma Respicio and textile expert Gale Zialcita.—CONTRIBUTED