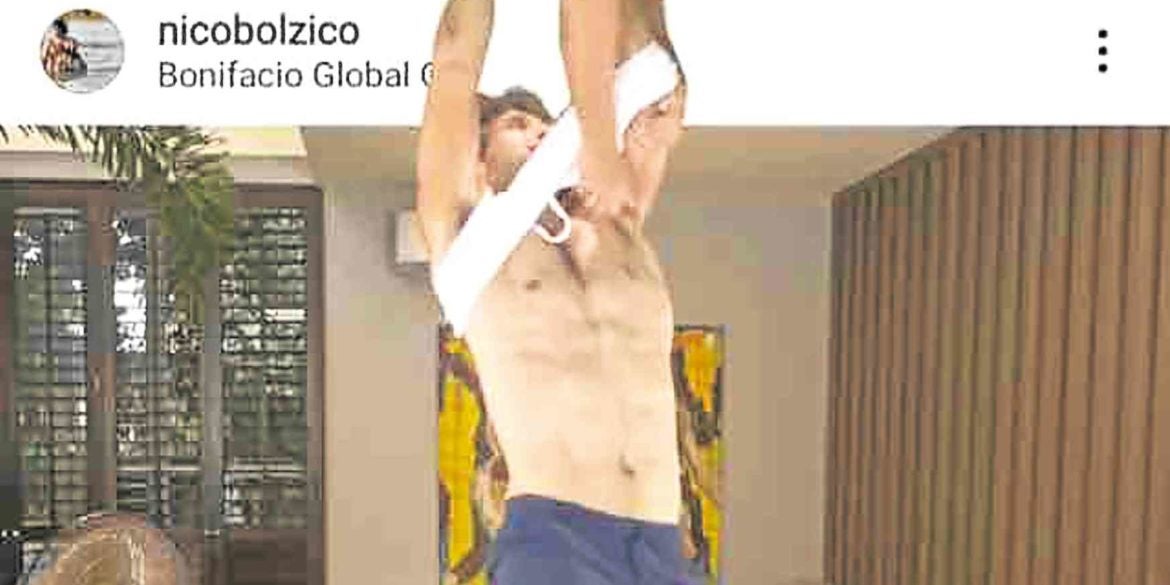 Guidicelli and Bolzico clown around in a scene from the video.

Matteo Guidicelli and Nico Bolzico: The IG post with a twist

It’s become so easy to scroll through one’s Instagram feed, skipping blithely past yet another cup of swirly latte art, blazing sunset or ancient temple.

Businessman Nico Bolzico and his Argentine posse (hashtagged SosBolzProducciones) are literally thinking out of the box.

Instead of using single frames or IG accounts, they’ve roped in their friends (Swatch ambassadors Matteo Guidicelli and Anne Curtis Smith) to star in a minutelong, multiframe video series.

The latest, which dropped last Wednesday, features Guidicelli attempting to take back his Swatch Big Bold, “Mission Impossible” style, from Curtis Smith who is two frames down.

As he is lowered past Bolzico on a harness, Guidicelli snatches the watch from Curtis Smith’s dresser and is yanked up.

Bolzico catches him before he can make good his escape. The resulting scene? A hilarious nipple-twisting, midair tussle between the two.

Smith’s husband, Erwan Heussaff, has a cameo—he wields a sword to bring the video to a close.

All four protagonists (Guidicelli, Bolzico, Curtis Smith and Heussaff) posted the video on their IG walls simultaneously last Wednesday evening, with Curtis Smith garnering the most number of views (582,500) and close to 100,000 likes.

This is the second video from Bolzico and his friends. The first came out two months ago in July, featuring Swatch Big Bold.