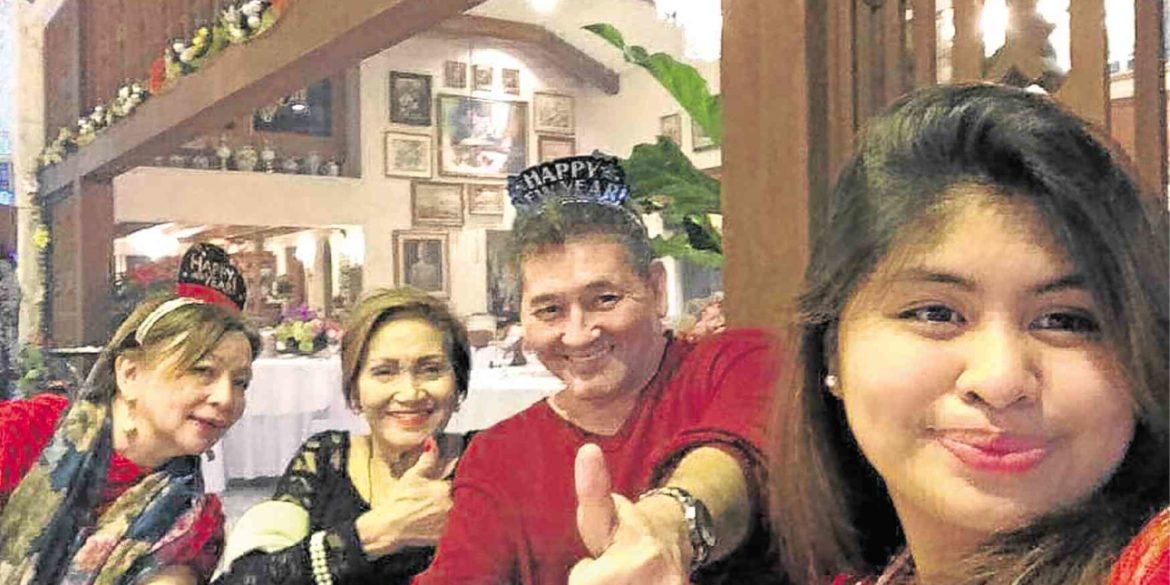 ‘All my loving’: Richard Merk remembers his wife Roni

Roni Merk loved her husband so much that she lived for him. Unfortunately, her life ended after a year of separation from the man whose career as jazz singer she managed for almost 20 years.

Veronica Tapia-Merk, former bank executive and the woman who did everything to prod and inspire Richard Merk to put his musical talent to good use, died Sept. 22 of colon cancer. She was 65.

“I’m sad that I never got to talk to Roni before she passed away,” Richard told Lifestyle at the wake for his wife at Santuario de San Antonio in Makati. “Gusto ko sana ng closure. She was a loving woman.”

By closure, he meant ending whatever unresolved issues they had as a couple who went through the best and worst of times.

“She was kind to everyone, not only to me but to my friends,” he said. “All my friends became her friends. It’s really sad that I wasn’t able to hold her hand. At the same time, I thank God na hindi siya nahirapan. She just went to sleep and went to our Creator. No more pain, no more suffering, only happiness in heaven.”

They had not been talking for a year, Richard said, although Roni went to the wake of his mother, jazz queen Annie Brazil, who died March 5.

“Roni said, ‘Sit beside me.’ She even brought me white shirts to wear for the duration of the wake,” he said. “I thanked her. But my mind at the time was always on my mom, at maraming bisita, I had to attend to them.”

Richard recalled Roni telling him, when she was already sick, that should anything happen to her, Manna, their daughter, would stay with Roni’s sisters. When he asked Roni why Manna couldn’t stay with him, she didn’t reply.

“But Manna is now 19,” said Richard. “She can decide where she wants to live. I told Manna to think about it, because the law says that if the mother is gone, she will live with her father. Manna said she’d like to stay with me.”

Richard himself had health issues even before Roni found out she had cancer. He figured in a vehicular accident where his foot was badly injured. A diabetic, he had to be brought to the hospital regularly for treatment.

He said he went through depression, got drunk every night until he collapsed and was rushed to the hospital: “My blood sugar was 450. My blood pressure was 250/120. The doctor said if I didn’t make it to the emergency room in time, I would have either slipped into a coma or suffered a stroke. I was in the ICU for two days. I never want to be in that condition again.”

He said Roni visited him in the hospital.

He remembered the day Roni was diagnosed with stage 4 colon cancer four years ago. She had been throwing up, her stomach had ballooned, so she needed to go through a series of tests.

They were both shocked at the doctor’s diagnosis. She underwent emergency surgery for six hours.

After going through chemotherapy sessions, Roni didn’t want to go through another surgery.

“She suffered a lot while she was sick,” said Richard.

In her last birthday party held at Barbara’s in Intramuros last January, her hands were shaking. She told Lifestyle then: “I easily lose my balance.”

When I asked about Richard, she said: “I would still like for us to be together again with our daughter.” She added that Richard needed time for reflection.

Richard recounted their wedding at San Miguel Church in Manila in 1999: “I chose the date, Dec. 8, and Roni took care of the reception at Remedios Circle.” (The street party was held across Café Adriatico of the LJC Group, where Roni was a business partner.)

“Masaya, we traveled a lot,” said Richard of their marriage. “We enjoyed Manna so much, grabe. When Manna came into our life, talagang sumaya buhay namin, although we belonged to two different worlds—she’s corporate, I’m an artist.”

He said he travels around the country singing at Casino Filipino branches. He wants to help other music talents, who are not given the breaks they deserve.

“That’s also my life, helping artists including those with health problems. I’ve done that at Merk’s Bar.” (Roni put up the bar at Greenbelt 3 for Richard.)

“I thank her for everything, all the good things she did for me,” he said. “I’m sure we will all miss her—ako, my daughter, her family, her friends.”