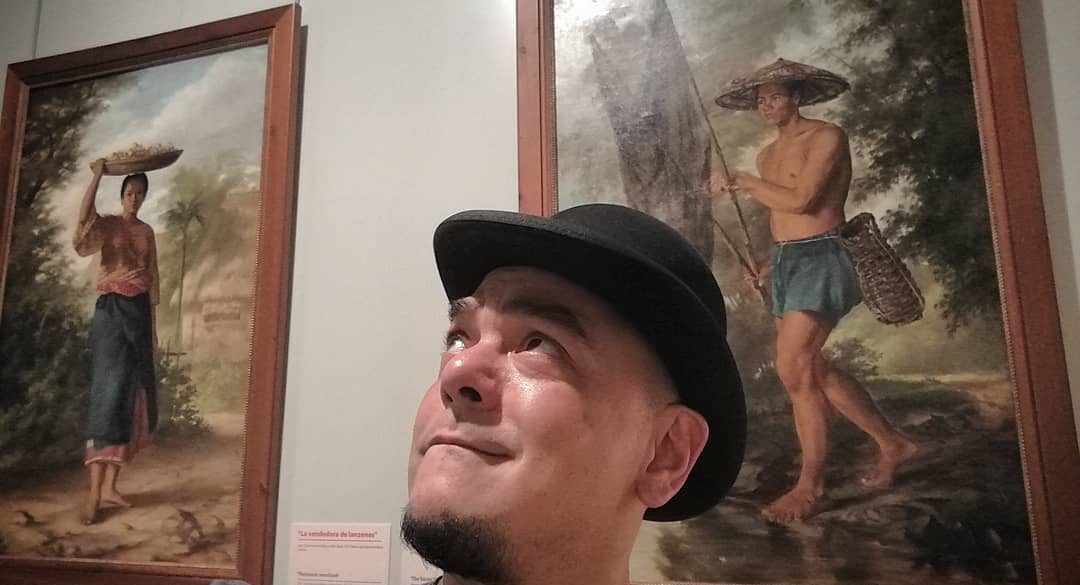 The first few hours after receiving the news of someone’s death always feel unreal. I heard of the passing of Carlos Celdran randomly announced by a voice disembodied by cubicle walls this afternoon in a newsroom.

Dealing with the shock is done via scouring the Internet. It’s not true until the first news report pops up or until a member of the family posts about it online. It’s hard to deal with someone’s death, especially when life is so well-documented via social media. A friend of mine, who took Twitter an hour after I’ve read the many tribute pieces that have come up, said it best, “How can he be dead when he was just tweeting the other day?”

Celdran, as a political activist and performance artist, is one consistent voice of dissent, on and offline. Not even being found guilty of blasphemy shushed him. In fact, that 2013 incident where he staged a one-man protest against the Catholic Church and his arrest made him even more popular in the mainstream.

And though he left Manila for Madrid in January, he still couldn’t be silenced. He took his tours internationally. One of his latest posts shows his excitement for his upcoming schedule.

He walked the talk in the most literal sense. His tours of Intramuros and Manila were the gateway to learning more about his unwavering stand to fight for freedom and justice. His show ‘Livin’ La Vida Imelda!’ made sure that in a time of fake news and historical revisionism, there’s one man who will make sure we will never forget. Even if it takes delivering the hard truth with a punchline.

Access to justice is not only for people in Forbes Park. Thank you for sharing the story but Manang’s trauma can be multiplied by hundreds of thousands. Let Manang know what her rights are! Period. That’s where it all begins.

I’ve only encountered Celdran once, when I started as an editorial assistant, during a morning conference where he was invited as a speaker. There, he talked about how Metro Manila will always have its problems since the 16 cities and one municipality are run like individual monarchies ala ‘Game of Thrones.’ It’s an idea I agree with and has stuck with me ever since.

On the year of his death, Celdran’s talk proved true as citizens celebrated the turn of the tide. Three important cities, including the capital, voted for younger names in the mayoral race, overturning decades worth of rule by their respective dynasties.

Four years after his Damaso protest, the RH Bill was passed.

Shortly before Celdran moved to Spain, Imelda Marcos was found guilty of seven counts of graft. But on the day of Celdran’s death, Sandiganbayan junked the P1.052 billion ill-gotten wealth case against the Marcoses.

I’ve obviously been going through Celdran’s social media accounts to cope with the fact that one more voice for justice is now gone.

Like most of those who have a fiery spirit, there’s no indication of him slowing down on days prior. He showed off an Osmo and flirted with the idea of starting a YouTube channel.

He still had fun putting a troll on blast, complete with a Beyoncé meme.

Sigh. I live in Madrid, not Barcelona. I’m obviously tweeting so I’m not hiding. And lastly, Please don’t mistake me for someone who gives a shit about your opinion. Thanks, lolo. Now keep on barking like rest of the others. Tire yourself out. https://t.co/CmoGe5TFi0 pic.twitter.com/iIlJud9Huf

Leave it to someone like Celdran to make an exit memorable. True to his humor, he left this world without forgetting to make one last wish.

Censored in the temple of the Lord: Who was Carlos Celdran, really?