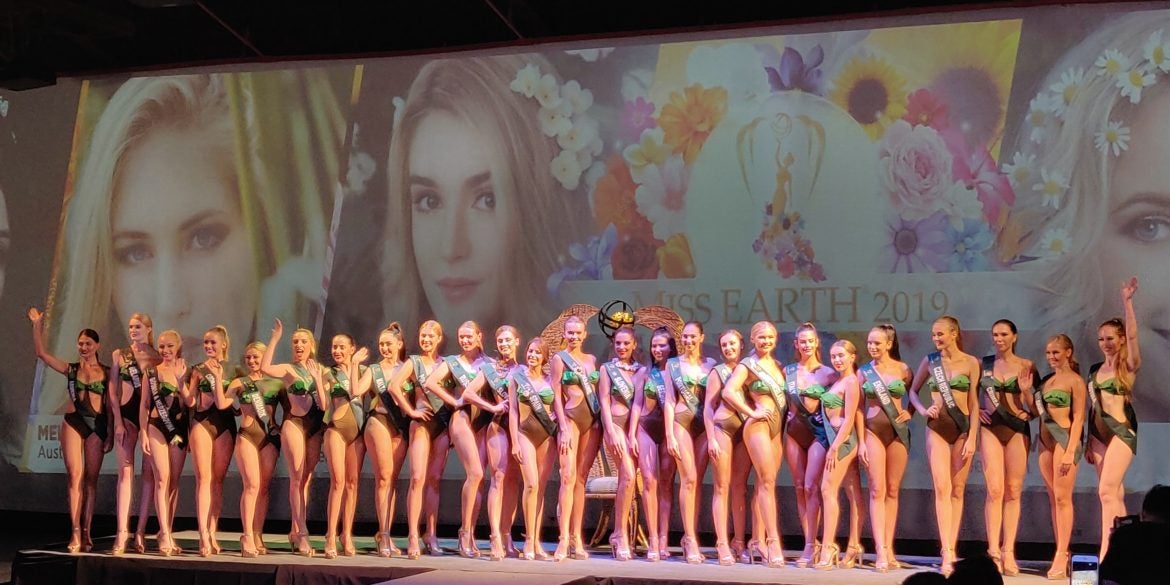 MAKATI CITY—Continuing its mission to offer transparency to the public, the Miss Earth pageant has once again made its “figure and form” competition open for public viewing through Facebook Live as it did in the two previous editions.

The competition, where part of the scores determining the semifinalists will come from, was held at the Green Sun Hotel in Makati City on Oct. 12, and was made available on social media.

“In any competition, there will be people who will complain about cheating. Now they can see for themselves how the ladies are being judged,” Lorraine Schuck, executive vice president of pageant organizer Carousel Productions, told the Inquirer in an interview conducted before the competition.

She also pointed out that as in the previous years, her team invited experts in the field of fitness to help make better judgment of the delegates’ physique.

Different sets of judges, who are all recognized experts in their fields of discipline, will be invited in the coming preliminary competitions.

Aside from “form and figure,” the ladies will also undergo competitions for “poise,” “beauty of face,” and “intelligence and environmental awareness.”

The Philippine-based international competition, launched in 2001, runs on the platform of environmental protection.

Schuck clarified that another crucial component in the delegates’ scores will come from the team managers, who will give input on the ladies’ attitude.

“It can either make or break a candidate,” Schuck said, confirming cases wherein ladies who were strong in the four categories missed the semifinals because of their bad behavior.

The joint competitions for “poise” and “face” will be held at the F1 Hotel at the Bonifacio Global City in Taguig City on Oct. 13. The Facebook live session will start at 3 p.m. (Manila time).

For “intelligence and environmental awareness,” the competition will take place at the Diamond Hotel in Manila on Oct. 19. The Facebook live session will start at 10 a.m. (Manila time).

For this year’s competition, the Miss Earth pageant has welcomed the participation of Papua New Guinea, and Northern Marianas, who are sending representatives for the first time—Pauline Tibola and Leisha De Leon Guerrero, respectively.

Schuck expressed delight at the debut of the two countries.

“It feels good to me because they noticed Miss Earth. They called and said they wanted to join, help in our advocacy,” she said.

“It’s better for us. Every year more and more countries become aware of what Miss Earth has been doing. That is good for all of us living in this world,” Schuck continued.

This year, the Philippines is represented by TV host Janelle Tee.

Reigning queen Nguyen Phuong Khanh, the first Vietnamese woman to win in a prestigious international beauty pageant, will relinquish her title to her successor who will be chosen from a field of 85 delegates.

The 2019 Miss Earth coronation ceremonies will be staged at the Cove Manila club at Okada Manila in Parañaque City on Oct. 26, at 4 p.m. /je