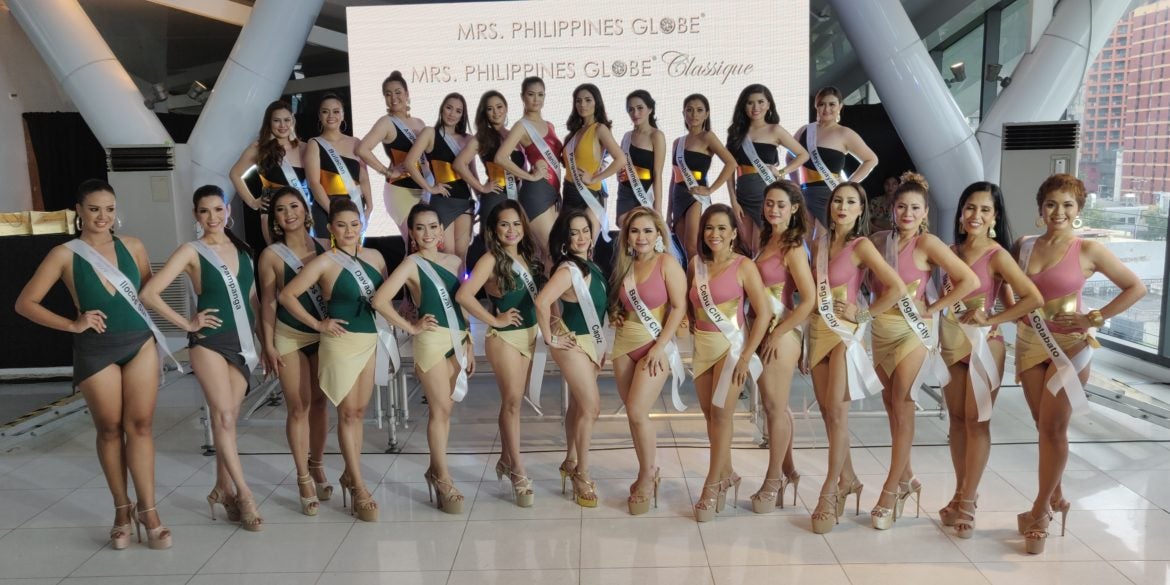 Mrs. Philippines Globe CEO Carla Cabrera says it feels empowering for a woman to have the courage to walk in a swimsuit. ARMIN P. ADINA

MAKATI CITY—Recognizing the unconditional love of mothers and their untiring dedication to their families, this year’s Mrs. Philippines Globe pageant will showcase the candidates as heavenly beings.

“Our theme this year is about angels, because moms are angels,” Mrs. Philippines Globe CEO Carla Cabrera told the Inquirer at the sidelines of the candidates’ press presentation held at the Century City Mall Events Hall in Makati City last month.

The longest-running pageant for married women and single mothers in the Philippines has gathered its biggest haul of applicants and official contestants this year, which Cabrera attributed to the competition’s track record of strong empowered winners, and to the team’s adoption of modern technology.

“In eight years this is the highest at 25 (candidates). We had 70 applications,” Cabrera shared.

“We weren’t in a hurry, we took our time. We did online screening. The ones from the provinces didn’t have to come to Manila. We had a set-up where they were fully made-up, and they walked on video chat. There we decided already,” she added.

The pageant also expanded its age range. If before the minimum age was 25 years, now it was lowered to 23. The maximum age was also raised to 55 ever since the competition started looking for a representative to the global tilt’s older category, the “Classique.”

The Mrs. Globe pageant is for ladies 23 to 44 years old, while a Mrs. Globe Classique category was launched for women 44 to 55 years old.

Cabrera explained that for the Classique category, the representative will have two years to prepare “because it will be held far way, in the US.”

This year’s Mrs. Philippines Globe Classique winner will join in the international contest’s 2021 edition, she clarified.

The Mrs. Globe pageant, meanwhile, will once again be staged in China. The Philippines’ eventual representative will leave by the latter part of November for the early December coronation ceremonies.

Cabrera said that in choosing the “Globe woman,” her team will look for a “multi-faceted woman. She celebrates herself, even her imperfections. At the same time, she’s continuing to reinvent and evolve.”

She added: “Somehow she’s quite successful in whatever she does, whether she’s a stay-at-home mom, or a businesswoman, a career woman, or wherever she does her charity work, she’s continuously growing and evolving.”

Cabrera also raised the possibility of bringing to the Philippines another one of the categories in the Mrs. Globe platform—the Mrs. Globe Curvey.

“It’s empowerment. You give chance to even the ones who are plus-size nowadays. We’re still experimenting with ‘classique’ now. But when that category matures here, perhaps we can give a chance to ‘curvey,’” she said.

“It’s the digital age, there are no more walls. Anyone can reach their dreams at any time they want. It’s about courage,” she explained.

The 2019 Mrs. Philippines Globe pageant coronation night will be staged at the Marquis Events Center at the Bonifacio Global City in Taguig City on oct. 13.