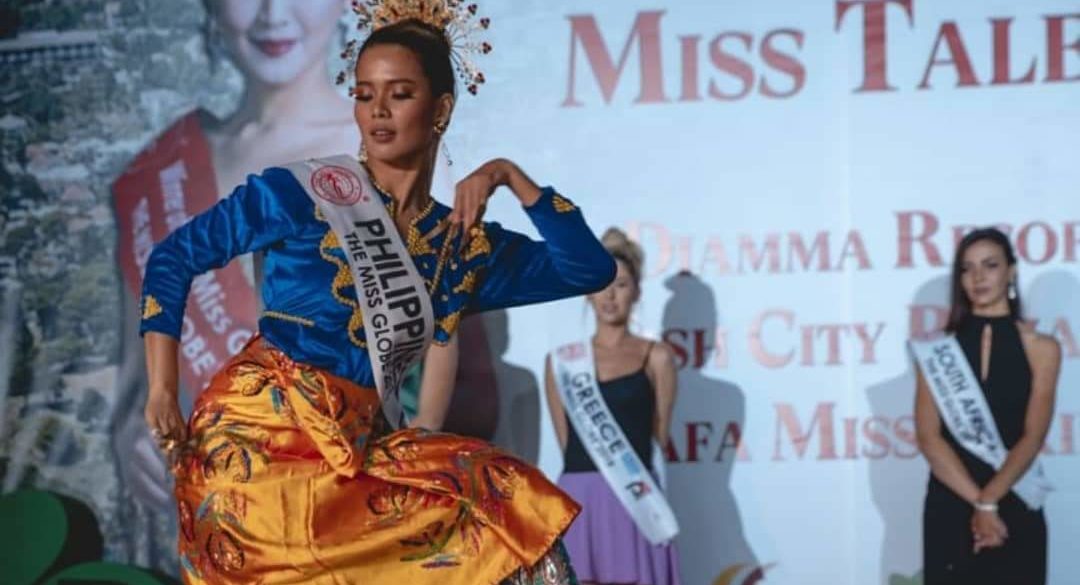 MANILA, Philippines — Pageant veteran Leren Mae Bautista has been showing how her experience has been very useful for her recent quest for an international crown.

Now currently in Albania, the Binibining Pilipinas queen from Laguna has been among the top contenders in the talent and swimsuit categories in the preliminary competitions for the 2019 Miss Globe pageant in Albania.

Bautista, who was a dancer in high school and college, performed a tribal dance for the talent competition. During the swimsuit competition, she donned a black one-piece suit with a dangerously low neckline.

The 26-year-old model has certainly taken advantage of what she has learned from her consistent victories in beauty pageants.

After bagging the Miss Los Baños crown in 2013, she went on to win the Binibining Laguna title in 2014, which took her to the Mutya ng Pilipinas pageant in 2015 where she was proclaimed Mutya ng Pilipinas-Asia Pacific International.

For her first international pageant assignment, Bautista won for the Philippines the 2015 Miss Tourism Queen of the Year International crown in China.

Bautista said she is “more driven and motivated” for her Miss Globe journey.

“I have to prove a lot more in this pageant, and this is the last pageant that I will be joining, so I’ll do my best,” Leren said during her send-off press conference at the Novotel Manila at the Araneta City in Quezon City on Oct. 2.

“I’ve learned a lot of good things about Albania from the past queens. And their tips and advice really make me wanna go and be there. I wanna compete and bring home the crown for the country,” she continued.

Bautista aims to duplicate the feat of Ann Lorraine Colis, who was proclaimed Miss Globe in Canada in 2015.

The 2019 Miss Globe pageant coronation ceremonies will be staged in Ulcinj, Montenegro, on Oct. 21 (Oct. 22 in Manila). /je