Red Charity Gala: Each showed what he does best—unmindful of others | Lifestyle.INQ ❮ ❯ 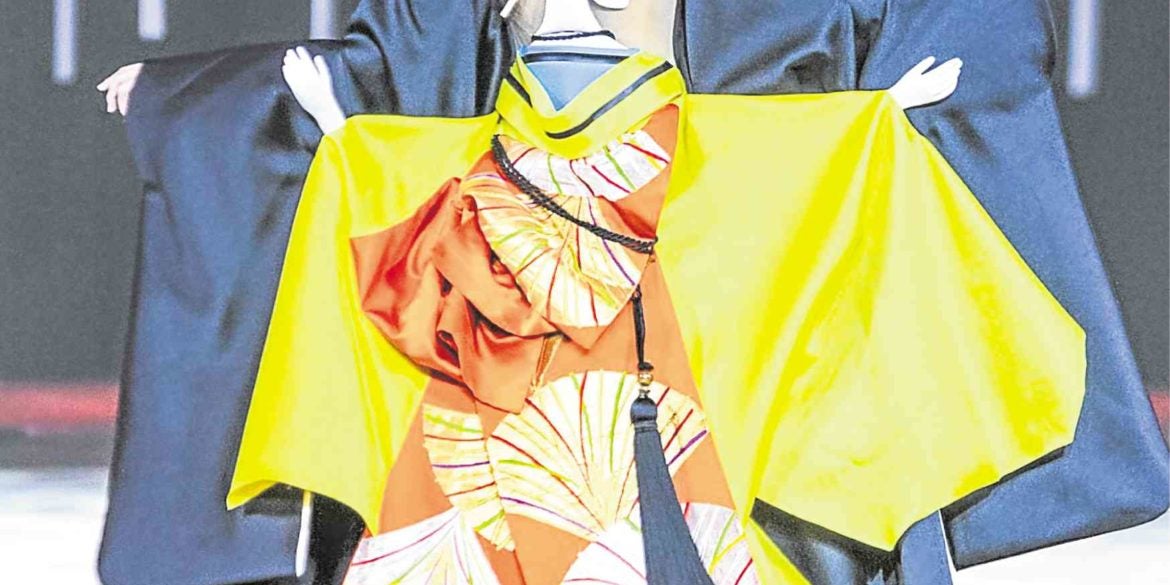 Red Charity Gala: Each showed what he does best—unmindful of others

Turned out it was no battle royale—‘When you know your craft, you don’t mind everybody else’

Last Saturday’s Red Charity Gala had all the makings of a battle royale after its organizers and cochairs Tessa Prieto-Valdes and Kaye Tiñga, with their longtime supporter Bench, decided to gather all 10 designers they have featured to share one stage at Shangri-La at the Fort.

What we saw from our roost that night, however, were 10 designers who seemed unmindful of any imagined one-upmanship. Each showed what he does best. (On top of that, their efforts raised P6 million, said Valdes.)

Cary Santiago told Lifestyle, “When you know your craft, you don’t mind everybody else. We all came together for a good cause.”

It’s a sentiment seconded by Lesley Mobo: “I think everyone showed their best. Someone asked and I couldn’t point out any weak ones.” In street parlance, ginalingan. And if people didn’t get his clothes? “I don’t really care what they think!” Mobo said with a laugh.

The designers’ collections—eight apiece—were presented in chronological order, beginning with Dennis Lustico’s, inspired by Zhang Ziyi’s character in the 2004 film “House of Flying Daggers,” a blind revolutionary courtesan, both fragile and strong.

The modern chinoiserie was interpreted in happy colors and exaggerated proportions—sheer organza coats layered over oversized pants, empire-cut dresses with textural touches of feathers and appliqués—reflective of the film heroine’s dreams and aspirations, said Lustico.

The models sported dramatic imperial Chinese headdresses, designed by Gino Gonzales for Lustico, to complement the scale and volume of the clothes.

Furne One’s was reminiscent of the amazons of the fictitious Wakanda in the Marvel film “Black Panther”—caped golden warrior queens in onesies or bodysuits studded with tattoos of gold beads, their “bald” heads and faces sporting more gold ornaments and halos.

When the Dubai-based One showed in 2010, some of his models suffered mishaps on the slippery runway—save for one, Marina Benipayo.

Michael Cinco, fresh from the triumph of his gala collection for Ballet Philippines’ 50th year milestone, recalled eight looks from the “Swan Lake”-inspired collection—four midi-length dresses with fluted structured skirts and sugar beadwork of gradating colors, and four full-length gowns with tiered ruffles and hand-shirred details throughout that added texture. Each bore the show-stopping couture drama that has been a signature of the Dubai-based Cinco.

Santiago broke away from his signature laser-cutting and fabric manipulations with a Japanese collection that was a hit with both the audiences and his peers—“fit for a museum,” said Lloren in awe.

The Cebuano reproduced Japanese porcelain dolls with fiberglass to create trompe l’oeil-effect geisha details on his kimono dresses. The fiberglass geisha dolls sported three-dimensional obi fabric sculptures—in effect, a kimono as a canvas for a kimono.

A fan of Oriental arts and architecture, Santiago has been collecting Japanese kimonos and fabrics, which he reworked for this collection. He added appliqués on printed fabrics to add depth.

“When I design, I always want to elevate them to art— moving, wearable art,” he said. “I want people to smile when they see my work.”

The collection, Santiago said, was his love letter to Japan and his friends there, who were recently hit by a strong typhoon.

Ezra Santos was also unapologetic about his use of glittery ornamentation. His couture techniques reflected in his heavily beaded designs. A nod to his adopted home in the Middle East, the collection had models sporting jeweled veils and headdresses; three wore veiled hats reminiscent of Persian and Turkish whirling dervishes.

Lloren’s had a somewhat morose backstory, and it reflected in the dour black and gray palette of his collection.

“Sweet Dreams: Ora Pro Nobis” is Lloren’s take on Filipiniana and his ode to the “sad state of the Philippines,” said the designer, “and I’m mourning also those who have passed who have been championing our culture, like [fellow designers] James Reyes and Cesar Gaupo.”

Lloren reengineered parts of the national costume—terno sleeves and pañuelos, for instance, were reworked to form hybrid looks; a blousy barong was worn backward, another was cropped in front in a cape-like silhouette.

London-based Mobo was inspired by high-glam old Hollywood with 1940s silhouettes and heroines of that film noir era—sleek, glossy, metal sheaths flowing like liquid, “like they could be smoking a cigarette or drinking martinis, and dripping wet, like they jumped in a pool,” hence the slicked-back, wet look hair, courtesy of Henri Calayag, said the designer.

Mobo had classic dresses with an underlying story of confidence, reminiscent of how the film noir portrayed women—seemingly weak sex objects, but ultimately homicidal heroines. They’re dressed to kill, if you will.

The eight dresses were made of velvet and pailettes—in gold, black, red and one emerald, based on the 1945’s Technicolor era film “Leave Her to Heaven” “which used green filters in every scene.”

Joey Samson showcased his mastery of tailoring and deconstruction in a collegiate-inspired collection—a crop top (for men) and a quilted varsity jacket on the lone female model.

Unlike in his 2017 collection where he made efforts to be relatable and understood, Samson stuck to his guns with his deconstructed jackets, tailored track pants and shorts-over-pants look, and a navy coat, studded with monochromatic ribbons.

Samson’s collection is the kind that could be well received in fashion capitals, Mobo said. “His is very international. The clothes need to be seen up close,” to see all the clever details, “on a runway more intimate like those in New York and London.”

Santiago and Mobo were both fans of Lloren’s collection—“Amazing cuts,” said Mobo; “so beautifully crafted, I can’t do those myself,” said Santiago.