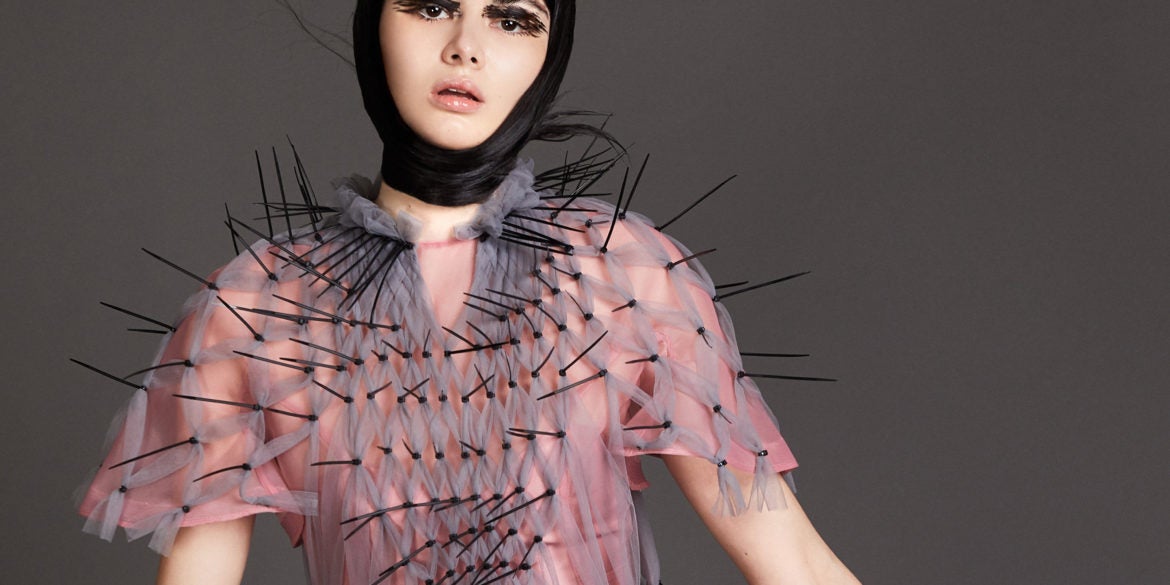 Trust Slim’s Fashion and Arts School to create the most interesting of themes.

“Alchemy,” this year’s exhibit by student designers, is a perfect example. It revolves around the idea of taking something that has lost its original value or function and transforming it into something useful.

Since the theme of recycling has been done countless times, Slim’s director Mark Higgins challenged participating student designers to make their works relevant and wearable.

“Everyone can be outrageous with this theme,” Higgins said. “One should not be stuck in their own bubble where only you and a few people can understand what you created,” he added.

In the second of two parts, here are other notable creations from “Alchemy,” which ran until Oct. 4. 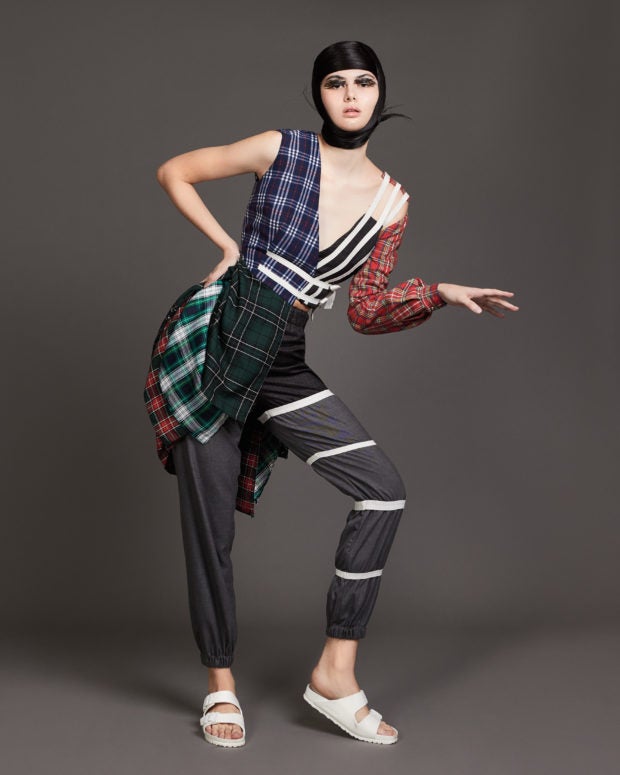 Isabelle Morris, the designer who created the modern school uniform jumpsuit, said, “I entered fashion with the goal of being a sustainable fashion designer. So when I had the opportunity to create a piece from scratch, it was a no-brainer that it was going to be an upcycled piece.”

She sourced for materials through her friends, who gave her their old school uniforms. 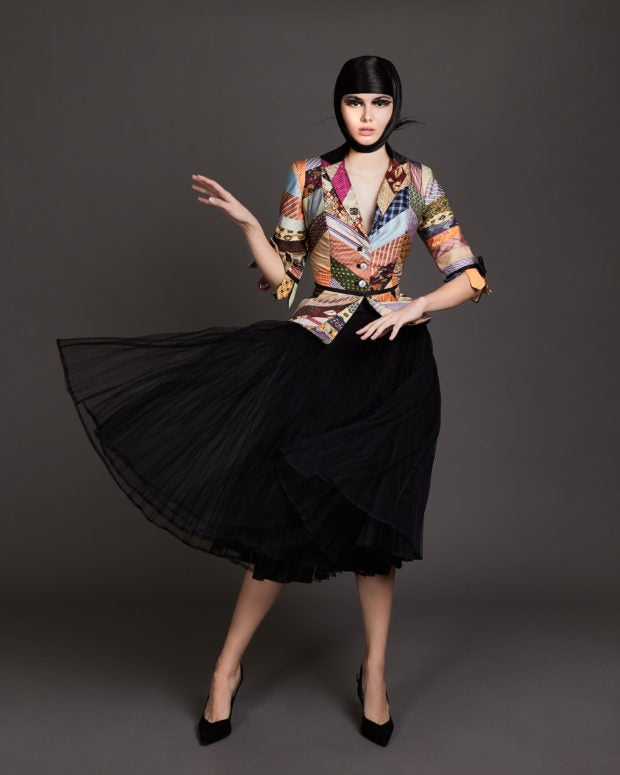 “Un Hommage a Christian Dior” is the piece created by Jaq Hernandez.

“The silhouette is very Dior’s ‘New Look,’” he said, referring to a style made famous by the designer in 1947—a jacket with a tiny waist worn over a full skirt.

To fit “Alchemy’s” theme, he used old neckties from his grade school uniform and his years working as an accountant. The older ties are from his father.

“I wanted to use something identified with menswear to come up with a look that is decidedly feminine,” he said. 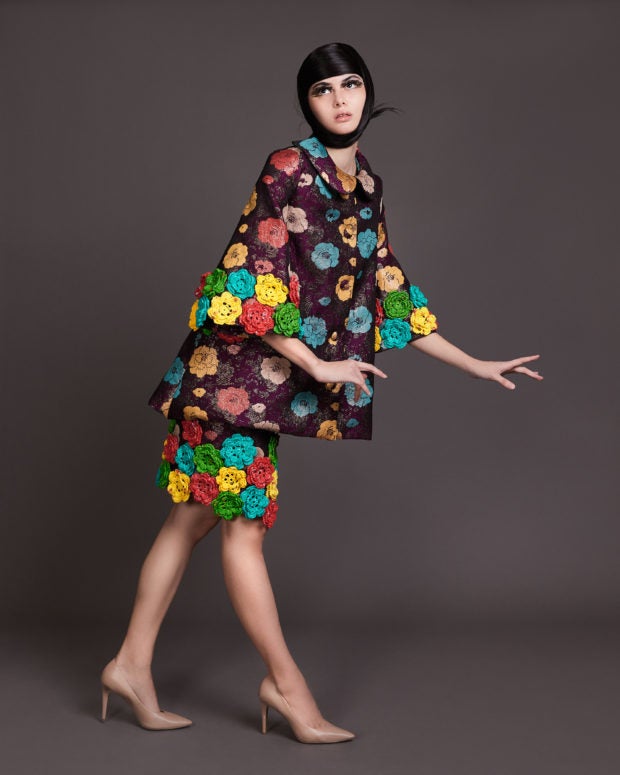 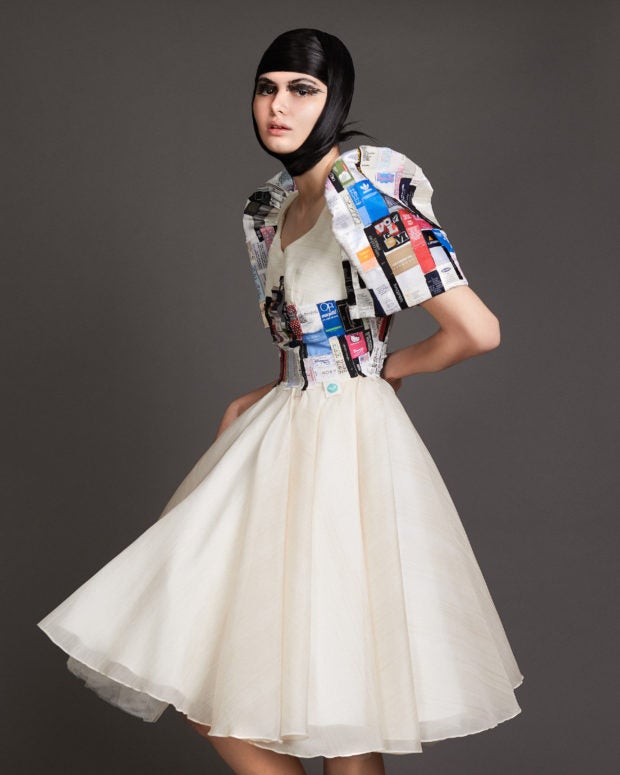 Joanna Manalili created two pieces for this year’s exhibit—a terno with sleeves made out of discarded clothing labels and a dress with crocheted embellishments made out of plastic bags.

Manalili sourced plastic bags from the grocery and department stores. She washed and cleaned them then cut them into thin strips to produce plastic yarn. This plastic yarn was then crocheted into 3D flowers, and used as appliqués on the ’60s-inspired dress and coat.

“For the piña jusi Filipiniana dress, I wanted to incorporate and upcycle something that will represent the fashion industry,” she said. Instead of using discarded clothes or dead stock fabrics, she used labels and care tags, which are mostly from fast fashion brands.

The collected labels and care tags were hand-stitched to make the terno sleeves and the bodice, giving the illusion of a cinched waist. 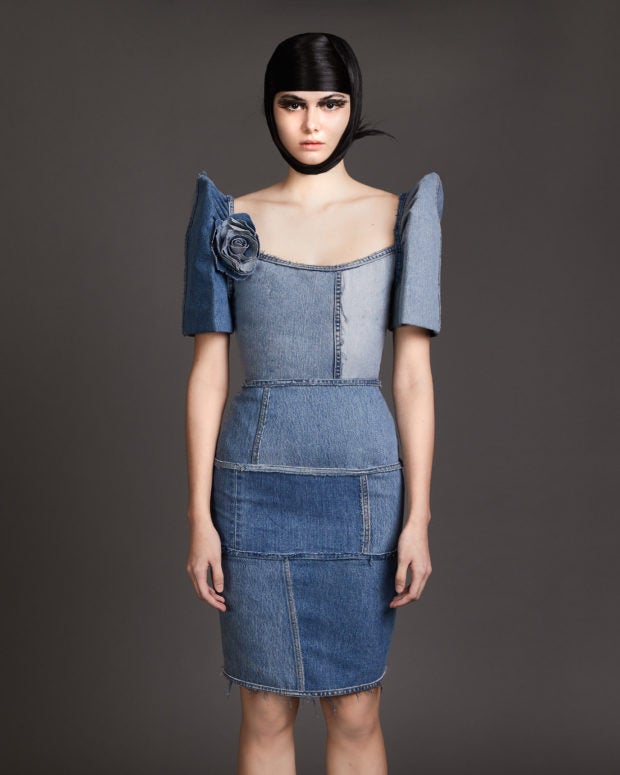 Tasha Buenviaje created a modern terno by using four pairs of repurposed denim jeans, which her cousin gave her from the United States. 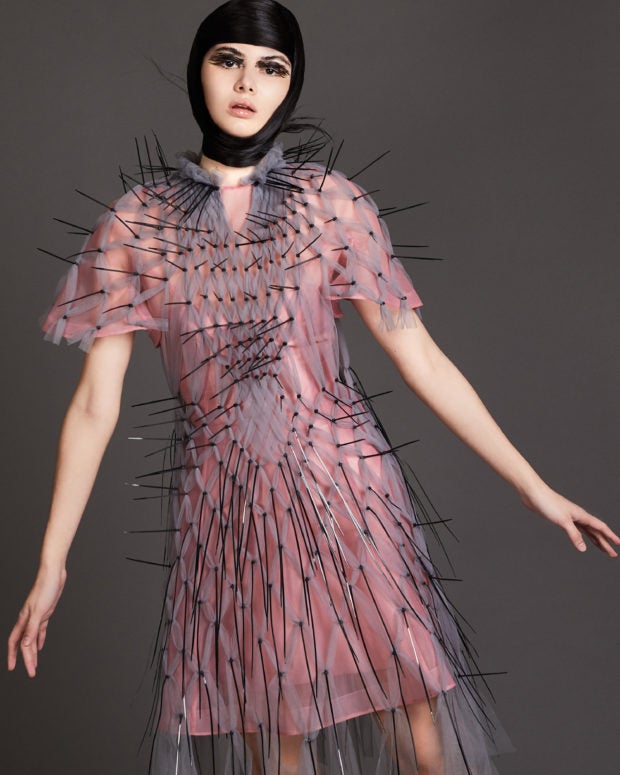 Jomar Saldo, who works in the IT (information technology) industry, used something very familiar to him: cable ties as accents for a dress. The tedious process involved a lot of trial and error to achieve the look. Numerous attempts were made to integrate the cable ties into the dress to complement the design and not make it appear overly done. In the end, his work was one of the most memorable pieces in the exhibit.