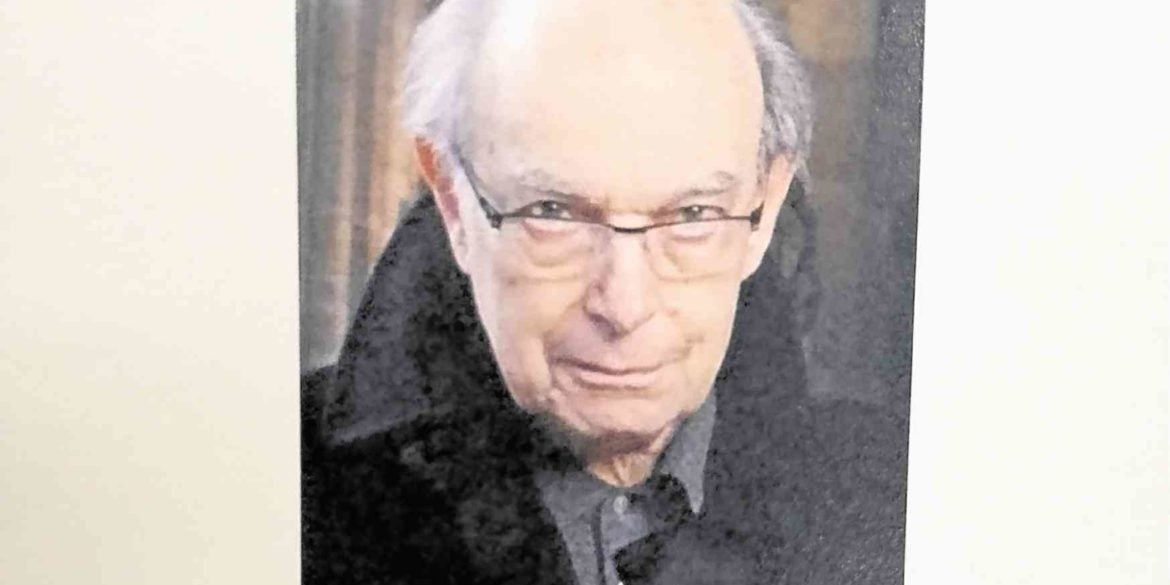 Four years ago, the Manila Symphony Orchestra (MSO) commemorated the historic first post liberation concert in the Santa Cruz church ruins on May 9, 1945 by repeating the program at the Meralco Theater.

A search was undertaken for any surviving musicians of that event, and two where identified—lead clarinetist Earl Smith who lived in the United States, and Pilar Benavides Estrada, a 14-year-old violin student in 1945 who took a bow at the Meralco Theater concert.

A third musician was thought to be alive but could not be located. He was Imanuel “Imo” Willheim. Repeated communication to him elicited no reply, and recently news was received of his passing on May 8, almost 79 years to the day from the historic Santa Cruz church concert.

He had evidently been one of the Jews who fled to Manila (as described by Frank Ephraim) facilitated by President Manuel L. Quezon, and played in the MSO’s post-liberation concerts.

It is reported that his father had received an offer from the US (he was a doctor, I think) and they migrated there shortly after World War II.

He taught at the Hartt School and was reported to be, as carried in his memorial program, “an inspired teacher with intense theatrical flair, cutting humor, linguistic elegance, scholarly rigor and uncompromising academic standard.” He mentored generations of graduate students and supervised innumerable doctoral dissertations.

He was described as “a life force,” and it is a pity that we did not know more about him at the time of the Meralco concert four years ago. —CONTRIBUTED