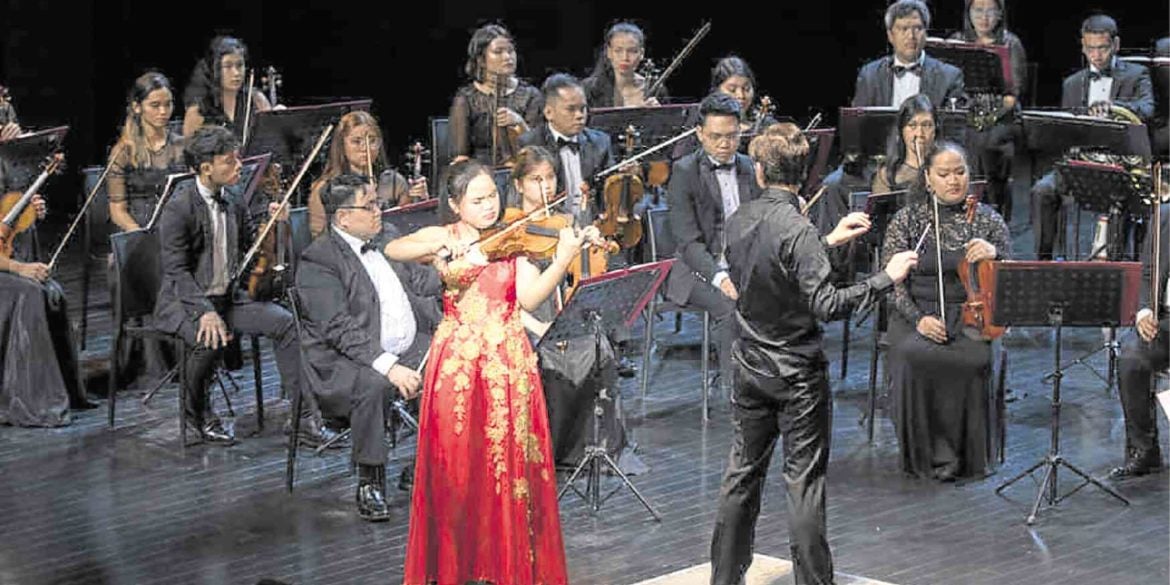 Peltokoski’s gift as chamber musician was in full view when he accompanied Marquez on Sibelius’ “D Minor Violin Concerto.”

The Sibelius concerto is considered the Holy Grail of all violin concertos; it is often categorized as a diploma-level piece in higher music education. Peltokoski and the MSO breezed through it with aplomb.

Marquez’s tone was solid and refined and she had rapport with the orchestra. Meanwhile the young conductor was in command, showing he knew the piece inside and out. The performance was one of the shining moments of the MSO.

A student of the Sibelius Academy in Helsinki, Peltokoski is a piano prodigy.

He said there was no conscious effort to shift from piano to conducting but he knew all along he was headed in that direction.

“Last year started with a lot of piano playing, a competition and a performance of Chopin’s E Minor concerto,” Peltokoski said. “After that, I had a lot of conducting courses and an audition for the Sibelius Academy. I got in, never finished high school and begun studies at the academy.”

“Of course,” he added, “I’ve played concerts since and I still do, but studying in the famous conducting class is a huge honor and responsibility. Nothing is more natural to me than playing the piano. But the truth is conducting is in many ways more ‘difficult’ than playing an instrument. Not in any technical sense, but in terms of the vastness of the craft. This has nothing to do with a choice to conduct rather than to play something. The real reason I wanted to conduct is that I love symphonies more than piano sonatas.”

He knew he had to do Beethoven’s “Fifth Symphony” from the way he has analyzed the music.

“Since there is a 211-year-old tradition of playing it, we know now in how many different ways it can be done. Earlier, it has been associated with the huge Germanic sounds of Furtwängler and Karajan, the one and only Carlos Kleiber, the authentic period approach of Harnoncourt and Norrington. It is a timeless classic, a truly immortal work of art which will never be forgotten.”—CONTRIBUTED