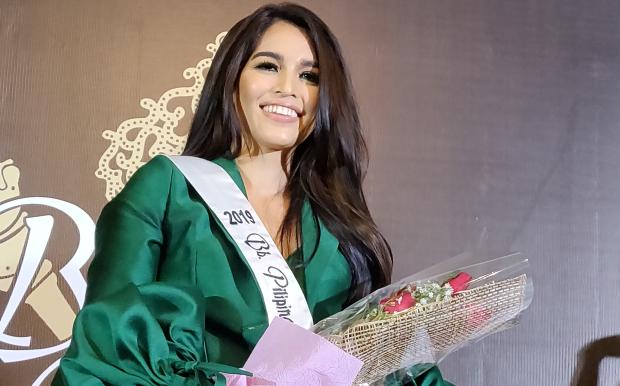 MANILA, Philippines — Controversial beauty queen Samantha Lo secured a fake passport with the aid of a “fixer,” it was learned in a meeting with her family, the Department of Foreign Affairs (DFA) and the Binibining Pilipinas Charities Inc. (BPCI).

In a statement released by BPCI on Monday morning, the organization broke its silence on the reported fake passport that caused Lo’s detention at the Charles de Gaulle Airport in Paris last week.

The national pageant organizer said: “During a meeting last week with Samantha, her parents and officials from the DFA and BPCI, it was admitted by [Lo’s] parents, that she secured her passport through a ‘fixer.’”

An insider said it was her father who revealed this information to the DFA.

In a post on her personal Instagram account on Saturday, Lo said: “My local organizer, who handled my travel preparations, failed to equip me with the proper transit visa that may have enabled me to complete my earlier trip to [Venezuela].”

BPCI refuted this, saying: “Upon hearing of her situation in Paris, we immediately called upon DFA to assist her, and they did.”

The organizer added: “We are grateful for the intervention of Undersecretary [Brigido] Dulay, which otherwise would have resulted in very serious consequences for Samantha. We wanted to support Samantha and help her resolve this. However, in the last few days, we were no longer able to contact her or her family.”

Her training camp Aces and Queens, when sought for comment, also disclosed that they could not get in touch with the beleaguered beauty.

Part of the requirements for a Binibining Pilipinas winner is to secure a Philippine passport.

Florida-born Lo, who claims to hold dual citizenship, is said to carry passports issued by both the United States and the Philippines.

“[Lo] also holds a US passport and, therefore, a transit visa is not needed. Past Binibini queens have done this and have encountered no problems in their travels without transit visas,” BPCI shared.

The organizer said it chose not to make any statements before Monday “in deference to an ongoing investigation into the matter and to protect Samantha’s privacy after revelations of a fake passport had put her in this situation.”

BPCI added: “Due to her social media post, BPCI is forced to make a statement to ensure that only facts are presented, nothing else.”

In a Facebook post, Lo’s fashion designer, Edwin Uy, confirmed that the beauty queen reached out to him after flying back home from Paris.

Uy said he made a new costume for Lo to wear to the international competition, but the beauty queen left it in Paris because she was not able to pay for the excess baggage charge for her flight back to Manila after being detained by the French immigration authorities.

“Sam’s time was so limited when she decided to still push through to compete. She messaged me the night before she left for Venezuela asking for help for her national costume,” the designer said.

Uy said Lo’s luggage from Paris was expected to arrive in Venezuela on Thursday, but it would be two days after the scheduled national costume competition.

Asked whether Lo’s participation in the 2019 Miss Grand International pageant in Venezuela still has BPCI’s “blessing,” the Inquirer’s source said the national pageant still holds the Philippine franchise for the global tilt, and not personally by Lo.

The insider refused to confirm Lo’s current status as a titleholder in the national pageant organization but said BPCI’s investigation was still ongoing.

Lo will try to become the first representative from the Philippines to win the Miss Grand International crown.

A pageant veteran, Lo had seen action on the 2017 Miss Mandaue pageant. In the same year, she was crowned Bb. Cebu-Tourism in the inaugural Bb. Cebu pageant in 2017.

In 2018, she was proclaimed Best Model of the World-Philippines in the Global Asian Model Philippines contest.

Nicole Cordoves is, so far, the Philippines’ highest finisher in the Miss Grand International pageant. She was the first runner-up in 2016.

Lo is up against 59 other delegates in the seventh Miss Grand International pageant.