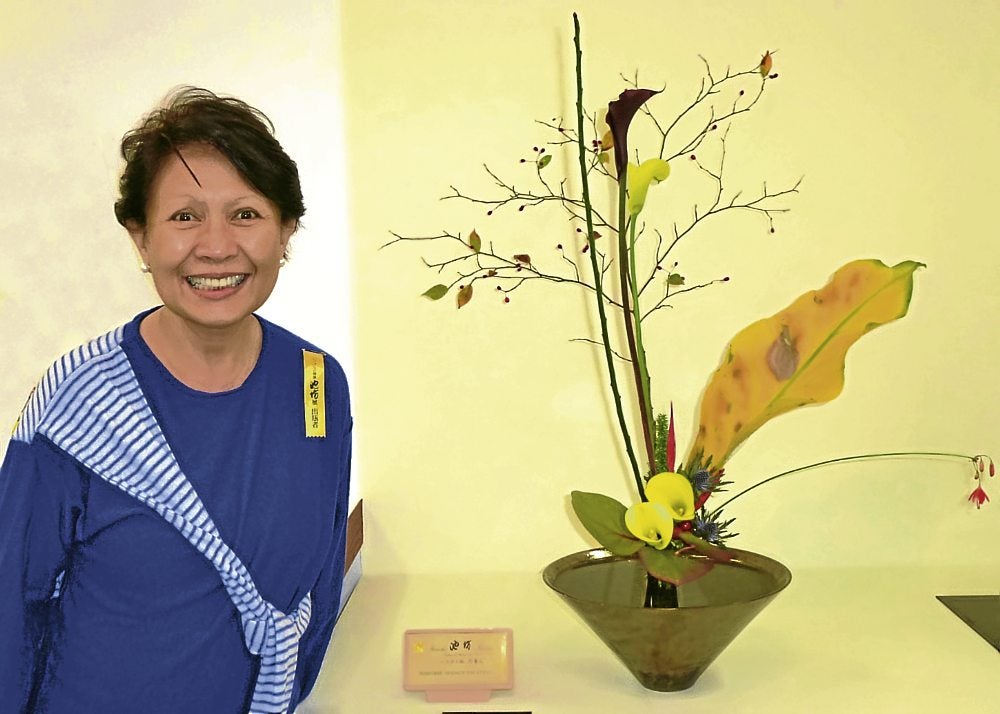 Now, the couple may meet only once a year—on the eve of the seventh of July—by crossing the Milky Way. If it happens that the rains should come, the star-crossed lovers will have to put off their tryst for another year! This break did not stop them, however, from looking forward to their next meeting.

To celebrate this romantic story, the Japanese people write poems and special wishes on colorful strips of paper called tanzaku, and hang them from the limbs of bamboo and sakura (more popularly known as cherry blossom) trees.

The feast, known as Tanabata, has gradually developed, and is now observed in Kyoto in November to allow the ikenobo populace to participate. July is a busy farming period, which ties many Japanese to the soil.

The celebration includes the biggest Autumn Ikenobo Ikebana Exhibition in the world in Kyoto, with about 700 ikebana enthusiasts, mostly Japanese, participating.

Last year, the Autumn Ikenobo Ikebana Tanabata Exhibition of 2011 was held at the Ikenobo Headquarters and Takashimaya Department Store in Kyoto, with myself as the lone Filipino invitee and participant. As it turned out, most of the Japanese participants were pleasantly surprised that a foreigner could come up with a rikka shimputai (a modern adaptation of the classical rikka arrangement from the Ikenobo School) arranged in the style of the Japanese masters.

The exhibit of floral compositions was so refreshing and awesome, with many of God’s gifts to man all arranged in the style of Ikenobo, the originator of ikebana or Japanese floral art.

Guests could not stop gushing over the way the plants and flowers were presented. Of course, the leaves assuming autumn colors helped create the ambiance.

It seemed as if even the swans, ducks, love birds, and kois in the Ikenobo ponds and gardens rejoiced during the festivities. They seemed to be aware of the romantic meeting.

As we go back to remember the essence of the annual Autumn Tanabata Exhibition in Kyoto that commemorates the tryst of the Princess Weaver Star and The Cow Herder Star, how would you like to view the exhibition yourself someday, and wish upon a star?