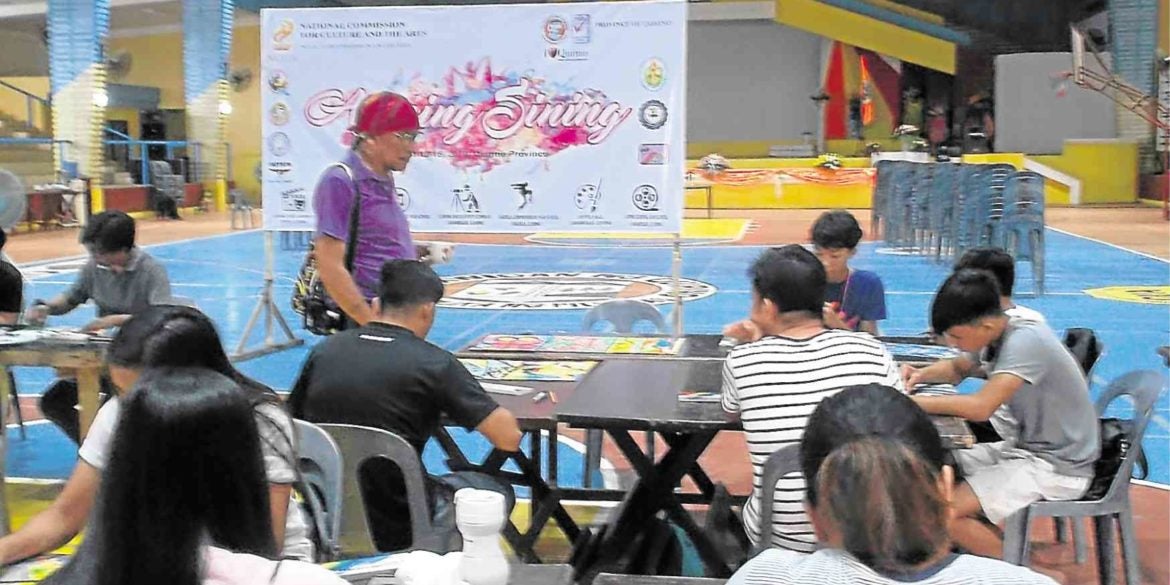 You don’t hear much about Quirino province, small but scenic, unless a storm is approaching the Cagayan Valley (Region 2). However, those who are tourism-oriented or sports-minded know Quirino for its rapids, falls, caves, Siitan’s Nature Park, with its river cruise along the Cagayan River; Maddela Ecotourism Park, Landingan mountain ranges and the water sports complex in the capital town of Cabarroguis. (tel. 0917-5000162).

The political leaders of the province are a father-and-son team, Rep. Dakila Carlo Cua and Gov. Junie Cua.

It was in Quirino that the National Commission for Culture and the Arts (NCCA), chaired by National Artist Virgilio Almario, held its latest workshops for the seven lively arts: Architecture and Allied Arts, Cinema, Dance, Dramatic Arts, Literary Arts, Music and Visual Arts.

The participants were students, teachers and employees of the Department of Education.

The allied arts workshop participants focused on landscape art. Looking like gardeners, headgear protecting them from the sun, they worked to improve the surroundings before one of the villas in a posh subdivision and documented this. And when completed, they presented the results to all the contingents in the grand finale.

The cinema participants went around interviewing, visiting the attractive features of the province. And then, hunched over laptops, listening to the suggestions of the facilitator, conferring with one another, looking at the images of the screens, they created the film which served as the output.

The dance participants were divided into three groups, created their own choreography, inspired by a ritual chant by folk singer Grace Nono; and then they merged these three results into one big production number for the final presentation.

The drama group members were guided on stylized movements, delivery of lines (at times stentorian, Greek chorus-style), and emoting. Like the world of theater, it was a combination of drama, dance, stylized choreography, with percussion instruments punctuating each scene.

The literary participants did not focus on the short story or poetry but on creative nonfiction, using the definition of author Theodore Rees Cheney that “it is a more imaginative way of reporting.”

The music participants were first divided into male and female choirs as they rehearsed the folk song “Magtanim ay ’Di Biro,” arranged by Darren Vega. They were then joined into a mixed choir, the sopranos and altos blending well with the tenors and baritones.

The visual arts participants were supervised by visual artist Edgar Fernandez, no less. They each worked on their separate pieces, abstract as well figurative, which were then cleverly assembled into a unified whole.

“Education carries with it our commitment to culture and art,” said Representative Cua. “This is a day to emphasize the importance of the arts.” —CONTRIBUTED