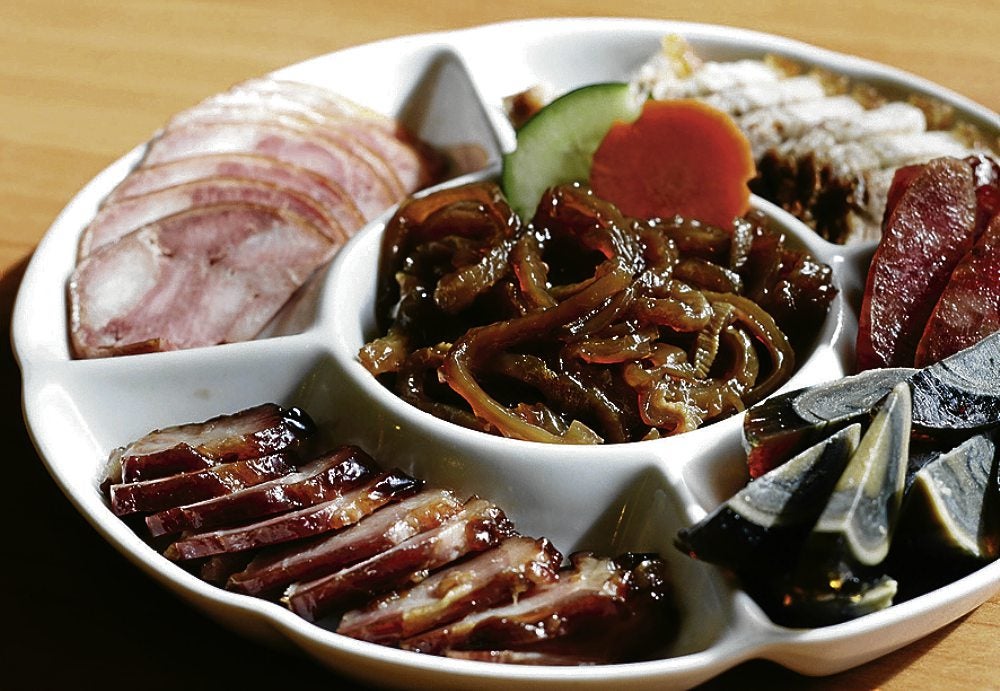 Cantonese food with Spanish flavors enjoyed by Filipinos in a restaurant with American country interiors—sounds confusing?

Comida China de Manila isn’t at all confusing. Its recipes, after all, have been around since the early 1900s.

Comida China de Manila along C-5 in Pasig serves “prewar Chinese food as it was served in Binondo,” or, as president Benny Torres calls it, “mestizong Intsik” cuisine.

He explains how it has evolved from a humble panciteria in Binondo to a full-service 400-seat restaurant in Pasig.

Chinese settlers in Old Manila made panciterias pretty popular in the 1900s. His grandfather, Renato T. Torres, opened one; he was born to a Chinese grandmother and a Spanish grandfather. He married Belen, a Filipino.

Renato opened the panciteria at the end of the Spanish regime. Serving what would be considered now as Chinese comfort food, it grew into a restaurant, and Panciteria San Jacinto was opened in 1996 in Pasig.

Since the term panciteria is too limiting for the revised full menu, last year the place was renamed Comida China de Manila. “Comida China,” in Spanish, is “Chinese food.”

The dining area is designed like a typical Chinese restaurant. The five function rooms are decked differently—they have a wood country cabin theme.

Pinsec Frito, a popper of an appetizer, is a plate of deep-fried wanton triangles filled with minced pork or shrimp balls—a favorite among kids.

The restaurant is usually popular among families celebrating milestones. Among the favorites are Ampalaya Con Carne (tender beef with ampalaya slices in a thick sauce) and the Camaron Rebosado con Jamon, a “classic Binondo dish.”

Camaron is fried brown bun—chunky, flavorful shrimp meat coated in bread crumbs, wrapped in Chinese ham, then deep-fried. The slightly sweet shrimp goes well with the salty ham, and the batter gives it a good crunch. The dip is sweet and spicy.

Those who prefer non-meat fare may have the Beancurd with Fish—fresh, silky tofu and battered fish fillet with sweet-salty sauce, a saute of garlic, tomatoes and yellow beans; or the Fried Lapu-Lapu with Sweet and Sour Sauce.

What sets Comida China apart from other Chinese restaurants? Torres banks on the fare’s novelty.

“The names of the dishes, a mix of Spanish, Filipino and Chinese, depict mixed cultures,” he said. “We also make sure to use the right ingredients, and the food is served freshly cooked.”

Dredge the fish fillet in flour and dip in beaten egg, salt and pepper mixture. Deep-fry until golden brown and set aside. In a wok, heat cooking oil. Briefly sauté garlic, then add the ginger, green pepper and black beans. Add the soy sauce, oyster sauce, sugar and stock, and let it boil. Thicken the sauce with the cornstarch dissolved in water. Add the fried fish fillet to the sauce and let it boil. Remove from heat and pour contents into a serving platter.

Good for two to three persons.