Stella Abrera is a dancer in a hurry | Inquirer Lifestyle ❮ ❯ 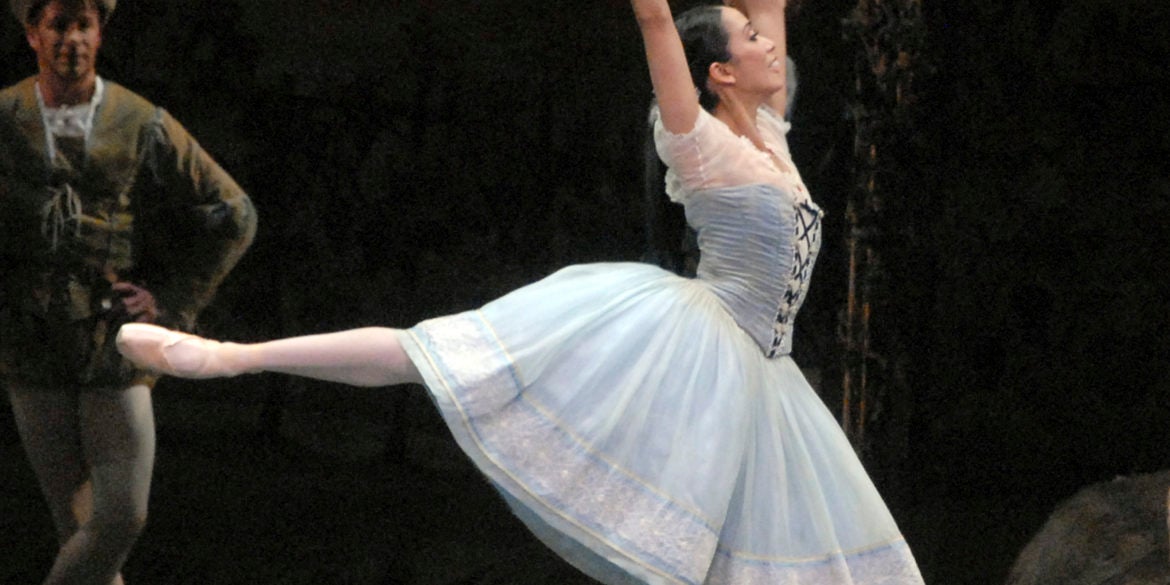 Stella Abrera is a dancer in a hurry

Stella Abrera arrived in the Philippines in 2014 on the heels of a ferocious storm that wiped out entire towns and villages, so that her premiere performance in the country was under threat of cancellation. Because of the bad weather, the formal Filipiniana dress code at the Cultural Center of the Philippines was toned down to a come-as-you-are event on the instructions of Ballet Philippines president Margie Moran Floirendo. Ticket holders braved the tail-end rains: The show must go on.

And it did. And it was a night to remember. Abrera and partner James Whiteside danced as though the only storm in their lives was the tragedy of the characters they played, Giselle and Albrecht.

Before the performance, Stella Abrera was hardly known in the country, save for diehard balletomanes, dancers and teachers. But following “Giselle,” she instantly became a name on many lips. And more so when it was announced a few months hence that she was promoted from soloist to principal dancer; the first Filipina ever to reach that status at the well-respected American Ballet Theatre (ABT), where some of the world’s greatest names in ballet left their mark—Mikhail Baryshnikov, Natalia Makarova, Alicia Alonso, Cynthia Gregory, Alexander Godunov, Erik Bruhn, to name a few.

James Whiteside, an ABT principal dancer since 2013, is an unusually gifted and multitalented dancer, composer, model and recording artist. He is also known as “JbDubs” in his alternative dancing persona as a contemporary dancer and choreographer. In both the classical and contemporary modes, Whiteside in outstanding and cuts it right. (We hope to see him perform his contemporary pieces someday soon on Philippine stage.)

Persistence seems to underscore the life and times of Abrera. Instantly drawn to the dance at age 5, she has never turned back since.
Persistence and passion were the driving forces that made her survive through what could have been a premature end to her dancing days. A crippling injury in her leg and back got her off her feet for a good 18 months, where even walking became a difficult and painful challenge. The threat of her never dancing again was very real.

The timing couldn’t have been worse, as she happened to be in her dancing prime. By sheer determination, she didn’t stop seeking the proper medical help, while going through a slow exercise process which eventually get her back on her toes again.

One of her first acts when she came to perform for the very first time in the Philippines, was an impromptu donation she made to the storm-beaten province of Samar. Her main purpose for coming, however, was to raise funds for the educational program of the Center of Excellence in Public Elementary Education (Centex), Ayala Foundation’s flagship education program, upon the invitation of Sofia Zobel Elizalde, founder and directress of Steps Dance Studio, herself a former principal dancer of Ballet Philippines.

Back with ABT rising stars

And now, she is back for the second time in “Stella Abrera & Rising Stars of American Ballet Theatre Featuring James Whiteside, principal dancer, American Ballet Theatre.” With her, the six newly appointed ABT apprentices are Leah Baylin, Kanon Kimura, Melvin Lawovi, Joseph Markey, who have just graduated from ABT.

Since Radetsky became artistic director of the ABT Studio Company, Abrera has grown more aware and proud of the important work the company does. “I see a parallel in the missions of Centex and ABT: Both organizations offer a sanctuary where young people can be nurtured by passionate mentors to go on to bright futures,” Abrera shares. “These lucky dancers spend one or two years, not only honing their technical skills, they also have a safe place for artistic exploration—reaching for the ultimate goal of finding employment with either ABT or other notable ballet companies.”
Then, again like a sudden gale force, Abrera has announced her retirement from ABT with a farewell performance at the Metropolitan Opera House in New York on June 13, 2020, dancing the title role of “Giselle.”

After just five years as one of ABT’s principal dancers, and 24 years with the company, Abrera is venturing on. In 2014, she founded the charity Steps Forward for the Philippines, whose beneficiaries were the typhoon victims in Guiuan, Samar.

Then in 2018, she created and raised funds for the Stella Abrera Dance and Music Hall at Centex in Batangas. She is also the director of Pro-Studio/ Stella Abrera, a training and coaching initiative for professional dancers which was launched in 2019 at Kaatsbaan Cultural Park for Dance.
The phrase “giving back” has almost become a common catch phrase for perhaps a one-time-big-time reciprocal act. But in Abrera’s case, her “giving back” will be ongoing programs that will occupy her, perhaps for the rest of her life.