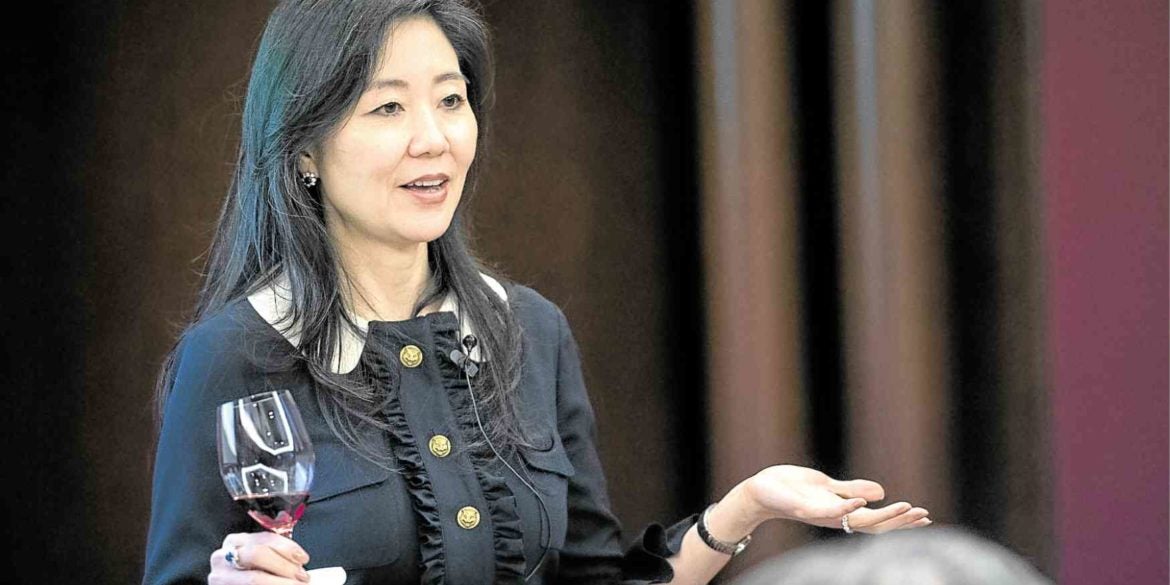 It acknowledges even under-the-radar wineries—‘China can produce world-class wine, even in Yunnan mountain at 2,600 meters in altitude’

For the past two years, Resorts World Sentosa (RWS) in Singapore has had amazing runs of The Great Food Festival, where award-winning and Michelin-star restaurants gathered for a multiday gastronomic blowout, introducing over 30 signature and new dishes to the public.

This year, the group took it a notch up by not only serving savories and sweets but also pairing them with Sauvignons chosen by internationally renowned sommeliers.

Tagged The Great Wine & Dine Festival, the ticketed event at the RWS West Ballroom and Foyer Oct. 10-12 was a celebration of food and beverage by some of the best chefs and sommeliers in the region. The master classes were a venue for learning more about the grapes and the issues surrounding them.

And since the festival partnered with the Japan Sake and Shochu Makers Association, a handful of select breweries gave out samples of sake from a variety of prefectures, including Akita, Yamagata and Hyogo.

Genting Singapore presented the inaugural Wine Pinnacle Awards, a nomination-based recognition of wines without restrictions on origin or need for submissions or entry fees.

It is the first of its kind in the world, providing an independent platform that allows for greater inclusivity, acknowledging even young wineries (under 40 years), those that operate with sustainable practices, as well as those that are under the radar.

“It’s very heartening to uncover wines that are underappreciated, as well as highlight the very best wines in the world to give them the recognition they deserve,” says Jeannie Cho Lee, the first Asian Master of Wine. “We are learning and already thinking of ways to improve the Wine Pinnacle Awards in the coming years, with a clear goal of providing an authoritative platform to showcase the most deserving wines and wine personalities from around the world.”

Joining Lee in the judging panel were equally respected wine experts—Kenichi Ohashi, Master of Wine and sake expert based in Tokyo, Japan; Doug Frost, Master of Wine, Master Sommelier and wine consultant based in Missouri, US; United Kingdom’s Oz Clarke, book author and leading wine expert; and Sweden’s Andreas Larsson, named Best Sommelier of the World in 2007 by the Association de la Sommellerie Internationale. (Master of Wine is a qualification issued by the UK-based Institute of Masters of Wine.)

The jury received 1,069 nominations, and through anonymous online nomination and process of elimination, winners were declared in each of the 27 award categories. They were named during a black-tie ceremony held at the RWS Ballroom Oct. 10.

Among the labels that emerged on top were Ao Yun for Best Chinese Red. According to Lee, this brand proves to the world that “China can produce world-class wine, even in the most remote and challenging conditions—in Yunnan mountain at 2,600 meters in altitude.”

Best Friend of the Earth or the most environmentally conscious award went to Miguel Torres from Spain because, according to committee member Frost, “by focusing upon sustainable actions, beyond more narrow and specific philosophies, they have challenged their peers and inspired countless others to live up to the standards of their unrelenting achievements.”

The crown jewel was the Grand Jury Award. The winner was chosen from among all the winners from the other categories and it was handed to Domaine Coche-Dury.

“It was a unanimous decision,” says Lee. “The wines of Coche-Dury are the epitome of great, age-worthy white Burgundy. Their global influence as a beacon of quality and dedication is widely recognized but what many may not be aware of, is that the estate remains small; still family-run, dedicated to quality and modest in price when the wines leave the cellar. We applaud the family’s ongoing dedication to crafting incredible, intense wines and influencing generations of white wine growers around the world.”—CONTRIBUTED

Special thanks to Resorts World Sentosa and Jonathan Tong