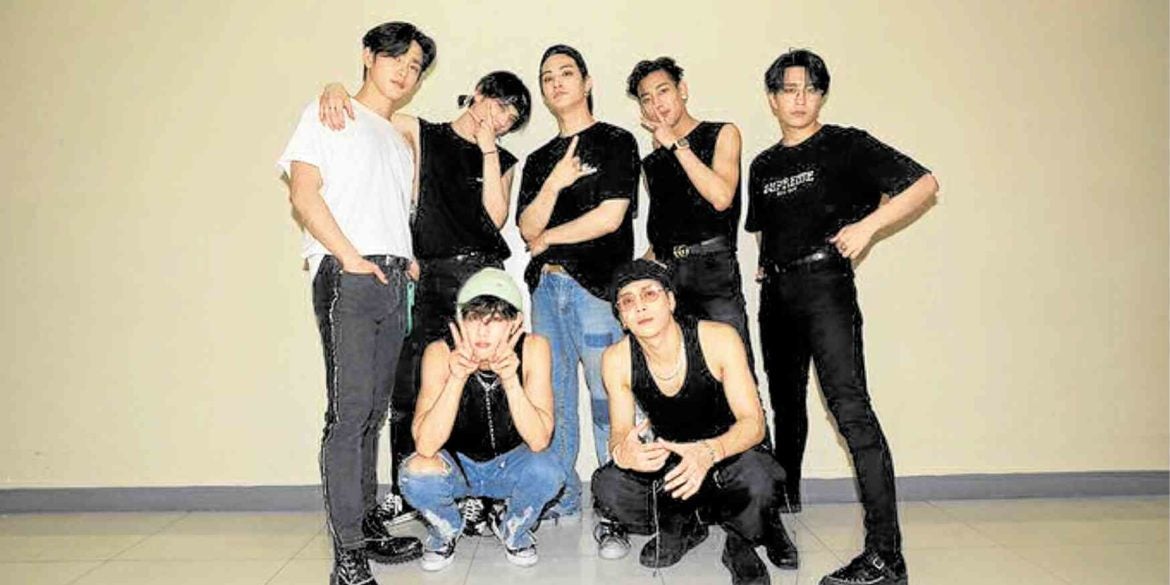 The dimmed lights sent the crowd into a frenzy. Hearts started beating faster than before, the feverish buzz was palpable.

The feeling was universally shared in the midst of a sea of green lights at SM Mall of Asia Arena one particular October night. There were feelings of excitement matched by rapturous screams, ultimately overpowered by the sense of happiness. Finally, we’re here.

The award-winning septet under JYP Entertainment sold out the arena, marking a triumphant return to Manila for their grandest show yet, the “Keep Spinning World Tour.”

The tour kicked off in Seoul last June, spanning the United States, Latin America and Europe. Manila marked their last show of the year, as they’re set to take Thailand’s Rajamangala National Stadium in 2020, their first-ever stadium show.

The boys opened the night with the atmospheric “Eclipse,” making their moon-lit entrance in elegant, dark outfits. The production left everyone gasping, with complex moving stages and brilliantly curated VCRs. The lights flashed along to the frenetic climax of hits like “Never Ever” and “Out,” adding to the whole experience.

As the stage plunged into darkness, JB emerged with his sensual solo “Ride,” leaving a trail of hearts in his wake. The achingly intense “Gravity” showcased Youngjae’s spectral vocals, followed by an explosive performance of “God has Returned” and “Mañana” by the group’s multinational rappers.

The unit within the group—dubbed “AmeriThaiKong” in accordance with their home towns—included America’s Mark, Thailand’s Bambam and Hong Kong’s Jackson as they spit fiery bars in English, hyping the crowd with their unmatched charisma.

Jinyoung and Yugyeom were welcomed with thunderous screams as they awed with a display of their dancing prowess through elaborate choreography in solo and unit stages.

GOT7 is undeniably talented, able to show the crowd how versatile they are. With dance breaks and remixes they’ve self-produced, the series of powerful performances are designed to knock the air out of you, an adrenaline rush quickly kicking in. The members’ energy on stage is contagious, making the crowd enjoy every beat drop and note change all the more.

“GOT7 is back,” Jackson excitedly said when the boys introduced themselves to the Manila crowd. The members had a little fun with Filipino fans as they chant the phrase, “walang uuwi” (no one’s going home). It’s an inside joke that reverberates throughout the venue, with the boys even making a song out of it.

Ephemeral spotlights shone on each member as they sang “1°” a B-side produced by Yugyeom. Everything was meticulously timed, with stage lights designed to create a haunting mood as the boys expressed their earnest yearnings: “Look at me, I’m afraid.”

The narrative premise of the “Keep Spinning” tour was an offshoot of their May 2019 mini-album, “Spinning Top.” In their sixth year as a group, GOT7 had no qualms talking about their vulnerabilities. It’s a welcome candor that they bring onstage.

Similar to an eclipse, the concert’s set list transitioned from hard-hitting numbers to brighter and more playful stages. The members were vibrant and brimming with energy as they performed fan favorites “Page” and “Teenager,” each song melting into the next, as everyone partied in tune with the rosy beats.

The night took a more emotional turn when the Take Me To You project took the screen, prepared by Ahgase Philippines.

The video easily spelled it out: It’s been nine albums and two world tours, yet nothing has changed for Filipino Ahgases, GOT7’s fandom.

“We wanted to tell a story… what we did while they were away and though we missed them so much, we really waited faithfully and stuck with them through everything,” the project organizers said.

Heartfelt messages of support and gratitude were delivered to the boys while bright lights and the soft chorus of “Let Me” filled the venue.

It was a resolute culmination of years of waiting, as gentle sobs broke out in the crowd, and even onstage. Mark couldn’t hold back tears. “We’re glad that you guys had fun… we’re not sure if it’s gonna take another three years… [but] we will come back,” he promised.

“It could be three years or three months, who knows… the passion that you guys showed tonight is just another level,” Jackson added.

Despite the huge venue, the night was met with warmth and intimacy. GOT7 thrived on their closeness, not just with each other, but also with their fans. They’ve developed their own idiosyncratic way of gripping their audience, always wearing their hearts on their sleeves. May it be Youngjae comparing everyone to his beloved dog, Coco (something fans know as an honor), or Bambam saying the Philippines was like family since he hails from Thailand.

What GOT7 does is move you, in every sense possible. Music is at best, a shared experience among strangers, the whole night making it so easy to dance along in a crowd, to scream the wrong lyrics off-key without care. It makes you wonder how one night can bring so much comfort to thousands, and how the sincerity of these seven boys bring so much joy to many.

“Thank you for letting the ordinary us shine,” Jinyoung said in Korean. The boys performed remixes of hits like “Fly” and “Girls Girls Girls,” surprising the crowd with a five-song encore. They took their time, thanking everyone at the venue as they said their farewells. It was a three-hour show that was three years in the making, and it was definitely worth the wait.

I spent the better half of the year preparing for this one night. I was a little overwhelmed when they announced the Manila stop. I wanted everything to be perfect, from picking a great outfit to even pestering my friend to teach me how to put on makeup. It seemed a little too much, but I wanted to look and feel good as I was going to be surrounded by the things that made me the happiest, my friends and the music that I loved.

Watching GOT7 in concert is probably the second-best decision I’ve made in my life; the first would be that I decided to become a fan.

When the green lights swayed to the dulcet beats of “Thank You,” GOT7’s ode to fans, I was at ease. It’s cheesy, but the night with GOT7 felt like I was coming back home. Chasing happiness is a little different for everyone. I found mine supporting seven boys who just really, really, love to make music—I have no regrets.