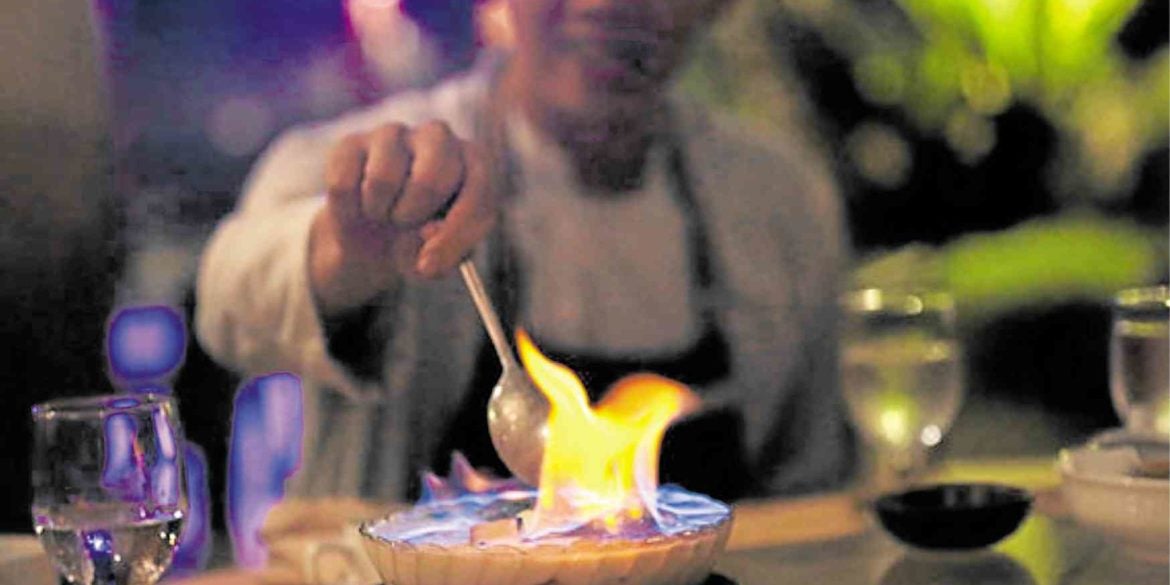 Palawan is best known for its sights. There’s stunning Kayangan Lake in Coron, along with the wondrous sunken World War II shipwrecks.

In El Nido, there are limestone cliffs and beaches, while in Puerto Princesa, there is the Unesco World Heritage Site that is the Underground River.

On our recent trip to Puerto Princesa, we discovered that there is also much to be experienced in terms of culinary delights.

Our first stop was the SM mall in Puerto Princesa, which is unlike any SM property we have seen. This branch of SM has the best view in the Philippines, overlooking Puerto Princesa Bay.

Only two years old, SM City Puerto Princesa lies close to the airport and wharf, and has three levels for retail space.

Local brand Isla Casoy de Palawan is an absolute gem of a find. Apart from pastas, sandwiches and rice meals, they serve an excellent drink they call Cashew Café American—espresso coffee with hot water, plus a spoonful of their homemade kasuy syrup.

The creamy, nutty flavor of the syrup perfectly complements the earthy flavor of the coffee. The store also sells Cashew Nut Butter and other cashew-based delicacies.

Next stop is Isla Casoy de Palawan’s neighbor, McCoy’s Brickoven Pizza. The pizza shop is a favorite among the locals. Their bestseller, McCoy’s special, is on par with the quality of pizza in Manila. We also tried their Cheese and Garlic and Vegetarian options.

The first establishment to introduce Japanese food in Palawan is Tadzmaki Sushi Asian Restaurant. Owner Adrian “Tadz” Coronacion told us, “We were the ones who introduced the sushi in a bilao concept here in Puerto Princesa.”

Their Crunchy Maki Roll is made with rice, crunchy flakes and fish roe. The restaurant also offers Filipino fare.

Another discovery in Puerto Princesa is Viet Ville Restaurant, for authentic Vietnamese cuisine. The name pays homage to the Vietnamese “boat people” who fled to the Philippines in the ’70s.

We were amazed at the authenticity and taste of the offerings. Their spring rolls are fresh, their banh mi dishes chewy and tasty. Their bho kho (Vietnamese stew) has vegetarian, pork and beef variants. Especially good is their chicken with lemongrass and their spicy spareribs.

Balayong Grill and Bar is named after the Palaweño festival that celebrates the blooming of cherry blossoms.

“I wanted to imbue the dishes with flavors that make them uniquely Palaweño,” said chef Cesar Rex Tomen. “There are a lot of immigrants in Palawan. And I want to assimilate all these flavors.” The Cashew Butter Seafood Kare-Kare, Ube Lumpiang Ubod, and Crispy Pancit Luglug were all excellent.

Another must-try: their halo-halo, served with liquor, and then set aflame, leaving a unique rum flavor.

When in Puerto Princesa, a visit to the Underground River is a must. The cave is a wonder to behold. We also did a bit of island hopping in Honda Bay. We had lunch at Cowrie Island, where they served beach favorites like barbecue, fried chicken and deep-fried shrimp, buffet-style.

We also visited the Palawan Wildlife Rescue and Conservation Center, then ventured to Cacaoyan Restaurant, a quaint place with a rustic ambiance. Tourists flock to the establishment, as the restaurant is conveniently located near the jump-off points for popular destinations.

An import from Manila is the Astoria Palawan Resort. We had dinner at the swanky new development, and filled our tummies with roast beef, pork knuckle osso bucco and roast chicken.

Their award-winning drink is the Dirty Mansi, made of mint, calamansi, honey, rum and tamilok (woodworm). The drink won the first cocktail challenge in the Mixology Subaraw League.

Our last stop was Kusina ni Tito Ernie, run by siblings Rosal and Pablo Ignacio Lim. The restaurant offers excellent home-cooked food, with ingredients taken from the family’s own farms.

“This place is actually our old house, and all the recipes we use are everything we eat at home,” said Rosal.

We tried their tortang talong with tinapa and smoked pork sinigang, which was particularly good. Their house bread is also delicious, made with kamote flour, and the mango jam is a must-try.

The Lim family also runs the Rurungan sa Tubod, a foundation started in 1999 to give livelihood for the locals. The initiative was started to help locals stop the practice of kaingin (slash and burn farming), and shift to more sustainable forms of work.

Going home, pasalubong is in order. We headed to Baker’s Hill, where they sell hopia, ensaymada and other baked delicacies. The hopia comes in all the usual flavors, but the ube and pork variants are particularly good. There’s also their chocolate crinkles, and their uniquely flavored salt and caramel pastillas.

We headed home with full tummies and great memories. We can’t wait to return to this place, a true princess among cities.