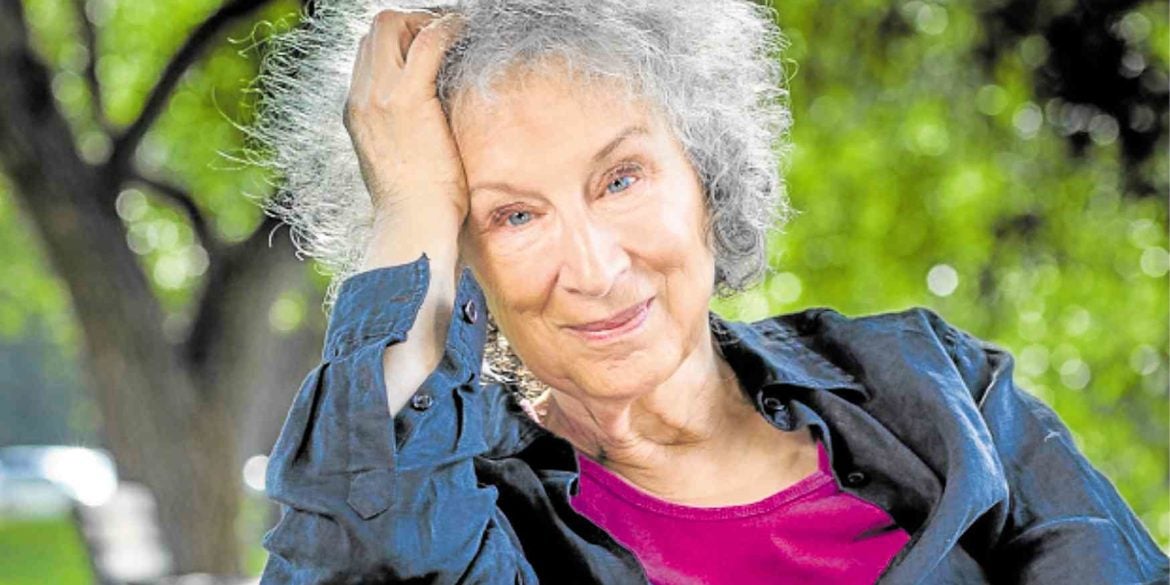 Few writers are as identified with one book as Margaret Atwood with her 1985 dystopian masterpiece “The Handmaid’s Tale.” Atwood is a very prolific and profound writer; her bibliography takes up two pages. But “The Handmaid’s Tale” was like nothing that came before it, electrifying and terrifying readers with its vision of the Republic of Gilead, the religion-based government that is suppressing the rights of women among many other evils. It stunned because it was as unthinkable as it was possible. Atwood’s world-building—particularly the color-coded hierarchy of Commander’s Wives, Handmaids, Aunts, Econowives—was detailed and concrete. “The Handmaid’s Tale” was so good it’s been adapted several times, most notably the 2017 Hulu series starring Elisabeth Moss that’s won various awards and has been renewed for its fourth season. By the way, the Philippines is actually referenced in the epilogue of “The Handmaid’s Tale” as the source for that book’s violent use of the word “salvaging.”

Atwood has waited 34 years to return to Gilead, and has offered up “The Testaments” (Nan Talese/Doubleday, New York, 2019, 415 pages).

Set 15 years after the events of “The Handmaid’s Tale,” “The Testaments” departs from the original in form. Instead of a narrow focus on one character, this novel features three characters—Aunt Lydia, Witness 369A (Agnes) and Witness 369B (Daisy)—all of whom take turns telling their tales in first person. If “The Handmaid’s Tale” was painted red as it was all about the red-wearing Handmaids, then “The Testaments” is painted brown, as it’s all about the daily lives of the brown-frocked Aunts.

If “The Handmaid’s Tale” served as the readers’ introduction to the controlling, twisted world of Gilead, then “The Testaments” is the expansion of that narrative. It’s a bigger, darker world; a significant part of the book happens in Atwood’s native Canada, which shares a policed border with Gilead.

Aunt Lydia had previously appeared in “The Handmaid’s Tale” as a strict, vindictive character, as the Aunts trained the Handmaids whose sole purpose is to bear children for the ruling male Commanders. But this is a completely different take on Aunt Lydia, whose flashbacks allow readers to know who she was before Gilead overthrew the government. As one of the four Founders, Aunt Lydia had a front-row seat to the formation of the Republic. But now, she has something else on her mind and sets something in motion. “Beneath its outer show of virtue and purity, Gilead was rotting,” someone says. Agnes and Daisy have their own parts to play in this. Their contrasting personalities (and thus their contrasting narratives) also present entertainingly different perspectives on what is going on all around them.

“The Testaments” can easily be read by those new to the mythology though admittedly it starts off slow because of all the exposition and world-building. The novel really gets going once readers figure out which narrators are which (the icons which start each chapter help immensely).

But the greatest experience will be for those already familiar with “The Handmaid’s Tale,” as “The Testaments” zooms out and presents an entire world wrapped around Gilead, including a good look at Mayday, the resistance fighting against it. It may not seem like it, but the book really dovetails into “The Handmaid’s Tale” and when this is revealed, everything makes sense. The tense, furious rush to the conclusion will leave even the initially tentative readers on the edge of their pews.

Nobody writes quite with the flourish Atwood does. Her expansion on the workings of Gilead and the events behind its establishment would be so funny if they were not so frightening. Like all good speculative fiction, “The Testaments” does not ask could this happen (it easily could) but asks instead should it (your answer says everything about you). It is also chilling when one realizes that much of the thinking behind Gilead still exists in the real world today.

There is a definitive end to the Republic of Gilead (as attested to by the end of “The Handmaid’s Tale”) and this book ties into that as well. All the chapters are essentially artifacts of a bygone era that late 22nd-century academics—and the readers—are now trying to understand. This element turns “The Testaments” into an immersive, participatory reading experience.

All this is why Margaret Atwood’s “The Testaments” received the prestigious Booker Prize along with Bernardine Evaristo’s “Girl, Woman, Other,” and why “The Testaments” is now being developed as a Hulu sequel series to “The Handmaid’s Tale.” It’s the best kind of sequel, one accessible to newcomers but utterly convincing to fans of the original material.