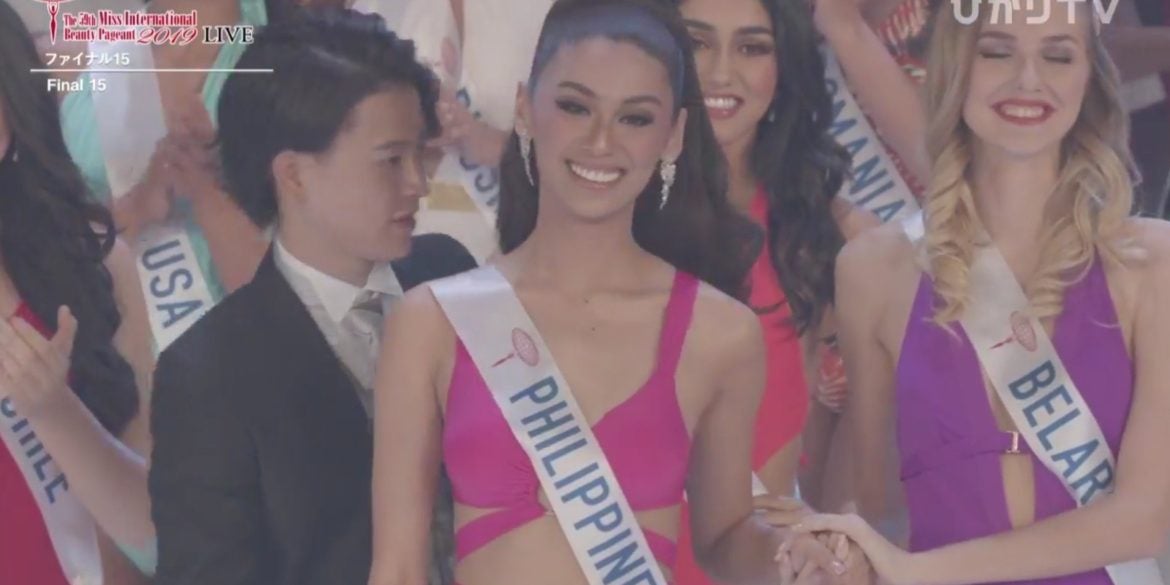 Magtanong recalled being subjected to standards as a child, and later on challenging it when she finally became a lawyer.

“When I was younger, I found it strange that I was subjected to different standards as other boys my age. When I got older and even more so when I became a lawyer, I began to question these standards and challenge them,” Magtanong said.

The 25-year-old beauty queen pointed out women should not live in fear and should instead be treated with respect regardless of their respective backgrounds.

“Why should women live in fear of harassment violence and discrimination when basic human decency calls for respect tolerance and compassion?” Magtanong asked.

“To cheer all women means to support all women regardless of their race, religion or background. But not only this, it also means to remove the barrier that prevents women from realizing their full potential,” she added.

Magtanong then highlighted how a pageant like Miss International becomes an avenue to promote “women empowerment and gender equality.”

“Miss International does this by fostering a global culture of women empowerment and gender equality and through this platform, we can ensure that no woman, anytime, anywhere is left behind,” Magtanong said.

Magtanong draws closer to the crown as she entered Top 8 of the competition.

The Philippines last won the Miss International title in 2016, when beauty queen and now-actress Kylie Verzosa bagged the crown.